Over 50 LPC students have demanded compensation and refunds from BPP University, claiming that its pandemic response has been "deeply unsatisfactory" and created an environment of "mistrust and anxiety".

In an open letter to the Vice Chancellor, the students said class sizes had swollen from 15 to 70 people, in contravention of the 20-student limit specified in the student handbook. The large online groups included students from other BPP campuses and made it "nearly impossible to maintain the same level of participation", said the authors. BPP staff are understood to have been furloughed, while others were hit with childcare duties.

"It is unfair that the brunt of these unforeseen circumstances should fall on students", said the open letter authors, suggesting that BPP could have hired temporary part-time tutors to plug any gaps.

Online teaching has been plagued with glitches, said the students, citing a three week delay to the trial of an exam invigilation program which then broke down in the assessment.

Issues which were unique to online tests had not been properly anticipated, said the students, such as exams which required students to refer across multiple tabs, which "severely prejudices anyone with a slower internet connection and makes it unnecessarily difficult to keep track of information".

A student who contacted RollOnFriday claimed that one class was taught by a tutor via his iPad while he was on holiday in Berlin. "We had a blank screen for the whole session", they said. "A full day of class was completed in half the bloody time".

"Then on the second batch of classes, we got a small message pinged on Teams chat from this tutor that he was not feeling well and class is cancelled, around 9.34am. That’s it. The issue was that only those already logged on saw this and the majority of the class had no idea what was going on until we had to inform them".

The open letter echoed concerns about communication failures. "Many emails go entirely unacknowledged", said the LPC students. "When they are replied to, they are often replied to too late for any difference to be made". 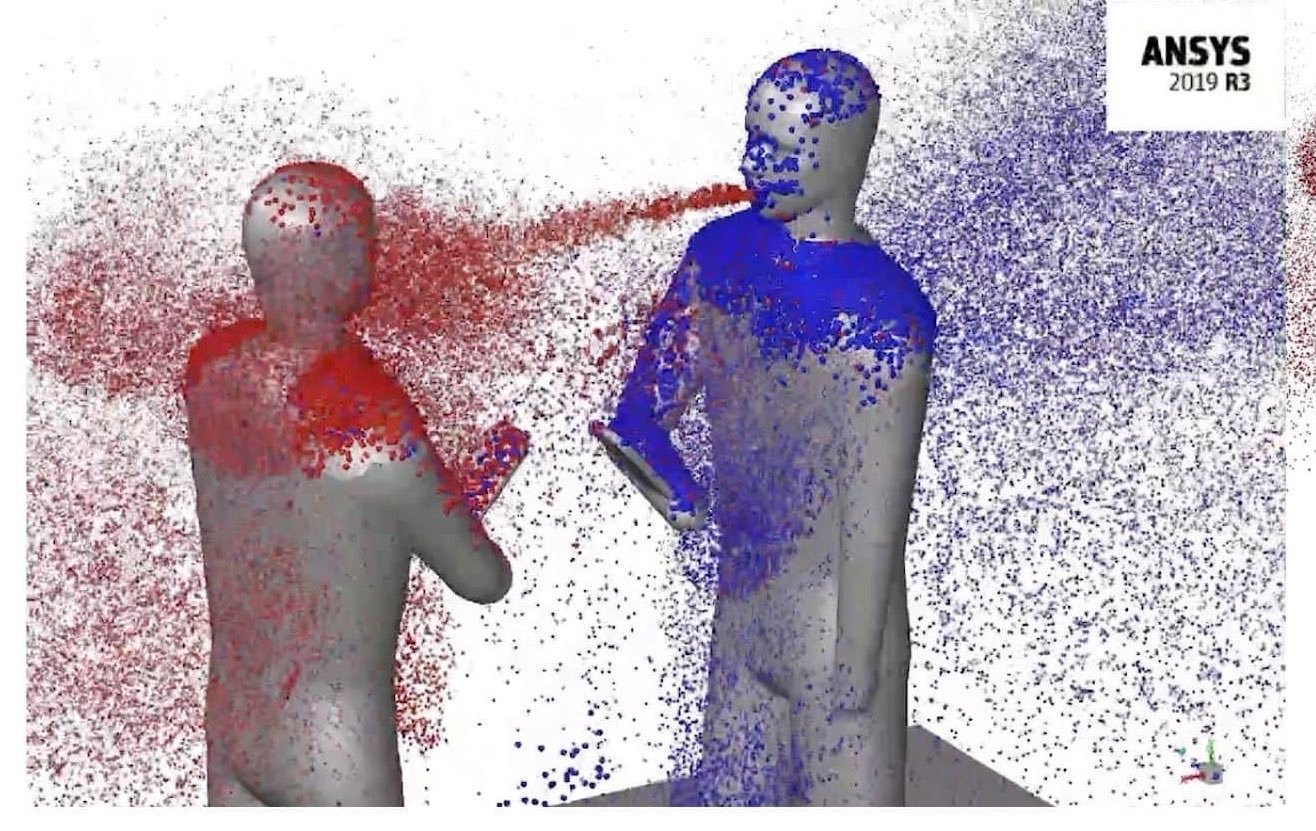 "We demand a refund and compen-aaargh!"

However, the University’s Student Finance Team "has managed to contact students on a nearly daily basis to remind them about tuition fee due dates", said the students, and had threatened to withhold the results of indebted students.

BPP's attempts to find equitable solutions were also flawed, said the authors. Although it granted all students an extra 40 minutes when they were locked out of two online exams, the measure failed to recognise that some people had only been booted from the system for a few minutes, while others had been excluded for over an hour. And the offer to resit exams in January 2021 meant students might lose out on jobs, said the complainants.

Students studying at the University's Holborn campus in London complained that they were now paying £4,000 more than students at BPP's Leeds and Manchester sites for the same online course. "Given that the remainder of the course will be conducted online, there seems to be no reasonable explanation as to why students are being charged a premium (of £4,400) to attend classes in London", they said.

The most commonly raised issue, stated the open letter, was BPP's refusal to provide hard copy materials. One student told RollOnFriday it meant they would have to print over 1,000 pages at their own cost.

Claiming that the University of Law "has successfully avoided many of the problems" affecting BPP, the students have requested reimbursement for their printing costs, for the cost of their text books still locked up on campus unless they're allowed to retrieve them, and the difference in fees between their campus and the cheapest.

They have also demanded compensation for the increase in class sizes, and for any cancelled classes that were not rescheduled.

In a statement, BPP said, "We cannot comment on individual complaints but confirm that all concerns raised by students are taken seriously and dealt with using the processes stated in our regulations. We understand and are sympathetic to students impacted by the disruption caused by the unprecedented nature of Covid-19. Whilst we have taken many steps to provide opportunities for students to continue to progress, if at all possible, our number one priority has been ensuring the safety of students and colleagues".

BPP and ULaw recently unveiled their plans to reopen.

I am not sure which is the last to be furloughed, the top management or the financial "services" teams. What is clear, is that the first to be furloughed are the people that should have provided the services you already paid for.

Management was absolutely pitiful throughout this from a student's perspective. It rammed it down our throats that we wouldn't get physical materials (to save costs), despite student uproar.

On lock down (only announced the night before a massive exam in the Excel centre), exams problems, and numerous other issues (read the open letter on Legal Cheek and student surveys in the comments), BPP basically refused to engage with student queries and concerns. It seemed to put profiteering above all else - in the worst of times.

There's so much marketing speak about student satisfaction and student graduate outcomes, when the reality is BPP's captured half the market, and students haven't got a choice. I'll be informing my sponsoring firm about the issues encountered.

Whoever formatted that letter needs to seriously consider the merits of continuing their journey into the profession.

BPP's been pretty awful to students. This is classic reminder that monopoly powers suck 99 times out of 100. If students had a third reputable and commercially-oriented provider in London to choose from, both ULaw and BPP would probably get wiped out within a few years.

This article also illustrates the differences between RoF and Legal Cheek:

- RoF article - detailed examination of issues, quote from student affected, link to the open letter provided at the bottom

Good article Jamie. Just wanted to say that. No need to publish this comment. Thanks

Questions in response to the BPP statement:

How does not refunding printing costs and not rescheduling cancelled classes preserve the safety of your students?

Since when did the refusal to hire extra temporary teaching staff and programmers (to test the IT systems) constitute a health precaution?

omg. Just went to read The legal cheek piece. Shameless pandering to their sponsor! Love how they say ‘this has already been covered by the law gazette and the lawyer’ to try to justify to BPP why they have written it. It’s written for an audience of one. All these institutions should be able to take fair criticism and when those companies are given a right of reply it’s pathetic to make their arguments for them if they produce something anodyne.

Although the legal teaching content is great at BPP and they do send you a box of books at the beginning of the course, as a student at BPP I can genuinely say the administration levels are shocking. The tutors are fairly well-informed and somewhat charismatic but students who have paid full course fees are being told they still owe money and not even being given their marks from the exams. Student cards take months to arrive at the start of the course and students from certain demographics have these withheld. There is next to no in-person exam guidance unless you specifically book a session through emailing a tutor. The exam marks aren't even given to students just symbols and there is no opportunity for remarks. Most of the time when you call the BPP phoneline you cannot get through to them. The online student portal is so confusing to navigate and basic information like assesment deadlines are not checked for accuracy in different documents pertaining to the same assesment they have different deadline dates. At least a partial refund to all students should be administered due to the handling of the coronavirus pandemic.

nobody help for visa even not assignment

Ironic that there is no legal analysis in this letter looking at the school’s contractual obligations.

ULaw have also been absolutely terrible

I suspect that the letter was more of a 'don't go to BPP, they're shit', which is why they circulated it to media outlets to begin with. You can have a complaint about how you're treated even if the boilerplate legal bs you're going up against is drafted in a way that is incredibly generous and favourable to the university.

However, I am told that a contractual analysis is going to come when the formal complaint letter is submitted to the university next week. BPP has apparently breached several of the promises in their marketing material and student protection plan (including the promise that their small group sessions will be kept to max. 20 people, and that they have a large network of tutors that can be used to cover lessons almost on demand). This is obviously second hand information, but the point is that there is a legal case here. 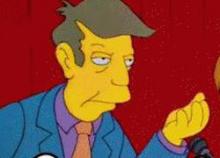