Skip to main content
Redundancy update: 251 jobs under threat at DLA Piper
It's a miserable time across the City as the news of law firm redundancies just keeps on coming. DLA Piper has announced a wide-ranging consultation that could see 251 jobs axed, whilst Pannone is chopping 16 jobs and Lawrence Graham 18.

When DLA parachuted in ex-Linkaters star partner Tony Angel, known for his ruthless approach to making law firms profitable, many predicted a shake-up. But perhaps not quite the shake up heralded by this week's announcement that the firm will be entering a consultation which could see its 85-strong Glasgow office close, the closure or sale of the firm's Defendant Insurance Practice and the consolidation of its Document Production Unit into one location. In total, a staggering 251 jobs across the firm's UK offices are at risk.

The firm has at least made efforts to improve its treatment of staff since 2009, when it ditched swathes of staff in multiple redundancy rounds, handing out statutory minimum packages. This time around, the firm has committed to offering an enhanced redundancy package, plus there will be some transfers available to the Edinburgh office and new document production roles in Leeds. But it's still going to be a grim few months for hundreds of DLA-ers as they await the outcome of the consultation in the New Year.


Grim times too at Pannone, which has entered its second redundancy round this year, with 16 jobs to go. Support staff will be affected as will lawyers in the firm's corporate, regulatory and (somewhat unusually in this climate) dispute resolution departments. Meanwhile at LG, where turnover dropped 5% in 2011/12, 18 jobs are set to go in what the firm calls a "regrettable but prudent action". Again it will be a mixture of support staff and lawyers.

These are unlikely to be the last redundancy announcements over the next few months, RollOnFriday sources suggest that several big firms are considering making cuts as the lack of natural attrition means they are increasingly over-lawyered. 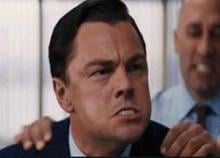