The plight of a trio of future trainees has provided a snapshot of the career mess facing junior lawyers as the coronavirus pushes the UK economy into recession.

The three paralegals at construction and real estate specialist Silver Shemmings Ash were due to start as trainees at the firm next year, but instead they have been unceremoniously dumped.

It meant Silver Shemmings Ash was able to get rid of them by only paying 20% of their salary for one month, while the taxpayer picked up the rest of the bill and the employees lost their job, their notice period pay and their holiday allowance, a source told RollOnFriday.

There is no suggestion that Silver Shemmings Ash did anything that is prohibited. But a source said that is exactly why staff elsewhere should be on the look-out for employers seeking to serve up a triple-shit sandwich containing notice period, unused holiday and furlough all at once. "It's important because this annual leave trick could be used by other law firms", they said. 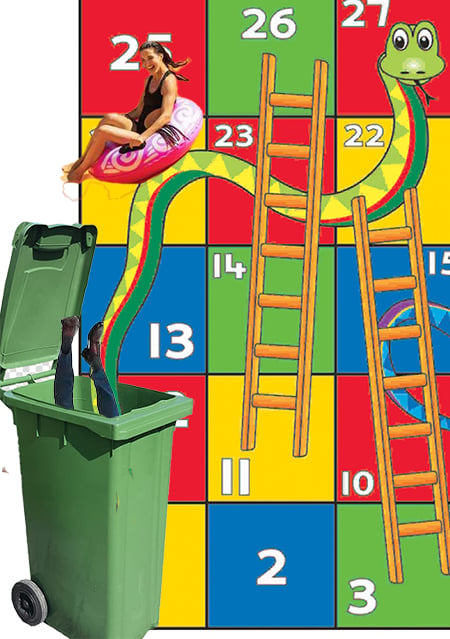 While the once-future trainees' treatment was technically permitted under the terms of their contracts, those contracts "didn't envisage a pandemic", said a source. "They basically used it because they didn't want to cough up", they added, even though, "we're not talking about huge sums of money here. This wasn't going to bankrupt them".

On the other hand, it might have. The firm is moving to a consultancy model akin to Keystone, said an insider, under which its lawyers will be essentially self-employed. And the managing partner is rumoured to be leaving.

if that's accurate (he would not say), hopefully he won't be subjected to the same exit process which staff apparently endured. Their redundancy process was run by a new employee with no training in HR matters, said a source, and whose emails were either "vague" or "looked like they'd been copy and pasted from the government website". One employee didn't even get a call from the firm, said the source, and instead was informed they had lost their job via an email.

Silver Shemmings Ash said it would provide a response, but did not, then its managing partner asked for 48 hours, and went silent.

I sympathise with the individuals .  I too was sacked, all because I was suffering from coronavirus (but did not know I had it at the time).

Its cruel for a firm to sack someone in the middle of Pandemic.

Possibly I'm spending too much time on the Discussion Boards here, but after 12 empty lines, I was expecting a punch line.

I thought that you continue to accrue holiday entitlement whilst on furlough unless you took holiday in that period, which wasn’t necessarily the most prudent thing to do.

As that songwriter poet once said, “money doesn’t talk - it swears”.

I got released as a senior associate in my first 6 month probation period at the start of Covid-19. Was only 2 months in. The writing was on the wall as work dried up and admin/facilities were furloughed. I feel sorry for the trainees, but the minor benefit for them is that they are cheap by comparison. I am struggling to get another job without having to take a massive pay cut because the few hiring firms want the young and cheap.

Hope all those affected are lucky enough to find alternative employment ASAP.

Anon @ 10.06 - you do continue to accrue holiday on furlough but employers often have (and presumably do here, seeing as the story says the contract entitled them to do what they have done) a right to require you to take holiday when they want you to. Hope they were paid out at 100% of pay for those days even if their furlough not being topped up though

What area are you in Anon @ 10:25 if you don't mind me asking? Looks like just in 2009, redundancies and positions are heavily sector dependent. Things looks grimmer for commercial property, for example, but hopefully if you are in another sector less dependent on these transactions you can hopefully bounce back ok?

Agree that these trainees can hopefully find gainful employment elsewhere, in practice areas that are hopefully less hard hit (as someone who qualified in the last recession I feel their pain and the lessons that stay with you from that experience).

They offered they NQs consultancy agreements as good as redundancy!

They also made one of their paralegals, consultant!!!!

Sucks for them now, obviously, and my sympathies go out to them but - in time - they'll realise that they've just dodged a bullet...

Sorry to disappoint you ShootyMcShootyface @14 August 20 10:05

So I accidentally held down the RETURN key for too long.without realising it whilst taking an urgent call at the same time. (especially as I have a silent keyboard and silent mouse.

At least you have a job.  I would prefer to have a job. Getting sacked when you're practically dying with Covid-19 was a pretty horrific experience. Thousands didn't survive.

Since leaving school in 1974, I've spent the last 45 years working non-stop, so I could understand if I had never worked or was constantly off sick, but that was not the case. These large law firms should not get away with dismissing someone just because the person is severely  ill with Covid-19. I didn't ask for Covid.0

There was no explanation as to why they did what they did. I could understand if I did something wrong and had a warning or disciplinary, but nothing.  At least tell me why you're dismissing me, instead of getting a third party to do it and then saying "there is not enough work" then hiring two or three more staff as replacement. Very unprofessional indeed.

I won't name the company now here in this thread, but I'm sure eventually, everything will come out in the wash!!!

I did not know about the 3 month (minus 1 day) tribunal rule, but does that apply to Covid-19  as well? (being off sick for one week with Covid-19) - I have the proof, which was taken at the beginning of August.

Any Employment Lawyers out there, any idea please?

The treatment by your former firm is harsh. F them I say.

@Hey nonny nonny 14 August 20 12:42 - staff were forced to take holiday but no they weren’t paid for it. Just got their notice pay which the Govt paid 80% of

I actually upvoted you, my nonny friend.

i wish you a speedy return to employment and happiness.

1. How can they have suddenly found out they were working their notice? If it hasn’t been clearly communicated that they have been given notice, it isn’t valid.

2. If they had accepted binding offers of training contracts, they will almost certainly have been common law contracts of apprenticeships which would give them a breach of contract claim worth an absolute whack in the current market. Unless they hadn’t actually been offered one, perhaps just given an indication they would be?

Anonymous you’ll get no leeway from the Tribunal for being ignorant about time limits unless potentially for a discrimination claim.