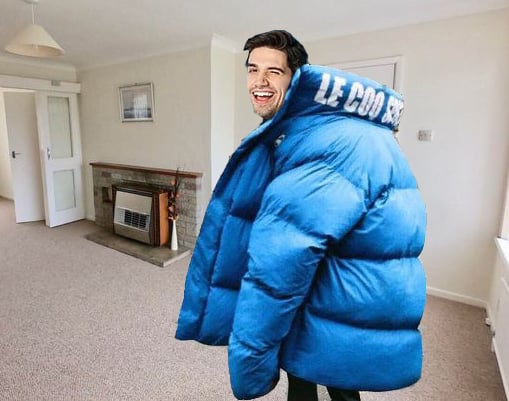 Irwin Mitchell is giving staff an extra £900 this month "in light of the challenging external circumstances affecting the cost of living".

A spokesman for the firm told RollOnFriday: "We’re making this payment as an acknowledgement of the challenges some colleagues are currently facing from increases in the cost of living, in particular fuel and energy prices.”

The one-off payment is being paid to all staff below partner level, and is in addition to the firm's normal annual pay review and bonus calculations which take place over the summer. Irwin Mitchell's spokesman added: "A set amount was chosen to ensure those in lower pay brackets benefitted appropriately".

Others in the legal profession won't be feeling the pinch in the same way, as the pay war in the City rumbles on. Weil has raised NQ base salary in London from £145k to £150k (not including bonuses), effective from January this year. Weil's NQs are now on a par with their counterparts at Skadden and Latham & Watkins.

Weil's NQs don't quite make the £160k+ club, which includes the likes of Akin Gump, Goodwin Procter and Gibson Dunn; but they should be able to make it through the winter, without having to set fire to the kitchen table for heat.

A Pinsent Masons spokeswoman said: “We recognise the importance of remaining competitive to attract and retain talent, of which remuneration is a factor.”

When asked whether the firm was raising pay for other staff bands, the spokeswoman replied: "The changes we’ve made to salary bandings so far relate to our NQ community" and that "salaries for other staff will be reviewed as part of our usual July pay review."

When the salary rises come into effect in September, Pinsent Masons' London NQs will be on the same level as Dentons (£92k), and a smidge above the likes of Ince and Stephenson Harwood (£90k). The tier just above (£95k) includes CMS, Eversheds Sutherland, DLA Piper and Norton Rose Fulbright.

A spokesman for the firm told RollOnFriday that associates can "also receive a one-off bonus of up to £10k, payable this month, to recognise strong performance in FY22. This is in addition to our annual performance-related bonus scheme."

When asked whether there would be pay rises at other PQE levels, the spokesman said: "The pay increase will cascade upwards for other associates." However, the firm declined to provide further details.

HFW's new NQ salary of £85k will put them level with their counterparts at Fieldfisher and Gowling WLG. The salary is just above Mishcon (£83k), and a fraction below Bird & Bird (£88k).

Is your firm raising salary, or dishing out cash in response to the cost of living crisis? Let RollOnFriday know.

DLA gave £130 to help me live, to be fair it’ll allow me to purchase 2 pints of milk (long life) and box of eggs (smart price) and some out date crackers but sadly ill have to ride a camel to work.

Any inside info on how the Pinsent pay increase has been applied to those at 1-5 PQE? Thanks.

Pinsents need to confirm the rest of their salary increases, and make them decent, or will haemorrhage good lawyers.

IM has had its fair share of negative press on these pages over the years.  I don’t work there and I wouldn’t want to but I commend it for this move.

The cumulative amount is significant.  A large chunk that could easily have gone into equity partners pockets.

I've seen several IM associates on Linkedin making similar longform posts about how grateful they are. Does someone have a gun to their head or something?

it is interesting to note the uplifts in pay;  what we are not seeing is the other side of the coin - how the firms will pay for them and still maintain the levels of profit required by the owners.  Will we see increases in hours targets - 2000 chargeable to keep your job? or will we see significant uplifts in fee rates and if so is there a natural level at which clients will not go beyond?  £1000 per hour?  Or will firms look to cut other costs bearing in mind that salary is the majority of a firm's cost.  Gotta pay for the pay rises somehow.

S&G continue to make significant redundacies. Any news on the merger between IM and S&G?

To those asking, the rest of us 1 to 8 and beyond pqe lawyers in the regions at PM are counting down the clock to July. What is quoted above is an accurate reflection of the message that's been delivered. Watch this space...

Whilst the staff at Knights continue to await repayment of the 10% deduction taken under cover of the pandemic.

IM tended to pay these sorts of things instead of annual increases.  It’s basically a way for them to keep overall pay down but put on a good show with small up front pay.

Whilst the staff at DWF are looking for the first aid kids to find those sticky plasters...

Pinsent's Edinburgh NQ's will earn more than most Senior Associates in the market.

To @dark knights, shares dropped from 463 to 140 or something, don’t think you are getting this enforced pay drop back! It’s ok though, the board cashed out! Partnership is not a dysfunctional model, greed is! Prove me wrong, pay back the staff!

Meanwhile the headline in the Gazette today is “Law firm profits leapt by 40% - annual benchmarking survey”.

Hurrah for furlough grants, CBILS and the Chancellor’s SDLT holiday.

DLA have paid a “goodwill gesture“.  They’ve been a bit coy about it, but it’s not a set amount. Mine worked out at 0.5% of salary.

With all these profits sloshing around in law firms and the difficulty finding quality staff, it seems now is probably the time for salaried partners and senior associates to start pressing for equity.

@Anonymous 1415: It’s around that ballpark anyway, which underlines how tricky salary reviews this year will be if they’re not adjusting across the grades.

Why is there such a large range of possible salaries at every level? This seems abnormally high?

All that tells us is that IM have significant profits rolling around in their accounts. Likely because they pay so poorly to begin with and i speak from experience.

For money to trickle down everything has to start at the top.