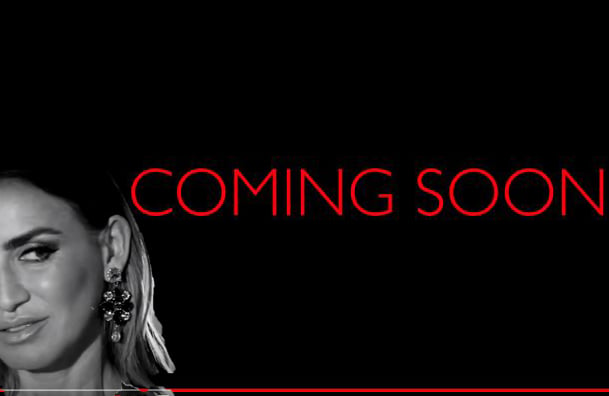 The former Managing Partner of Hogan Lovells' Moscow office has revealed the next phase of her career in a spectacularly modest promotional video.

Oxana Balayan was HogLoveMos MP for 15 years until she left in January 2020. 12 months in the making, she has now announced the imminent arrival of her new venture, BALAYAN GROUP, with a trailer oozing class, sophistication and glamour.

To the propulsive strains of Vivaldi's Four Seasons, a black sedan races through a monochrome tunnel, a camera soars over a city at night, a pen pauses over a document and a foot clad in a five inch stiletto heel swings from the car. It's guaranteed to set even the most stolid M&A client's heart racing.

Zooming through a chess set, the captivated viewer encounters none other than OXANA BALAYAN at the edge of the board wearing an enormous ring and a knowing smile.

She marches across the chessboard and the viewer is sucked into her eyeball, where a horse jumps over a fence to symbolise the deal closing or regulatory hurdles being cleared or horse jumping.

In a climax which lawyers still at Hogan Lovells can only dream of being given the budget to film, Balayan slams down a normal-sized chess piece as the symbolic success steed sticks the landing and the document is stamped. Zoom in on Balayan. End.

"Many thanks to Hogan Lovells for the incredible 19 years of professional experience, great friendships and cool projects!" said Balayan as she unveiled her dramatic teaser. "You are asking me what my next move is? Please watch! #empowerment".

Balayan's ability to close a deal in style while empowering is supported by her LinkedIn profile, where she describes herself as a "modern dealmaker and a star lawyer" but also as a "poster woman for gender equality in Europe and Russia".

A hint that Balayan was ready for her solo outing could be found in her Instagram feed, where early in 2020 she captioned a photo of herself attending the 64th Vienna Opera Ball ("#lifeofalawyer") with the observation that, "The real art is to pay tribute to the classics and stay true to yourself". Both of which her video appears to have achieved.

She marches across the chessboard and the viewer is sucked into her eyeball, where a horse jumps over a fence to symbolise the deal closing or regulatory hurdles being cleared or horse jumping.

Made me actually spit coffee out of my mouth!

Is this a perfume advert?

Is that what you reckon five inches looks like?

... and this isn't Eccentric Jimmy from the media litigation team's new venture, but the actual, genuine, for real, Managing Partner's?

Alexei Navalny needs a good lawyer. Maybe Oxana can be the queen and save a knight from a fork. 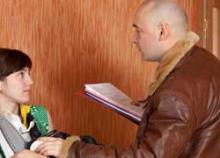 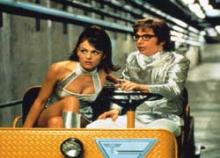 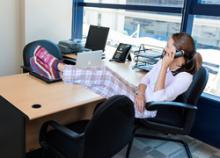