An Allen & Overy partner has protested against the Netherlands’ new 'burqa ban' by donning a bright yellow niqab at a Pride march.

Hendrik Jan Biemond, a litigation partner at A&O who is also a local councillor for the PvdA party, dressed as a 'Burqa Queen' at the Canal Pride celebration in Amsterdam on Saturday. He was joined by five other demonstrators to form a provocative rainbow of modesty. 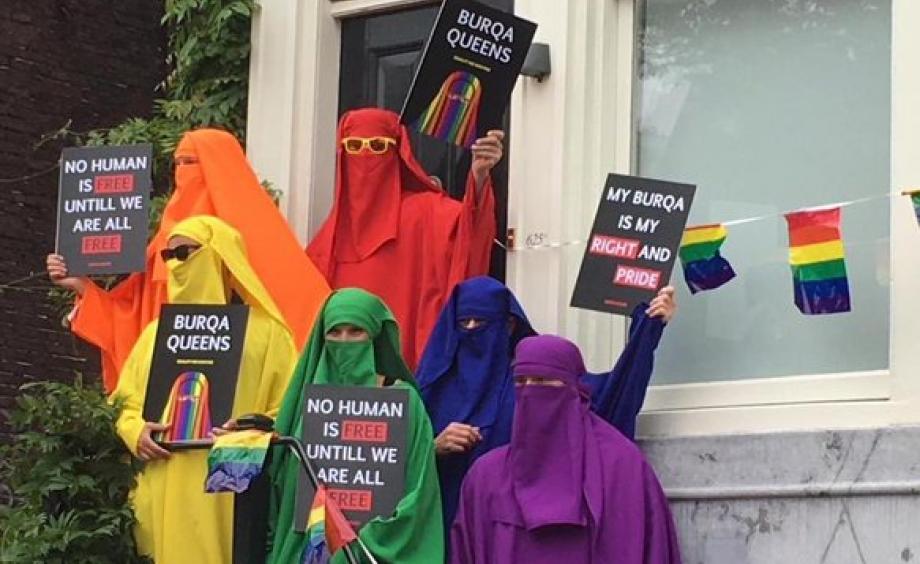 A team of scientists working for years could not design a protest so confusing and/or offensive to so many opposing factions. ROF salutes you, Hendrik.

Biemond and his comrades were protesting the country’s new ban on face covering, which came into force on August 1st. It prohibits clothing which obscures the face from being worn in government buildings, educational and healthcare institutions, and on public transport. Although it encompasses balaclavas, masks and motorcycle helmets, it has been interpreted by critics as an anti-Muslim initiative.

In the photo tweeted by the Amsterdam branch of the PvdA, which is the Netherlands’ Labour Party, Biemond holds a sign stating "Burqa Queens", while his comrades' read, “No human is free until we are all free" and "My burqa is my right and pride".

Biemond has endured strong criticism for supporting the right to wear the controversial garment, which is frequently presented as a symbol of the oppression of Muslim women. While the niqab is worn for many reasons, some Muslims believe it is compulsory for women to wear niqabs in the presence of non-related males. It has been used as a tool of state repression in Afghanistan under the Taliban and in Iran, where a human rights lawyer was sentenced to 148 lashes for defending women who appeared in public without headscarves.

A fellow PvdA politician called Biemond's stand “bizarre”. Another, parliamentarian Keklic Yucel, said their party "is always fighting for women's freedom and equality, and not for women's lack of freedom and inequality" (as long as women don’t want to be free to cover their face).

Biemond is not specifically in favour of the burqa, he said, "But I am more against the burqa ban. I want people to have the freedom to do what they want. Or is that too difficult?"

The Amsterdam branch of the PvdA backed his stance, tweeting, "freedom means that you can be who you are and therefore also wear what you want".

And Allen & Overy voiced its support for the partner and his right to protest. Biemond, said a spokeswomen for the firm, "is a highly regarded lawyer and he is also active as a municipal councillor. He of course has the liberty to express an individual opinion." 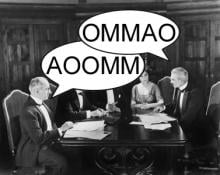 Yes but will he take it off when he goes into Court? or for the next client meeting?

"...frequently presented as a symbol of the oppression of Muslim women..."

Evidently written by someone who has never visited the Middle East (other than perhaps some congested watering hole in Dubai). But the reference to symbology and the complete ignorance of the inherent cultural imperialism in that statement tells us more about the author and their stance on this issue rather than objective journalism.

Fair play to Biemond for understanding what real freedom entails, even if he disagree with how someone else exercises that freedom.

anon 8.00, they don't say the burka is a symbol of oppression, they say it's often presented as one. Which it is, by yaxley-lennon, k hopkins, bojo etc

Anon 08:00 and symbol. Spare us all your virtue-signalling. The burka is absolutely a symbol of female repression - what do you think happens to women who refuse to wear it in the Middle Eastern jurisdictions where it is de rigeur? Am I imagining that those jurisdictions' civil rights are very asymmetrically slanted against women? Is it not a fact that this item of clothing too often is something that women are required, rather than choose, to wear?

I am, at heart, a liberal conservative, and my preference is for the Government to ban as little as possible. I applauded the UK's decision not to follow the example of so many other European jurisdictions that were banning the burka, believing that the answer was to educate people and persuade them to move away from this ridiculous cultural straitjacketing of women. I am beginning to question the wisdom of our approach, however, given it is consistently undermined by well-meaning do-gooder useful idiots like you who practise Doublespeak and claim that up is down, black is white and that the burka is not a symbol of female oppression.

The Niqab is an un-Islamic expression of misogynistic extremism. I have lived in the Middle East and my Arab friends all find it despicable. Funny how it’s defended by so many liberals/left wingers (of which I am one) in the West, whereas in the Middle East it’s only defended by extremists and the sort of people who, if they were British, would be full throated Brexit Party lunatics.

Woah, woah, gobblepig. I think it IS a symbol of oppression. Used bojo etc as obvious examples of people who say it is (with whom I disagree about everything else).

Fine, Symbol. Apologies. Your choice of examples rather suggested that you didn't hold that view.

C’mon. You just didn’t read their comment properly. It’s perfectly clear that they don’t endorse the views of those nutjobs.

It is used to control and restrict women. However I would not ban it in the UK.

I don't think much of this teletubbies reboot

I think the point is, aside from your view on whether it is or isn't a symbol or tool of female oppression, that in a free country people should be allowed to wander around with sheets over their heads if they really want to.

@Someone else. That is rather my point, genius.

Good for him.  You don’t have to be pro burka to be anti burka ban.

It's a bit weird that the solution to someone being repressed into wearing something is to criminalise their wearing it and, as a result, forcing them off the streets. If you're wearing the burka then either you're being repressed into wearing it (in which case, punishing you for being a victim is illogical and obscene) or you're not (in which case, who cares?).

Anon 12.48 - maybe the law should be to lock up all male relatives of a woman wearing a burka? Just don't tell my wife...

Good for Biemond for speaking up, and good for A&O for supporting him ("He of course has the liberty to express an individual opinion").

good on him and the firm for supporting him. People shouldn’t be forced into either wearing or not wearing it. Simples.

Funny this. Islam is unequivocal in its condemnation of homosexuality. Yet these ignoramuses - at a Pride march - support a Muslim woman's right to wear a burqa - little knowing that the Quran itself does not sanction its use at all. It's a minority Salafi view. They wear gloves too - just in case men get turned on by those bare sexy hands.

People posing themselves as both pro-Islam and pro-LGBT is just a laughable concept.

Not just about burqas though, is it.  Most anyone would look askance at someone walking into a bank or onto a bus in a balaclava.

It's not a religious matter but one of national security.

Sounds like somebody could do with visiting their local woke support group.

If you didn't blame it on religion and you walked around covered in head to foot in heavy cloth with your face almost completely covered you'd be known as 'a weirdo' or 'batman'.

Having the right to wear something no one would wear unless they felt in some way obliged to wear it is too complicated for those of us who only did the GDL. You need a magic circle high-flyer to legitimise that bollox.

This is outrageous. Some of my best friends are magic circle borons.