Slaughter and May is giving its associates Christmas bonuses and raising junior solicitors' salaries.

The bonus percentages are smaller than they were last year, but only by a sliver. Showing fealty to whatever algorithm spat them out, they're also very specific. NQs will receive an extra 8.25% of their basic salary as a bonus, while 5 PQEs will get 14.6%.

Trainees, business services staff, PSLs, secretaries and paralegals didn't do quite as well. They'll receive 3%, the same as last year.

On 1 January Slaughter and May is also raising the salaries of its most junior solicitors, which it said was to reflect current market rates. NQs' pay rises the most, by £3k to £83,000.

Slaughters takes a semi-socialist approach to bonuses. While not every fee-earner in the firm gets the same percentage bonus, those within the same banding do, regardless of how many hours they've billed. Which is grand (even if one associate told ROF it was a source of sadness bonuses weren't linked to hours given they've clocked up over 2,000 this year) and means everyone can afford a splendid Christmas. 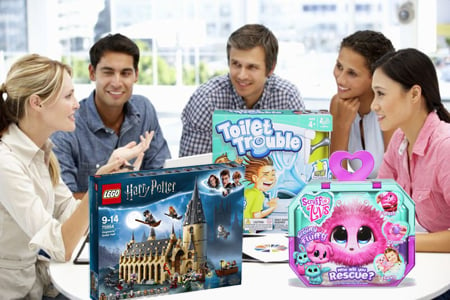 The only people who won't be splashing out on Scruff-A-Luvs are lawyers working out their notice or under a formal warning, or who have been "identified as an underperformer". They're carved out of the bonus pot.

If your firm's handing out meaty Xmas bonuses, or if it's told you it's not and blaming Brexit, let ROF know.

Tags
Bonus
Slaughter and May
Tip Off ROF

It's worth noting that, as Slaughters uses its bonuses to effectively top up salaries to match others on total remuneration, the total remuneration package from 2PQE onwards is in fact lower than last year (taking into account the reduction in bonuses and the freeze in salaries since 2016). So, whilst this will be masked by the fact that people will be transitioning to new salary bands in May, the net result of this is a pay cut year on year for 2PQE onwards. It seems rather clear that the partners understand that what they need to do is ensure trainees are offered the best deal, and junior solicitors don't leave en masse on qualification, but that for those who make it to 2PQE onwards, they will either stay for the carrot of partnership or leave for better life or better salaries elsewhere, meaning either way no salary adjustment is required. A shrewd financial move, albeit heartless. Meanwhile the mass emails from partners offering to re-sell theater tickets at face value with an administrative fee on top continue (because why would you expect a partner who can't use theatre tickets to give them to the fee earners who can use them for free...)

And here I was thinking that bonuses were a myth in the legal profession...

Smart first comment. Smart of Slaughters. I am a junior at a US firm. Their trainees get a better deal than ours - financially with the bonus they might come close to having them beat , but our trainees work 14 hour days. Yes our NQ and junior salaries blow theirs out, but no one hardly stays for long (stress and hours means it is isn't realistic long run). It really is a different job.

Obviously discontentment from the mid to senior associate ranks but speaking as one of the many who realised within a few days of joining that I didn't want to be partner, I wish I had trained and gone there rather than the US.

We do also get 30 days leave and other benefits - I think it’s a competitive package on balance vs US firms.  We don’t lose many good people to US competitors.

At least they get something - CC give us nothing, nada, oh hang on, we get a box of mince pies (if we get in on time there may be a sweaty bit left).  And I'm talking secretaries and business services here - the lawyers/partners may well get a villa in Monaco for all we know!