In an attempt to do the right thing by investigating claims of sexual harassment made by trainees against a partner, Reed Smith passed the personal details of one of the alleged victims to the Solicitors Regulation Authority despite assuring her that she would remain anonymous.

Reed Smith commenced an investigation into P after a trainee, ‘FT’, complained that he had harassed her. A Reed Smith lawyer became aware of FT’s allegation against P and informed the firm that a second trainee, 'ST', had confided in her that she had also been sexually harassed by P, after a work function.

Reed Smith approached ST, who by that time had left the firm, and requested an interview. Because she was unwilling to be involved in any further proceedings and did not wish to have her personal details disseminated, a source told RollOnFriday, Reed Smith agreed with her in advance that her identity would be kept strictly confidential as a condition of her participation.

However, after conducting the interview, it submitted a report to the SRA which disclosed ST’s name and other personal details, opening up the possibility that she will be compelled to participate in an SRA investigation. Reed Smith did manage to redact embarrassing information about itself, specifically the name of another Reed Smith partner accused of sexual harassment.

In a remarkable slip-up, it appears that Reed Smith accidentally made the fact that P was under investigation available to anyone in the firm. High-level meetings were scheduled in the firm's freely-available intranet calendar with the title “Meeting to discuss [P's] and [another partner's] future’, said an insider. 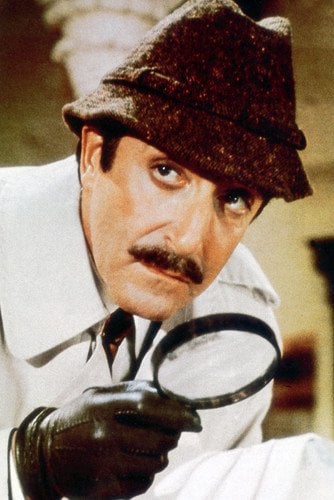 ST subsequently sued Reed Smith on various grounds including breach of confidentiality. But the firm defended the claim and she was forced to discontinue her action for want of funds.

P was allowed to leave quietly and is now a partner at another firm. However he is still being investigated by the SRA. A spokesman for the regulator told RollOnFriday, "We can confirm we are investigating before deciding on next steps". P did not respond to requests for comment.

Tamara Box, Reed Smith's Managing Partner in Europe & Middle East, said, "We do not tolerate harassment in any form at Reed Smith. We carried out our internal investigation fully and properly as soon as we became aware of this incident, and we are confident that we took all appropriate actions. In dealing with this sensitive matter we owe duties both to our people, who are always our paramount concern, as well as to our regulator. The SRA is empowered to police these issues and has statutory powers to require disclosure. This can lead to complex situations, which in this case we sought to manage in the best way possible whilst of course fully complying with our regulatory obligations.”

Did the lawyer whom ST spoke to in confidence ask permission to disclose her allegation to the firm?

Struggling to know what to make of this. It's hard to judge Reed Smith too harshly on the basis of what's set out here. Yes, the revelation of ST's name is an awful cock-up, but it seems to have been a good faith mistake. Broadly the firm was trying to do, and seems to have done, the right thing in taking allegations of sexual harassment seriously.

a great description and entirely apt for a story like this.

Tamara Box, Reed Smith's Managing Partner in Europe & Middle East, said, "We do not tolerate harassment in any form at Reed Smith. ....we owe duties both to our people, who are always our paramount concern, as well as to our regulator

1. They clearly bluddy do tolerate harassment if the suggestion that a partner with penchant for molestation was allowed to resign and slip into another firm.

2. nobody beleives this HR w**k speak bollocks that "people are the paramount concern", the whole bluddy model of a firm is to get smart expendables in to do the work and disclosing the details of someone promised anonymity while redacting manager profiles pretty clearly backs that up.

At my previous firm, if you wanted to know what was going on, and if you saw a private appointment in a partner's diary, all you had to do was go to the meeting room diary where the secretary who booked it had usually entered exactly who it was with and what it was about.

At my old shop, the meeting rooms were on the other side of a thin partition wall from the rest of the office.  Through the simple expedient of using standing near the photocopier, you could hear what was being discussed.  It was a very useful photocopier indeed.

Let’s be clear what this was about.

This is a partner working all hours, who wants to bone a toothsome trainee.

It’s part of the way of things. This metoo stuff is ruining ordinary patterns of dating

This is why people need to be careeful of whisleblowing etc. It is very hard to keep identities secret. It can be better from a personal point of view to refuse to comment.

Having just come back from the dentist with my large paper desk diary for 2019 I can see the merit in my keeping my on paper appointments system. No one sees that other than those to whom I choose to show it.

And what a treat for those selected, Lyds.

@Abbeywell - what elements of P's past do you think his current firm would be interested in and why?

Not sure from the information I've seen that partner was alleged to have a 'penchant for molestation' Sumoking, unless you know otherwise?

Hard to have any sympathy for ST's selfish desire to limit involvement.  Victim or not, they have a responsibility to the wider community and every future victim of this person - without people like ST coming forward and making a stand, very little will change and they will share responsibility for more innocent victims.

It has been reported elsewhere that Reed Smith are saying ST didn't actually sue them at all, and therefore didn't discontinue for want of funds. If this is true, someone has made a false allegation about Reed Smith and ST. That's why all investigations relating to accusations of this type need to be done fairly. 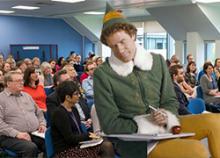