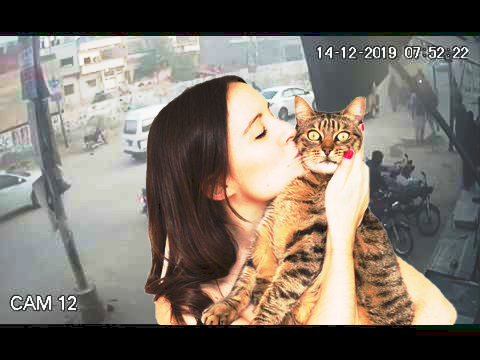 "And this clearly shows a Linklaters employee, disguised as a cat, harassing me."

An employment tribunal has dismissed sexual harassment claims brought by a paralegal against Linklaters and one of its senior staff after finding that they were "a product of fantasy".

‘A’ claimed she was subjected to sexual harassment while she worked at a linked tech business identified as ‘ABC Limited’, on a three month £25/hour contract between December 2018 and February 2019.

‘A’ alleged that ‘B’, who was then ABC Limited’s COO, inappropriately touched her thigh at a team Christmas brunch at Jackson & Rye on Liverpool Street "and rubbed up and down about 3 times".

But her account of the incident changed at various stages, and a photograph she produced to prove how "numb and shocked" she was at the event instead showed her looking "happy and relaxed", said the tribunal.

‘A’ also falsely claimed that B groped her bum as she left a team dinner in January.

After her contract was terminated, the paralegal submitted a complaint to City of London police about the alleged incident, telling officers that as she left the Yauatcha dim sum restaurant, B "grabbed my left buttock cheek with his hand and squeezed hard". She said, "It hurt me and made me shiver", and that, "I was so scared I just left".

But she withdrew her allegation in the Employment Tribunal after it emerged that the police had decided she made it up.

Officers were able to obtain "excellent" CCTV footage from two cameras in the restaurant's lobby which revealed that it was "clear and unequivocal" that no assault had taken place. Notes acquired by Linklaters showed the police even considered prosecuting the paralegal for making a false accusation, but were reluctant due to her mental health.

"None of the relevant details she gave were, in fact, true", ruled the tribunal.

"She misrepresented entirely innocuous events", it said, noting that her account of another alleged incident at a pub, where she claimed B tried to get her to leave with him by gesturing with his eyes and twitching his head, was "vague and unconvincing".

The paralegal produced 17 pages of WhatsApp messages between her and her friends to support her claims, but the tribunal said they were a "product of fantasy", and included reams of derogatory comments about B "of an intimate and extremely graphic and sexual nature".

‘A’ claimed her contract was ended because she rejected B’s advances, but the tribunal ruled it was for other reasons, including her performance. It gave the example of a three-week holiday the paralegal had booked which coincided with the crunch phase of the tech product she had been hired to work on*.

The employment tribunal dismissed all of A’s claims.

In a joint statement Linklaters and B said, "We welcome the tribunal’s decision. The firm takes any complaints of inappropriate conduct extremely seriously".

*"It was repetitive work which did not require legal knowledge, so [ABC Limited] decided that paralegals would be the best resource", said the tribunal, putting it a trifle insensitively for paralegals following the case.