RollOnFriday understands that Kirkland & Ellis' London office threw a debauched party in Switzerland at which, an insider claims, a client had to intervene when a partner groped a colleague's breasts.

Kirkland's City office has been hammered with bad publicity recently after seven partners jumped ship, with a capital markets partner leaving for Freshfields and a corporate partner, a tax partner and three private equity partners all quitting for Sidley Austin.

But the exodus does not appear to have dampened the spirits of the remaining partners, who two weeks ago pulled out all the stops for a European Private Equity Ski Conference. Held at the foot of the Matterhorn in Zermatt, one of the most expensive ski resorts in the world, guests were given helicopter flight schedules from airports and put up by the firm in £400-a-night five star hotels. However, inside sources tell RollOnFriday that the highlight was a blowout party at The Grand Hotel Zermatterhof which achieved "Wolf of Wall Street-style" levels of excess.

Kirkland's bash was apparently so boozy that it was forced to move on to another venue after clearing the hotel out of magnums of champagne, "which had mostly been used to spray people". Apparently even partners got involved, showering associates and clients with vintage plonk. One banking partner took offence when a barman suggested the lawyers might prefer to hose each other down with cheaper champagne. "The bar was left soaking", says a source. "Even the ceiling was dripping with champagne".

A Kirkland partner checks staff have their passports

One partner became so possessed of the Bacchanalian spirit that he apparently "honked" the breast of a female partner and "embarrassingly, a client had to step in". The incident has caused "massive upset", says RollOnFriday's source, "but is unlikely to be dealt with". Or remembered by most of the people there, by the sound of it.

Pausing briefly before launching a dwarf on rollerstakes at a giant dartboard, a spokeswoman for the firm told RollOnFriday, "Kirkland does not comment on the specifics of any alleged situation, but the firm is committed to ensuring a work environment in which the dignity of every person is respected. The firm does not tolerate harassment of any kind, and takes seriously and investigates any allegations of inappropriate behavior or harassment”.

Private Equity really is suffering a dearth of creativity these days "oh let's hole up in a hotel and err, we'll have champagne! yeah! fizzy wine all round"

Hardly Bacchanalian
484
Vote up!
475
Vote down!
I love this story. There really isn't enough 80s style excess in the city any more.
455
Vote up!
501
Vote down!
Sounds like they work hard and play hard!
437
Vote up!
509
Vote down!
"Kirkland does not comment on the specifics of any alleged situation, but the firm is committed to ensuring a work environment in which the dignity of every person is respected. The firm does not tolerate harassment of any kind, and takes seriously and investigates any allegations of inappropriate behavior or harassment”.

But appears to have problems computing what's reasonable and proportionate business expenditure....
513
Vote up!
489
Vote down!
@anonymous 13:46

Bet they'll omit this in their graduate recruitment campaign.

451
Vote up!
491
Vote down!
Many clients would not be allowed to accept an invitation to an event if it were that expensive and involved the helicopter rides - it gets a bit close to Bribery Act violations at that level of excess, never mind for those of us who are both female and don't drink and might work at a firm this being exactly the kind of thing which discriminates against us (never mind those clients who don't drink and may be like their sleep because they want to be healthy and well!). I would have to be paid an awful lot of money as an attendance fee to go to something of this kind.
499
Vote up!
485
Vote down!
I suspect foul play. Most likely Lydia LLP booking under a false name.
476
Vote up!
493
Vote down!
If I was a client and was invited to that I'd simply walk away from K&E - why pay their fees if they're adding on a whack to cover cringeworthy jaunts like that?
464
Vote up!
478
Vote down!
Honking breasts never gets old. Even Charlotte Proudman has a quiet snigger at the old honka honka.
474
Vote up!
489
Vote down!
Sorry, K&E - this is SO tame. You're not even close to the Vegas hot-tubs and porn limos they have at Jones Day.
481
Vote up!
469
Vote down! 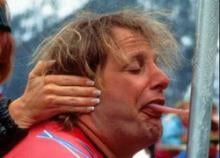 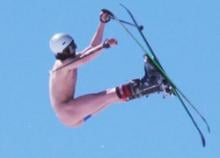