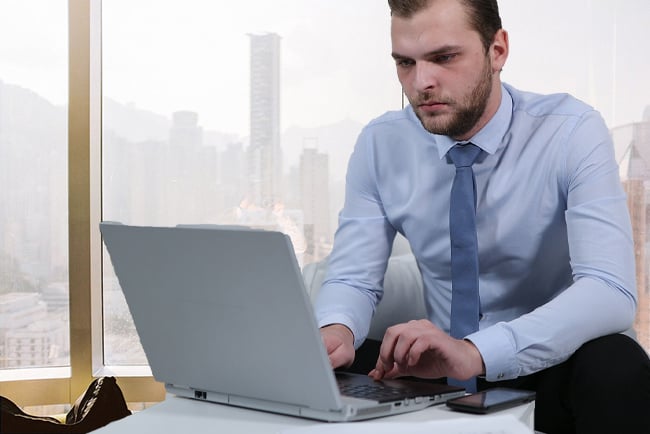 A judge has written to the Senior Partners of Latham & Watkins, Kirkland & Ellis and Walkers to complain about their lawyers' "ethical issues" with disclosure.

Justice Adrian Jack, sitting in the High Court in the British Virgin Islands, blasted the firms' conduct in his ruling on a shareholder dispute concerning the control of Nam Tai, a property company based in China.

US investment fund IsZo sued Nam Tai for allegedly squeezing it out of a decision-making role on the board in order to keep Nam Tai under the de facto control of Kasai, the company's Chinese holding company.

Nam Tai secretly issued $175 million of new shares to a wholly owned subsidiary of Kaisa and a company which was supportive of it, said IsZo, and then appointed new directors loyal to Kaisa who included a 25-year-old jeweller whose only experience of property development was being the son of Nam Tai's CEO.

When IsZo spearheaded an attempt by dissident shareholders to replace the board in July 2020, Nam Tai enlisted Latham & Watkins in New York and Walkers in the BVI, followed by Kirkland & Ellis.

Their assistance extended to a consideration of Nam Tai's disclosure obligations if IsZo sued.

Kirkland and Walkers emailed Olivia Tan, Nam Tai’s legal officer, advising that "there are privilege and discovery obligations in the BVI and the work product of both Walkers and K&E may ultimately be discoverable. We suggest parties discussing [sic] live regarding certain of your questions".

Unfortunately for the firms, their email about avoiding disclosure was itself subject to disclosure.

It helped lead Justice Jack to conclude that, given the "dearth of attendance notes produced on disclosure" by Latham, all three firms had made a "deliberate decision to prevent documents coming into existence".

And by deciding not to keep attendance notes because they might become known to shareholders, "the law firms were, it seems to me, preferring the interests of the directors and managers who were instructing them (but who were not even clients) over the interests of their true clients, the shareholders in the incorporated form of the company", he said.

"If that is right, then the actions of these firms constitute a very grievous breach of the most fundamental imperatives of legal ethics, to act in the best interests of the client with honesty and integrity", said the judge.

He was so concerned that he decided to contact the firms directly, ending his judgment by finding against Nam Tai and promising that "I shall direct that a copy of this judgment be sent to the senior partners” of Kirkland & Ellis, Latham & Watkins and Walkers, "so that they consider the ethical issues which I have highlighted". Probably with a very strongly-worded covering letter, too.

Walkers told RollOnFriday that it "notes the statements made in the ruling by Jack J, but would emphasise that [IsZo] made clear that it made no allegation of misconduct by any of the law firms involved in the case"

The firm also took issue with the judge's criticisms. "At no time during the proceedings, or subsequently, did the Judge seek to discuss or clarify any of these matters with the lawyers involved prior to the ruling being issued", it said.

"While we have carefully considered the Judge's comments, we do not believe that they accurately reflect what occurred on this occasion, nor do they reflect the commercial practices at Walkers and the firm's core values".

It said it could not comment further as Nam Tai’s appeal had recently been heard.

Latham and Kirkland did not respond to requests for comment.

What the judge said should be taken with a huge pinch of salt. This is the judge whose decisions in Gibraltar were overwhelmingly overturned both by the Gibraltarian Court of Appeal and Privy Council. In one case, the Court of Appeal described his fact finding process to be "flawed from beginning to end", a damning assessment with which the Privy Council agreed.

Little wonder, then, that the Gibraltarian government did not renew his 3 year contract after it expired. He showed a further lack of judgment by appearing on television to whinge about it.

It is probably unfair to criticise Walkers. They were, as offshore firms always are, a mere postbox for Kirkland and Latham as the onshore lawyers.

He was clearly extremely excited at having a pop.

It's incorrect to say that the "true" clients of a lawyer representing a company are the company's shareholders.

Minimising the generation of potentially-disclosable material after a dispute has arisen is simply good practice. I don't think much of any of the three firms mentioned (to be fair my dealings with Walkers are pretty marginal, so I don't think of it at all really), but they cannot really be faulted for complying with what, on the one hand, is simply good litigation practice.

On the other hand, when I give my clients advice that their case may have problems/be devoid of merit, I like to have a handy file note generated recording that. I'd hope the firms involved would have done that (and treated such notes as part of their non-disclosable working papers).

The judge's comments regarding who the firms' true clients were is more troubling - as Brillers has said above the shareholders are not the clients in this case (on the basis of the facts set out above), but if it is the case that the firms were instructed by the company but were not acting in the company's best interests then that is problematic, although not an easy conflict to square if they were acting in accordance with the directors' instructions.

Just a bit of background that may help to illuminate this situation:

Kaisa Group, a China-based real estate developer, and its subsidiaries acquired roughly 25% of the outstanding shares of Nam Tai Property, a NYSE-listed company incorporated in BVI.  Kaisa Group then succeeded in appointing a majority of Nam Tai's board members, and installed new management.  It soon became obvious that the new managers of Nam Tai, all of whom were affiliated with Kaisa Group, were acting in the interests only of Kaisa Group rather than in in interests of all the shareholders of Nam Tai, causing Nam Tai's share price to plunge to a multi-year low.  Then, Iszo, an activist shareholder firm, acquired 13% of the shares of Nam Tai, and proceeded with a proxy campaign to appoint new directors.  In accordance with Nam Tai's charter, Iszo obtained the required 30% of shareholder consents to demand a special meeting be held to elect new directors.  Nam Tai's management refused to hold the special meeting.  Also, Nam Tai management secretly sold $175 million worth of new Nam Tai shares to Kaisa affiliated groups, in an effort to seize majority control of Nam Tai.  Then, Nam Tai management invested the bulk of the cash received in the PIPE share sale with Credit Suisse in a Greensill supply chain finance fund, which promptly collapsed.  It's clear that Nam Tai's current management is abusing shareholder rights, and is brazenly attempting to seize control of Nam Tai away from other shareholders in violation of the terms of Nam Tai's BVI charter.  So, it isn't surprising that Judge Jack saw ethical breaches and conflicts in the fact that Nam Tai's management had used Nam Tai's cash to hire law firms to aid it in obstructing Iszo and other shareholders in trying to properly assert their shareholder rights in accordance with Nam Tai's charter. 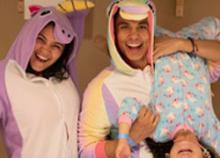