The firm is leaving Imperial House in Birmingham in January, but its current landlord doesn’t seem very happy about losing 2018's Golden Turd. According to sources, it has seized back partners' car parking spaces.

Irwin Mitchell did not deny the landlord was being extremely petty, but implied it was merely an administrative issue.

“A parking licence at Imperial House has recently expired due to our upcoming move”, said a spokesman for Irwin Mitchell. “We are working with our current landlord to extend this until we move to our new office space in the Colmore Building in the new year”.

RollOnFriday's brain trust pointed out that, while the licence could feasibly have expired for innocent reasons, it was unlikely. "It may well be that it's on a rolling six month/one year basis", said one, "with an understanding that the landlord will renew, but is now being a ***t".

The froideur has sent IM's Brum rumour mill into overdrive, with gossip that the office lease has also expired. "This may be fanciful", said an insider, "but one partner seemed to suggest they are having to leave some staff on site 24 hours a day as a sort of 'squatters rights' thing to avoid being evicted".

Irwin Mitchell's spokesman confirmed that the squatting speculation was not accurate. So anyone who's been told to work 24/7 to keep out the landlord's bruisers can go home.

Dreadful firm, just ask the Thomas Eggar partners who have run for the hills.

Erm, how is this petty and how is the landlord being a ***t?

Car parking spaces can be relatively valuable so why shouldn't the landlord exploit his position? Sounds like whoever was in charge of the relevant legals at IM is just inept and forgot to renew.

As a compromise, offer back parking spaces only for those driving electric cars.

Only at Irwin Mitchell

IM accusing someone else of being a tw*t is the equivalent of a bloke looking at himself in the mirror when he's having a shave.

For a firm trying to push its real estate offering, not the best advert if they didn't spot the parking issue is it? 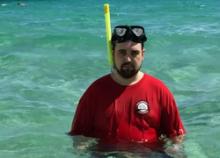 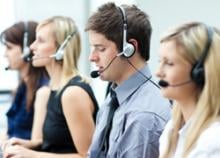