A female partner at DLA Piper has accused Louis Lehot, the co-managing partner of the firm's Silicon Valley office, of sexually assaulting her four times.

Vanina Guerrero made the explosive claims in an open letter published this week. She immigrated to the US from Colombia when she was four and, she said, worked her way up from cleaning office loos to becoming a corporate lawyer fluent in five languages.

But it was only after joining DLA Piper’s Silicon Valley practice in September 2018 as a junior partner that she was "subjected to Mr. Lehot’s unlawful behavior" and "suffered such humiliation and harm simply because of my gender", she said.

Within two weeks of arriving at the firm Guerrero was sexually assaulted by Lehot in a hotel room in Shanghai, she said. In the next two months he also sexually assaulted her during a business trip to Brazil, in Chicago and in Palo Alto, she claimed. 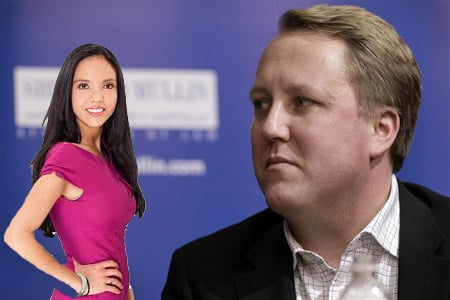 "My many attempts to fend off Mr. Lehot’s sexual advances failed", she said, alleging that when she "dared to tell him to stop" he took revenge at work by refusing to speak to her for weeks, threatening to remove her from deals and accusing her of underperformance.

Guerrero also said Lehot was prone to angry tirades that included shouting and clenching his fists. She claimed his "extreme temper" was common knowledge in the office and that "Lawyers, staff and admin assistants do everything possible to avoid his wrath".

The partner, who is still with the firm, said she was "petrified to believe what was happening", having moved with her husband and toddlers from Hong Kong to California to take the job as the family's main breadwinner.

"Horrifically", she said, she discovered that Lehot was telling men in the firm and some clients that the pair were in a consensual relationship. "I began experiencing panic attacks and stress-related medical conditions that landed me in the emergency room several times", she said.

Guerrero said she became a shell of her former self, which wasn't helped by Lehot regularly telling her she could only get clients because she was attractive.

According to Guerrero, when she complained to Sang Kim, the Silicon Valley office's other Managing Partner, he brushed it off as a 'he said, she said' situation and told her to "talk it out" with Lehot and three other male partners,. Then took her off one of the practice's largest deals.

Her letter was addressed to Roger Meltzer and Jay Rains, the Co-Chairs at DLA Piper, and can be seen as an attempt to strongarm them into freeing her from the mandatory arbitration which the firm requires complainants to undertake before they can go to court.

Accusing the firm of soft-pedaling her grievance, she said that for two months "DLA Piper has done nothing other than retaliate against me and try to shame me for speaking out"*. The firm, she said, "left me no option but to send this open letter".

Jeanne Christensen, Guerrero's lawyer, told RollOnFriday that DLA Piper "should lead by example and do what is right for its female employees. No longer should female employees be silenced to protect its male centric leadership.”

Opting against an open letter response, DLA Piper told RollOnFriday in a statement that it was aware of the allegations by one of its partners and that it took them seriously. "As soon as we were notified of the allegations, we took appropriate steps to investigate them", it said, adding that it was continuing to seek Guerrero's "cooperation in its investigation".

*When it comes to criticising complainants, DLA Piper is still not in the same league as Jones Day.

The letter doesn't provide any evidence to support the claims. Agree the mandarb is a bad idea though. Arbitration can be a good idea, but it shouldn't be forced on people.

How much money is she claiming?

There may be evidence - hotel CCTV for example if he grabbed her in a corridor or in the lift.

I'm sure I once enjoyed a striptease by a drag artist called Louis Lehot.

Wow I guess no woman can be believed unless there is CCTV evidence of her being assaulted. Never mind the other allegations which could be evidenced (hospital admissions, taking her off cases etc.) No woman wants to have to do this.

Not saying there isn't any evidence (for or against the allegations) Lydia, just that we haven't seen it.

Why should you be expecting to see any of the evidence?  do you apply the same scepticism when reading of murder trials in which you have also not seen evidence?

@10.24 - of course I would, who wouldn't? Do remember though that this is an open letter and not a trial though. The reason for asking for evidence is that without it these accusations  are meaningless.

I wouldn't, no.  It has nothing to do with me.  I have no involvement in the case.  I'm not a party or a representative.  I have no right to see anything.  This being as it is certainly doesn't provide me with any valid basis on which to form adverse judgements about any of the parties.  I notice that when adverse judgements are formed on these pages (in the absence of evidence which we have no right to see), it is only ever the complainant who is adversely judged.  Why is that?

Because the onus is on the complainant to produce evidence 10.47. The complaint has been put in the public domain, so the public have the right to see evidence supporting it, if any exists. Sounds like you unquestioningly believe every allegation you hear.

I agree that the complainant bears the burden of proof.  My point is that she is not required to prove anything to you.  You have no right to see the evidence.  You have no involvement.  It has nothing to do with you.

Yes it does 11.59, it's a public accusation, I have the right to an opinion on it. You're only saying it has nothing to do with me because I don't believe it without evidence and you only want people who say they believe it to comment on it.

From where derives your apparent right to see evidence?

If they could be evidenced then they should be Chuck. No man wants to be accused.

From the fact that a public allegation has been made 12.12. Same as your right to comment on it.

Do none of the lawyers in this site understand that written or oral testimony is "evidence" - there are thousands of commercial disputes that depend on, for example, oral evidence regarding an alleged oral contract.  It is only ever in the comments sections of allegations regarding sexual harassment and assault that there is an automatic "where's the evidence" response.  I have never seen it in comments regarding, for example, equally criminal allegations regarding an alleged physical altercation between two men, or an alleged fraud by a company.

Probably to do with the high levels of false accusations when it comes to sexual harassment,12.41, together with the 'he said she said' nature of these situations. And no, allegations are not the same as evidence in any context.

Agree with Anon 4 Oct 12.41. The victim does not have to provide the evidence to members of the public only to the Court. If the victim does not have any evidence then she will also face the consequences of false accusations. So for members of the public, i.e you lot, then there is a presumption in favour that what she is saying is the truth. Her Solicitor would have verified this prior to issuing the open letter, or the Solicitor could be in trouble. I believe her and good luck to her

Putting aside the fact that this case is an open letter designed for the public to read and not a court case, anyone making a case must provide evidence to back it up. Anyone commenting on a case or wishing to make a decision on its merits has a right to see that evidence, otherwise the claim is unlikely to be believable. What evidence do you have that her lawyer verified the contents of the open letter? We can't verify it until we've seen the evidence. Innocent until proven guilty, not the other way around. Until we see evidence I don't believe her.

When you say 'good luck to her', what outcome do you want to see? How much money do you think she should get?

If these events happened as she asserts, then she should have reported these sexual assaults to the police.

high levels of false accusations????? Ok and now I’m sure the poster saying that above can of course support that allegation with some evidence.......?

Were they in a consensual relationship at any point?

Not that she deserves and of it.

but odd she joined his Team Following his sleazy pitch + odd how she presents Herself online, Showing of her body..... interesting, ambiguous, weinsteinesque

They can indeed Chuck, read the comments in virtually any article alleging sexual harassment and you will see it.

More importantly though, it is for the accuser and not the accused to provide evidence. But at least you understand how important evidence is.

It is likely that the letter is sexual harassment of Lehot.

Why should you be expecting to see any of the evidence?  do you apply the same scepticism when reading of murder trials in which you have also not seen evidence? - are you a lawyer, really?

Even if a non lawyer, do you infer one should just accept ANY accusation just because the alleged victim was a woman?

Same reason as anyone else Dan, in order to make an informed comment on whether the allegations are true. Without evidence it's not possible to so do. Who wouldn't want to see evidence before believing a murder accusation? Surely it doesn't take a lawyer to know that the more serious the allegation the more one needs to be sure of the guilt of the accused. Remember this is an open letter Dan, not a trial. There is a difference - are you sure you're a lawyer?

I think you muddled up your last sentence - the previous comments were calling out accepting ANY allegation regardless of the gender of the alleged victim. You seem to be implying that one should take allegations less seriously if they're made by women.

I have some sympathy in relation to the mandarb provision, as these have a reputation for being biased towards employers (although I do feel that some sort of voluntary arbitration or mediation would be the best way forward here). But she's really shooting herself in the foot with the contents of the open letter. By throwing whatever accusations or dislikes that she can fit into a letter about Lehot and DLA, some of which are totally irrelevant to her actual claims, the whole thing ends up looking unbelievable and like a shakedown.

It could be that she has been manipulated into sending this letter.

It would be interesting to know the outcome of this - whether it goes to mandarb, settles, or goes to court.

It would be interesting to know the outcome of this - whether it goes to mandarb, settles, or goes to court. 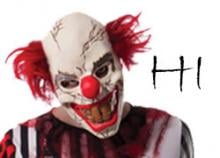 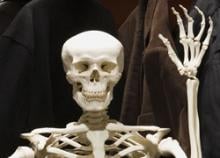