In a coup for BPP, six of the biggest City firms have picked the university to teach their future trainees when the Solicitors Qualification Exam replaces the GDL and LPC in 2021.

In a decision bound to set teeth grinding at the University of Law, the so-called 'City Consortium' of Freshfields, Herbert Smith Freehills, Hogan Lovells, Linklaters, Norton Rose Fulbright and Slaughter and May announced this week they chose BPP after a "rigorous tender process".

The Consortium said it carried out a "wide-ranging review' to establish its specific requirements for a SQE course "in response to the opportunities presented by the revised regulatory regime".

That might be a polite way of saying, 'we'll teach them our own stuff as well, thanks'. Stakeholders have expressed scepticism that the SQE is fit for purpose. A recent review of the draft SQE, which is being designed by Kaplan, concluded that there were problems, including an over-reliance on multiple choice questions. And although the City Consortium described the SRA's baby in neutral language as "the most profound change in the education and training of entry level graduate talent in nearly 30 years", its own firms have serious reservations. "We fundamentally disagree that the proposed SQE is a robust and effective measure of competence", said Linklaters during the consultation process. 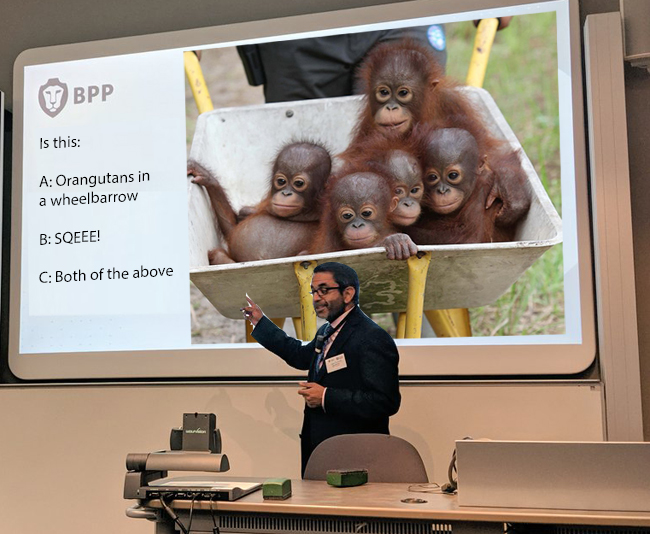 The SRA-mandated portion of the course was no cake walk, though.

Andrew Chadwick, Dean of BPP University Law School, said it was “thrilled" at being selected. "The change in regulation brought about by the SQE has presented us with an unparalleled, once in a generation opportunity to innovate and shape training for the better. This appointment is a huge endorsement for the quality of our vision and planning for the future, the quality of our people and the sound investments we have made to support the learning of 21st century lawyers.”

ULaw pointed out that it wasn't doing too badly itself. "Having just welcomed our largest ever student intake on record, our focus is firmly on growth, diversification and excellence in our offering to students", it told RollOnFriday. "This includes the design and delivery of a full range of SQE courses which we are very excited to bring to market"

ULaw only lost one firm as its client - Linklaters

Yeah. Only Linklaters. Sure they won't mind that