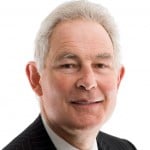 "The partnership demographic at U.K. law firms is 'a ticking time bomb,' warns a new report into the profession.The Paradox of Partner Retirement, published last week by consultancy Jomati Partners, claims that many U.K. law firms are failing to effectively manage the transition between generations of partners or to engage them on retirement issues."

This is the opening to a piece in The American Lawyer which goes on to look at a solution being offered to this problem by an organisation called BCKR which exists to help lawyers become Non Executive Directors and the Chairs of charities, other not for profits and ultimately commercial organisations.<span style="font-size:9.0pt; font-family:&quot;Helvetica&quot;,sans-serif;mso-fareast-font-family:&quot;Times New Roman&quot;; color:#666666;background:#F5F6F6">.

"What's next?" is an issue worth considering at any stage in your law career and "How do I get there" is part of what BCKR attempts to address. It turns out it is never too early to look for a second career after law with many charities crying out for young dynamic trustees who will then be well placed for commercial non-executive positions some way down the line.

Do take a look at the original article which features BCKR's Guy Beringer - you might even consider becoming a BCKR member.

Exit strategy? You take enforced retirement at 60, return to work the next day as a 'consultant' and continue working for as long as you like (at least that's how it works at this firm)
2
Vote up!
2
Vote down!