Slaughter and May and Clifford Chance have admitted to unsatisfactory gender pay gaps in their reports for 2018.

This is the second year of gender pay gap reporting, with a deadline looming of 4 April for firms to submit their homework. Businesses with over 250 staff are obliged to report their gender pay gap data under Equality Act legislation.

Under the rules, law firms are not required to include partners in their gender pay reports as they are categorised as business owners rather than employees. Last year, a handful of pioneering firms led the charge to be transparent and provided data on partners too. However, a lack of consensus as to how to do it meant pretty much no two reports used the same method of incorporating partnership data in last year's round-up. And the results were incapable of being compared on a like-for-like basis.

Clifford Chance has voluntarily included partners in its figures for 2017 and 2018. Although by doing so, the firm has revealed a substantial overall pay gap of 68.9% in men's favour in 2018 (all stats mentioned are on a mean basis*), an increase from the figure in 2017 of 66.3%.

CC explained in its report that the main reasons for the divide were that only 21% of partners in the UK were female, and that a high proportion of female staff occupied secretarial roles which made up a large proportion of the least well-remunerated jobs. 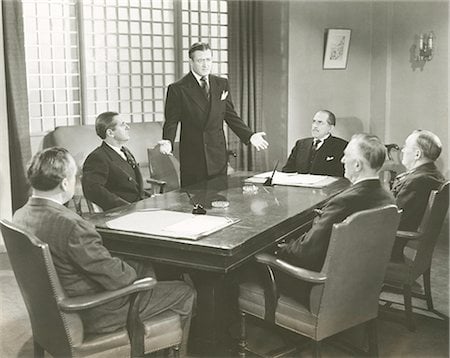 CC's UK Managing Partner Michael Bates said that its gender pay gap "remains unsatisfactory" but that the firm is "committed to improving it". He added "our clear aim is find ways to develop and promote talented people irrespective of background, for the benefit of everyone".

In a creditable drive for transparency, the firm also revealed far more than they were obliged to. As well as its voluntary submission on partners, the Magic Circle firm disclosed three new sets of data: ethnicity, sexuality and disability pay gap. The firm reported a pay gap of 52% against black, Asian and ethnic (BAME) minorities. In a blow for the firm's Arcus allies, it also reported a pay gap of 35.6% against LGBT staff. And a pay gap of 61.9% against disabled staff.

The firm said its ethnicity, sexuality and disability pay gaps were "impacted by the relatively small populations in each of these categories which can have a disproportionate and significant impact on our pay gap figures". 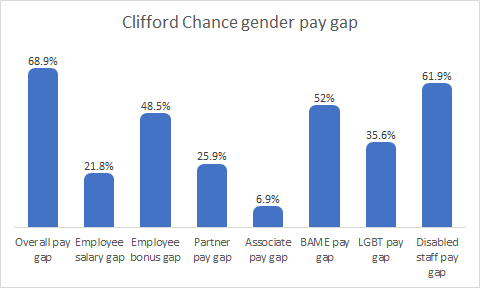 As was the case with CC, Slaughters' report also revealed that the main reasons for the overall pay divide were that only 24% of the firm's partners were female, and a high proportion of female staff occupied the least well-remunerated jobs.

Slaughter and May also reported a 51.1% ethnicity pay gap against BAME staff for partners and employees combined. 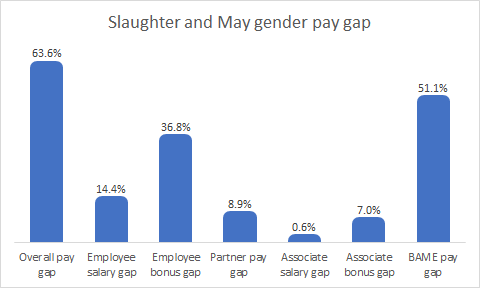 Executive partner, Paul Stacey told RollOnFriday that the firm is "working hard to maintain and enhance an inclusive culture at the firm" and that it will "continue to look at ways to address our gender pay gap, recognising that it will take time for some of these benefits to come through".

Tags
Gender
Clifford Chance
Slaughter and May
Tip Off ROF

FYI the gender paygap isn't real or reflective of any inequality between those of the same position. 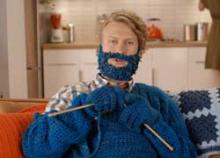 Slaughter and May lets associates choose whether to work part-time