Skip to main content
Babeheaven at the Jazz Cafe

I went to a gig last night. Yes, yes, I know that “Matthew at a gig” is an oxymoron, rather like “military intelligence” or “German cuisine”. The last time I went to a concert that didn’t involve a tenor in white tie standing awkwardly next to a pot plant was when I was 13 and saw Queen at Wembley. But Ned, the boyfriend of my oldest and dearest friend Max, is the drummer in a group called Babe Heaven and they were playing at the Jazz Café in Camden. Max assured us that we could watch them play in great comfort with excellent cocktails and food. And that sounded like my kind of gig.

I freely admit to being a complete novice when it comes to popular music, so I won’t even attempt to critique Babe Heaven other than to say that even I could tell that they were astonishingly good. The venue was completely sold out and was jumping. GQ magazine had rated it as the performance of the week that its readers shouldn’t miss. Here is a picture of me with Ned after their set. He’s the younger, better-looking one. I expect this will be the last photo taken of us together, as his rocket-like trajectory to stardom will soon necessitate battling groupies, agents and security to get within ten feet of him. 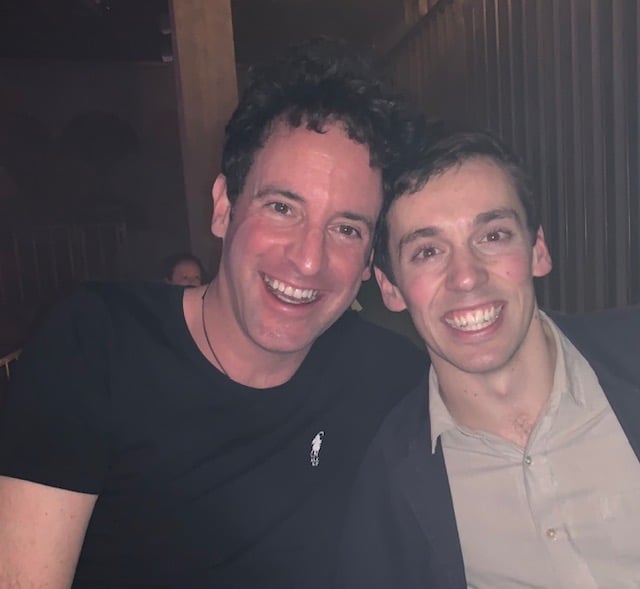 Max was bang on about the venue. Excellent negronis, delicious hot wings and burgers made of brisket and bone marrow, very reasonably priced Chateau Musar. All served up by super-friendly, pierced and tattooed staff to a young crowd of smiley, happy punters, with a note on each table asking them kindly to “shut the fuck up” during the performance. Absolutely brilliant fun. If you haven’t been then you should. If you want to sit and eat rather than stand and drink then you need to book. Website here - https://thejazzcafelondon.com. Babeheaven here - https://www.facebook.com/Babeheaven/.

My last real gig was Thin Lizzy in some farmers cowshed (holding 4,000 people) when Phil Lynot (God rest his soul) was still alive and kicking, and Gary Moore was still in the band! Look it all up you tube!

Actually I went to a gig where one of my PW colleagues was playing bass in a blues band (Rob .....?) at a venue similar to yours, amazing!

have you gone off the posh stuff then?

Congratulations on your discovery of the Jazz Cafe.  Welcome to the early 90s (admittedly a little more recent than your previous gig).