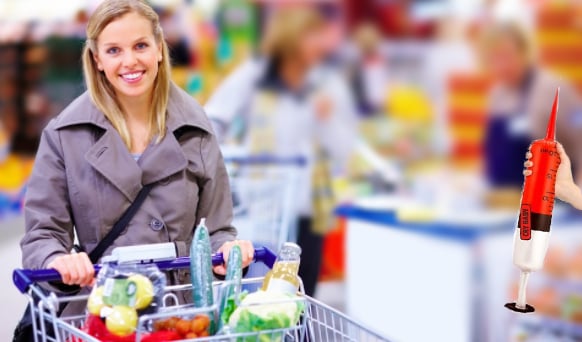 "Yes, I'm relieved to finally go back to the shops as normal...sorry, what's that?"

A solicitor, who previously worked at Allen & Overy, Herbert Smith Freehills and Milbank, has been charged with contaminating or interfering with goods in three London supermarkets.

The solicitor appeared in court last week. The prosecution said Elghareeb entered the Waitrose store on Fulham Palace road on Wednesday 25th August at 7.30pm where he proceeded to use syringes "to inject food items with blood." He then went on to inject food in a Tesco and Sainsbury's store on the same road, said the prosecution, and threw eggs in the Sainsbury's store. He was subsequently arrested.

The prosecution said the precise contents of the blood were not known at this stage, and food packages are being sent off for chemical testing.

Elghareeb was a man of "previous good character" who currently runs his own legal consultancy business, the court heard. He trained at HSF from 2009 to 2011, and later joined Allen & Overy's Dubai office as an associate from November 2012 to January 2013, before transferring to A&O's co-operation firm in Saudi Arabia from May 2013 to June 2014. He also had a stint as an associate at Milbank on a 6-month contract during 2014 to 2015.

The court remanded Elghareeb in custody, with a plea hearing set for later this month.

Hammersmith and Fulham council issued an "emergency alert" over social media last week warning shoppers to throw away any food purchased from the three stores on Wednesday night.

“The food items affected are believed to be processed meat and microwaveable products." said the Metropolitan police in a statement released shortly after the incident. "It is currently unknown as to how many items have been contaminated, or what with. Investigations are ongoing to establish if other businesses in the area are involved in the incident.”

Axe murder sprees I get. Injecting blood into frozen meals at Tesco is also super unhinged but has very limited carthartic potential, I imagine. A true weirdo among weirdos.

The bloke clearly has mental health issues. I hope he gets help he needs.

We've all done it

If this is proven or he tenders a guilty pleasure then he needs to be kept away from the public. Disgusting if true.

I suspect that even the hard-core cynics will accept mental health issues on this one.

Anonymous at 11:07 - we all have guilty pleasures

It were the egg throwing wot gave 'im away.

Very unsettling and wrong. Is it relevant that it coincided with the media's coverage of the fall of Afghanistan at all? Totally evil in any case though or for any other reason. But the media coverage of the veteran saving 200 dogs leaving his staff behind (eventually) was quite a PR disaster for the country. Dogs are more important than people basically. This veteran must know some bombshell secret.

very odd what ppl will claim is clearly mental health without any expertise on the matter - let alone knowing the person in question!

is osama bin laden a case of mental health issues? what he did isnt normal and is pretty unhinged!

Let's not rush to judgment. He could have been injecting some much-needed seasoning into those god-awful frozen meals. 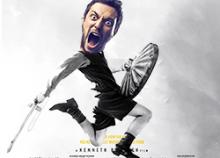