The Solicitors Disciplinary Tribunal has suspended a solicitor for 18 months for groping a junior colleague and sending her profane texts.

Gerard Scott, a criminal lawyer in the Sunderland office of Ben Hoare Bell, was a supervisor of a junior female colleague known as 'Person A'.

She qualified at the firm in March 2017, and the tribunal heard how, at after-work drinks that month, Scott became inebriated and groped her without her consent. His touched her bottom, lifted up her dress and went inside her underwear. When she got back home later that night, she received a text from the senior lawyer saying, "I would like to fuck you". She did not reply.

Person A told the tribunal that she felt humiliated by what had happened and considered reporting Scott, but was worried she would have to leave her job, so remained silent.

In November that year Scott got so smashed at another drinks evening that a colleague had to send him home in a taxi. Person A texted Scott to check that he'd got home safely, to which the silver-tongued charmer replied "Yes why? Want to fuck you why. I want to fuck you". 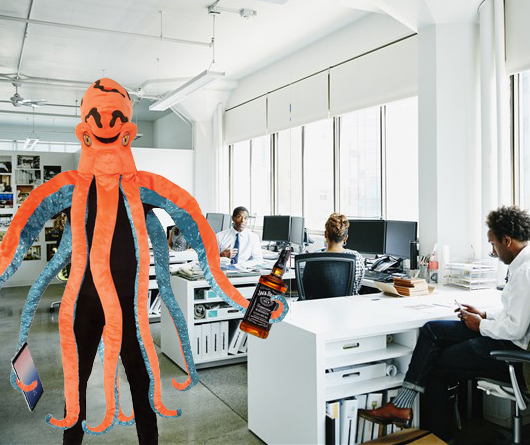 Person A reported the matter to HR and the police. Scott resigned from the firm and received a police caution for a malicious communications offence. He also reported himself to the SRA.

At the tribunal hearing, Scott admitted Person A's allegations against him, although he said that he could not recall all the details as he was so drunk. Scott said that he was "deeply sorry" for his behaviour. In mitigation, his barrister said that Scott was under enormous work stress which had caused him to drink excessively while on medication, which had resulted in his misconduct. He added that Scott had totally abstained from drinking since November 2017 and had no intention of working as a solicitor again.

Person A told the tribunal how the incidents had affected her. She said she had lost confidence, had struggled with anxiety attacks and her GP had prescribed medication to her as a result. She said she had feared being at home by herself in case Scott came round unannounced.

The tribunal found that Scott was genuinely remorseful but had failed "to act with moral soundness". The tribunal gave him an 18-month suspension and ordered him to pay £7,837 in costs.

The text isn't really a police matter, far less a caution. They've got better things to do.

Anon 08:41 So a man sticking his hand up a woman's skirt and into her pants without consent, followed by aggressive text messages isn't police business? Wow, I had no idea ladz bantz was so much fun!!

Read the article again 321 - it says the police caution was for malicious communication, not sexual assault. You might have a mistaken impression of 'ladz bantz'.

Malicious communication was against the background of the circumstances in which the messages were sent i.e. his previous actions.

Where in the article does it say that the caution was against the 'background of the circumstances'? Either a communication is malicious or it is not. This comes nowhere near meeting the threshold in my view.

Do the SRA help people in situations like this or is it all just about punishment?