England and Wales' first and only Afghan-born female barrister has revealed that a solicitor asked her to stop working on a case because the client wanted a white male barrister instead.

Rehana Popal tweeted this week that she had "Just had a solicitor call to tell me that a case that I had previously been instructed on, which was adjourned administratively due to lack of judges was now re-listed for December". However, "the client has said he doesn’t want an Asian female but a white male barrister". She said the solicitor had asked if she "could please return the papers".

Popal, a human rights specialist at 10 King's Bench Walk chambers in London, said the "saddest part" was that she was not surprised. "It’s not the first time this has happened and I’m sure it won’t be the last". She said it was "Great to know that no matter what you do in life, you’ll still be judged by the colour of your skin and gender".

"The cherry on the cake", added Popal, was that the client "wants a full refund".

10 KBW had been "great", said Popal, and "despite the potential loss of work", took a no tolerance approach and refused to provide a (male, white) barrister to appease the solicitor's racist client. 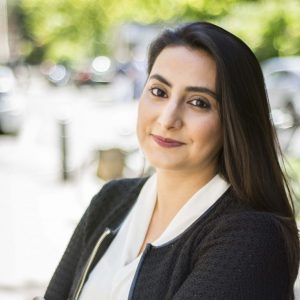 Popal told RollOnFriday that she would not name the solicitor or his firm. "As much as I disagree with how the solicitor handled the request, I appreciate the honesty because it has led to this conversation and we can only go forward from here". He was also "very apologetic", and although he "could have have been firmer with the client by either refusing to accede to their request or refusing to represent the client", she was "sympathetic" to his position. "They ultimately have a business to run".

Popal said it was not the first time that she has encountered racism at work, although in the past it has come directly from clients. "I’ve had a client say to me in conference 'all Asian lawyers are shit, especially the women'. That was extremely upsetting and difficult to deal with, as it was direct racism".

I think the solicitors should be named and asked to provide an answer.

I'd like to know more about the client referred to in the last paragraph - were they a corporate or individual client? Did they try to explain why they held views like that?

I once had a client resisting the appointment of a young, female expert witness because "men with a few gray hairs have more credibility"

These things happen. There are a lot of people who hold very antiquated views without even realising how inappropriate they are. It is important that when these things happen, there is someone there to speak up and well done to Popal and 10 KBW for handling it with integrity.

I’m sorry to say the antipodes are also struggling with racism and sexism in briefing of talented diverse women barristers. Women earn around 40% of the male average income and are overlooked for work well within their capacity in preference for (often less experienced but more costly) men

The Irwin Mitchell snitch wouldn't have hesitated to name the offending solicitor.

@MMM - its important that when people speak up that the full story is spoken up about. That's why the solicitors should be named and their response noted. There are indeed many people who hold inappropriate views without realising it.

And why it would be interesting to know more about the other client referred to.

i once had a Russian client ask the partner to take me off a case because I was Asian and the other side was an Asian too and he was worried about collusion. This was at an MC firm incidentally. To his credit the partner refused and I stayed on the case (but stopped attending calls and meetings).

I just thought it was funny because the client was crazy.

Something about this feels odd.

Why would the solicitor open himself up to misconduct proceedings by explicitly saying that he was withdrawing instructions for racist and sexist reasons (even if his client was the bigot). He must have realised it was a massive professional risk for no gain.

Not a lot the firm can do in this situation... can't just terminate the retainer

And today on "things that never happened..."

I agree with not naming the solicitor if the solicitor was honest - as we need to know and have the discussion rather than an excuse being made and not knowing the real reason for the withdrawal.  I wouldn't hesitate in naming and shaming the end client, down the track, however.

It's a bit strange the solicitor gave the reason. I would have thought most people would just say the client had changed their mind. I have had clients over the years wanting a change of counsel for all kinds of reasons (never sex or colour) and I have never once told the barrister why.

The client can choose who the hell (s)he wants and act as capricously as (s)he wants. How is the solicitor to blame?

If the solicitor is named, other solicitors will not be honest in their discussions with barristers in future and we would not be discussing this issue now.

That's no excuse for not naming them, in fact its all the more reason for naming them and hearing their response. If barristers feel that they're being discriminated against in the future, there's nothing to stop them speaking out, whether or not the solicitor is honest.

We're not having a proper discussion of this issue because we don't know all the facts, and as a result some people are accusing Popal of making the whole thing up. Are you sure your reluctance to name the solicitors isn't in some way because you don't want the issue fully discussed?

Better to have no conversation than one which isn't based on the full facts, that's how wrong assumptions can be arrived at. Name the solicitors please, and let them respond.

' Are you sure your reluctance to name the solicitors isn't in some way because you don't want the issue fully discussed?'

Are you still at school?

The solicitor has a business to run,  which you obviously don't

@Bernstein - you're resorting to making assumptions because your position is weak and you know it.

An allegation has been publicly made involving a firm of solicitors. In order for discussion to progress, the solicitors need to be named and asked for a response. That's not posturing, and the fact that the solicitors are running a business is irrelevant.

Your reluctance to have the solicitors named just makes it look as if you don't want this issue fully discussed. Despite your posturing.

It's up to the barrister whether she wants to name the solicitor surely.  On balance given how express the comments were for removing her I think it would be better if she did, but she is well within her rights to take an empathetic view and decide not to if that's her personal decision.

Not any more now that the story has been made public. There's a responsibility to reveal the full details, including naming thd solicitors and having them respond. Releasing only part of the story just gives rise to speculation, as we can see from the variety of assumptions which have been made regarding what happened.

In some cases, clients (both men and women) have a preference for a barrister of a particular gender, not always their own.

A solicitor doesn't instantly resign from a case if the client displays some gender bias.  Most clients have quirks and some are downright crazy.

I haven't come across racial discrimination before, but plenty of gender bias by both male and female clients.  It's rare that a client will override a Solicitor's choice of barrister, and I haven't seen it for reasons other than delay, but where a client expresses a preference pre-instruction for a particular type or sex of Counsel, I have never ignored that instruction.

I recommend the best Counsel I can for the case, but if the client wants someone else, then ultimately it's their case and their decision.

When Solicitors are formally appointed the "no gender bias" police, then we can have another discussion.  Until then, gender bias runs in both directions and the Solicitor's job is to follow the client's instructions.  I see no reason for returning a fee though.  Unless it was a payment on account, in which case work done should be calculated and deducted.

Its becoming increasingly clear from the range of scenarios which might have occurred that we need to know who the solicitors are and any insight they might have to offer.

We "need" to know the solicitor?  So you can confect the sort of social media shitstorm which could potentially ruin them?

How on earth do you conclude such need and entitlement?

@Rufus Youngblood - We have only heard part of a story. You are speculating that if the full story was known, the solicitors reputation could be ruined. You don't know the full facts at present, so are just blowing smoke. Given that the incident was made public, we have a need and entitlement to know who the solicitors are and what their response is in order that any discussion is informed.