The head of Shoosmiths’ private equity practice has been fined and banned for driving for 18 months after being convicted of drink driving.

Sean Wright is "considered to be the best corporate lawyer on the South coast" according to his profile on Shoosmiths’ website. But the Solent-based partner found himself on the wrong side of the law in September last year, when he was up before the court on a drink driving charge. He pleaded guilty to "driving while under the influence of excess alcohol" and was fined £1,500 by the court and slapped with a temporary ban.

The partner promptly reported the matter to the SRA, and the regulator has also fined Wright for his "reckless" behaviour with a "disregard of risk of harm".

The regulator's decision, made this month, was to slap the partner with a £750 fine on the basis that "the impact of the misconduct was low because there was no actual harm to others or damage to property".

The partner admitted that he had "failed to behave in a way which maintains the trust the public places in him". But the SRA noted, in mitigation, that Wright co-operated with the investigation, had shown remorse and expressed regret. So he seems to have accepted his wrongdoing, unlike this lawyer with a driving indiscretion.

"Sean admitted the charges, notified the SRA at the earliest opportunity and co-operated throughout," said a Shoosmiths spokesman. "We respect the decision of the SRA given the nature of he offence. At the same time, we have also held our own internal inquiry and the matter has been resolved." 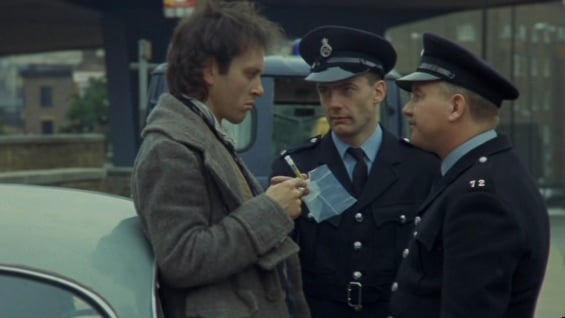 "Honestly officer, I've only had a few ales".

As firms continue to deal with the impact of Covid-19, Shoosmiths has also had to make pay cuts. But the firm seems to have taken a fair approach in offering a commensurate drop in working hours, as adopted by other firms.

Those at the top of the Milton Keynes headquartered-firm are taking a hit as equity partners have not been drawing their usual dividend payments. "Further dividend payments are under review, along with drawing reductions," confirmed the spokesman, adding that "all partners and directors will take a 20% reduction in pay."

A source at Shoosmiths told RollOnFriday that a high proportion of staff at the firm have also been furloughed, but the firm refused to confirm details of the percentage of staff affected.

Interesting that the SRA justification for the small fine here because "the impact of the misconduct was low because there was no actual harm to others or damage to property". This was not considered at all in the Claire Matthews strike off decision. Is the SRA saying that if you are a partner you have to actually kill or maim someone to be struck off? Why is not the same reasoning applied to junior lawyers who make a single mistake, tell a lie and come clean 3 days later?

Here the partner could have actually killed someone. They chose to get behind a wheel of a car and drive whilst intoxicated. I wonder how many times they actually drunk drove before they got caught? No amount of owning up to this mistake or cooperating with the investigation can mitigate that this is criminal behaviour.

Why only a £750 fine and the ability to carry on with their career as though nothing has happened? I

It's pretty uneven. Debt recovery is roaring away and litigation still busy, as are private client. Real estate, VC and corporate is a ghost town though.

All decent firms have reduced hours / targets where they've cut pay... any other approach is equity partners making sure the impact on their (expensive) wallets is kept minimal.

Poor form on drink driving but at least (a small mercy) he has held his hands up.

Me too - I can see that striking him off would reduce the number of corporate lawyers on the South Coast by 50%, but drink-driving causes 6000 casualties a year - the lack of actual harm in a particular case is often a matter of dumb luck.

Not really comparable with briefcase-forgetting.

While I agree with the questions raised by 09:01 completely (the difference in treatment is a disgrace), I still struggle conceptually with why the SRA should be able to fine a lawyer for breaking the law in respect of a matter completely unrelated to their professional work.  Surely the SRA is there to regulate the lawyer's conduct with respect to professional matters and not all aspects of a lawyer's life.

I acknowledge that as a lawyer you should be held to a higher standard and certainly breaking the law deserves some sort of disciplinary action from a regulator, but why a fine and not e.g. a warning or a behavioural course to help the person?  It just seems like the SRA look to profit from any lawyer misconduct.

9:26 - we are officers of the court and our function is to uphold the rule of law. If lawyers commit imprisonable offences (like drink driving) that might and do kill thousands of people, then f*** yes - it is the SRA's job to sanction them strongly.

SRA too busy lining the pockets of their chums at Capsticks who are"sole legal provider" (a concept unknown at any other regulator). The Lord Chancellor needs to look very closely at SRA cronyism.

His rebuke by the regulator matches others who have been treated in the same way.

09:38: Well I guess the point is that a fine doesn't feel like the strongest or most appropriate sanction (in fact, what the hell does a £750 fine even achieve beyond contributing towards the FCA's finances?).  If you want strong sanctions then strike them off or use some other actual disciplinary tool - not a bloody fine.

The above comments show a lack of any detailed understanding of the SRA’s enforcement strategy document or indeed solicitors’ obligations under the STaRs.

Misconduct relating to the safe provision of legal services and particularly where there is an aggravating factor such as dishonesty or lack of integrity are viewed far more seriously than a poor lapse of judgment in your private life unconnected to your work or legal services.   A one off driving offence is clearly less serious in terms of the regulation of legal services than repeatedly lying and covering up a breach of the code when you lose clients’ documents in the course of your job.

Being “the best corporate lawyer on the South Coast” is like being the best dressed man in Bulgaria.

Yes, but the offence wasn’t one that carried a custodial sentence so your point is irrelevant.

Presumably it was a company car, or Shoosmiths offered a mileage allowance, making this the SRA's responsibility?

I find it concerning that the SRA has set up a parallel quasi-criminal justice system. I understand the need to protect the reputation of the profession, but I think they’ve extended their own jurisdiction a little too far by intervening in cases like these.

@Realist 15 May 20 10:18 Agreed. The proper failures end up deep in the provinces or offshore.

Misconduct relating to the safe provision of legal services and particularly where there is an aggravating factor such as dishonesty or lack of integrity are viewed far more seriously than a poor lapse of judgment in your private life unconnected to your work or legal services.   A one off driving offence is clearly less serious in terms of the regulation of legal services than repeatedly lying and covering up a breach of the code when you lose clients’ documents in the course of your job.

I've never such a lack of self awareness and I've argued with Anna! A "poor lapse of judgment" indeed.

Misconduct aggravated by the terror induced by gleefully rubber stamping a toxic work environment and a recruitment system so archaic and broken that the Ottoman empire would sit up and say "steady on, maybe there is a better way to do that" is not somehow worse than a partner who finally gets caught "chancing the back roads home"

In what universe is "I am above the law" better than "I fucked up and am terrified (rightly so, seeing the mental costs bill!)"

Driving or attempting to drive while above the legal limit or unfit through drink can result in:

The fact that he managed to avoid a custodial sentence in this case is neither here nor there - leaving a bag on a train is not criminal at all.

Having said that, if I were trying to run a corporate practice from the crappy, open-plan, hot-desking, chicken barn that is the Solent business park branch of provincial, MK-headquartered, sub-par, budget law factory that is sometime Golden Turd winner Shoosmiths, I would be blind drunk by 5.30pm and have to get an Uber home every night...

"Having said that, if I were trying to run a corporate practice from the crappy, open-plan, hot-desking, chicken barn that is the Solent business park branch of provincial, MK-headquartered, sub-par, budget law factory that is sometime Golden Turd winner Shoosmiths, I would be blind drunk by 5.30pm and have to get an Uber home every night..."

THE BEST CORPORATE LAWYER ON THE SOUTH COAST

Susmoking, exactly. He now has a criminal record (was fingerprinted, photographed and had his dna taken- oh the shame). Time and time again it is stated in the regulator's decision on drink drive convictions that it was a one off- yeh right. And they admitted it straight away- well how stupid would you have to be if you had a trial when you were caught banged to rights. My pet hate has always been drink drivers. Fine risk your own life if you want but don't risk the lives of random members of the public. The penalty imposed by the regulator may or may not be correct but the optics are seriously off.

Graham - someone got rejected from Shoosmiths then didn’t they

The unbearable shiteness of being (at Shoosmiths).

leaving a bag on a train is not criminal at all.

Dude, the issue wasn't leaving the bag on the train.  The issue was lying about it afterwards.  She knew she'd lost the documents and she claimed to have left them at home.

If she'd fessed up about it she would never have had to face the SRA - although her firm would doubtless have been pissed about it. 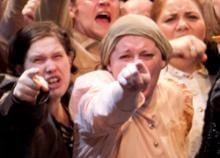 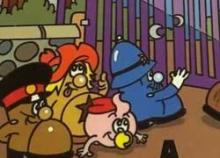 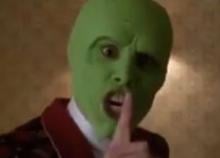