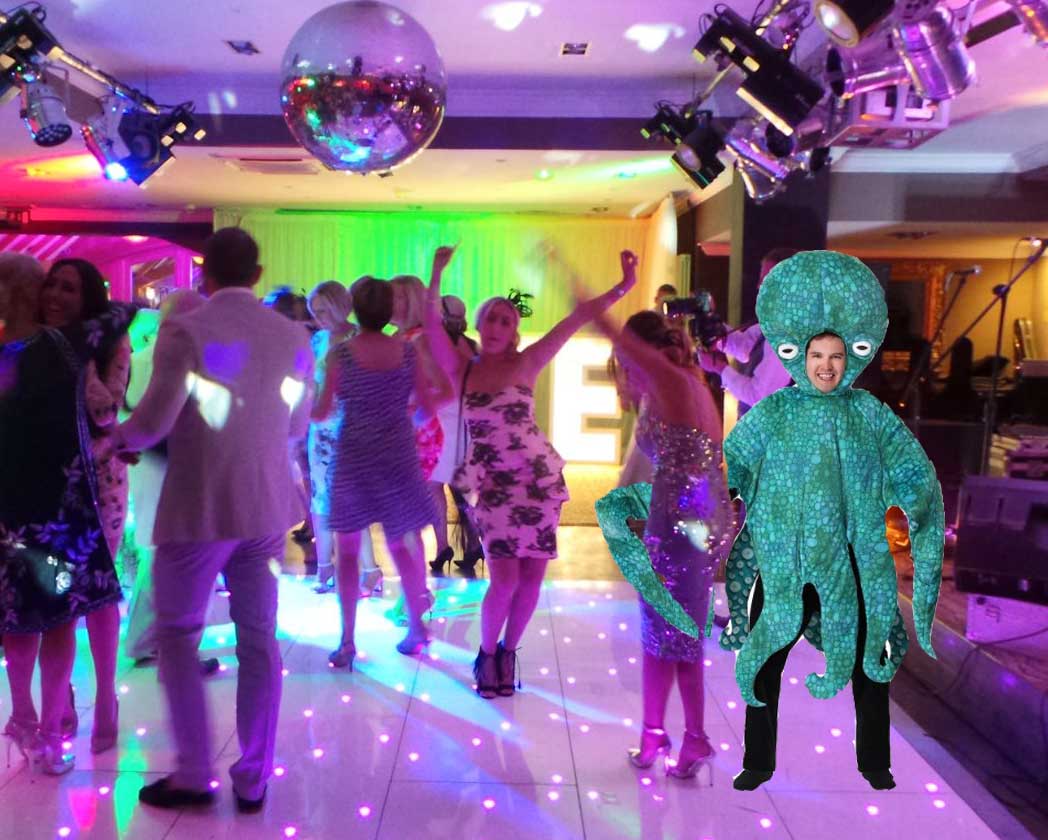 How not to take a hands-on approach with interns

A former partner at a top New Zealand firm has been found guilty of inappropriate sexual conduct towards student interns.

James Gardner-Hopkins, who was the head of Environmental Planning and Natural Resources at Russell McVeagh at the time of the incidents, faced charges of misconduct following an investigation by the Law Society.

Gardner-Hopkins told the tribunal that the culture of Russell McVeagh involved a great deal of entertaining and heavy drinking. He said he believed the firm expected him to be the "young, cool partner", and as such, he was involved in the recruitment of law students.

The New Zealand Lawyers and Conveyancers Disciplinary Tribunal has found the former group leader guilty of six charges of misconduct. Five of the proven charges related to inappropriate touching of student interns at the firm's Christmas party at a bar in 2015.

In one incident, one of the students told the tribunal that Gardner-Hopkins put his arm around her waist, and "kept going with his hand so that it was positioned between (her) hip and (her) pubic bone over the line of her underwear". He nuzzled the side of her face, which made her think he was trying to kiss her, and so she removed herself from him.

Gardner-Hopkins recalled the interaction, but denied any sexual intent or attempting to kiss her, but admitted his recollections were a "bit hazy".

Interns also accused Gardner-Hopkins of fondling them on the dance floor.  One intern said the partner had his hands on her waist and touched her breasts in a manner "so it could be masked as dancing". Another intern said he approached her from behind on the dance-floor and "grabbed or caressed her bottom".  But Gardner-Hopkins said any such touching would have been accidental.

Another intern said that Gardner-Hopkins put his arm around her in a tight glasp so that she felt engulfed by his "large physical presence." She said he touched her bottom, and kissed her. Gardner-Hopkins said he did not recall the incident, but denied any sexual intention.

In another incident, Gardner-Hopkins traced a red wine stain with his hand on an intern's t-shirt, across to her breast, which led to the intern saying she felt "paralysed" and "shocked" by his conduct. Another student who witnessed it described it as "creepy" and said they had a "strong feeling" that "something was happening, that shouldn't have been happening." Gardner-Hopkins said this was meant as a joke "albeit a bad one."

Gardner-Hopkins was also accused of trying to get into the taxi with the same student, and asked her to a nightclub called "El Horno", known as "The Horn". Other student witnesses said they managed to prevent the lawyer climbing into the taxi with the female student. Gardner-Hopkins denied trying to persuade the student to go to The Horn with him, and claimed there must have been a misunderstanding.

The tribunal lambasted the lawyer for paying "little or no regard" to his professional obligations, and ruled that he had purposely intended to get drunk and neglected to "pay any attention" to the behaviour required at a firm function. The tribunal said that non-consensual touching, connected to the workplace, on someone that a lawyer "has power over" has "always been unacceptable.”

The panel rejected Gardner-Hopkins’ claims that any inappropriate touching at the party had been accidental, and deemed his recollections to be "unreliable.”

The tribunal found the accounts of the students to be compelling and honest. "It is a mark of shame for the profession that its most junior members have shouldered the burden of bringing these events to notice," said the tribunal. It was revealed at the hearing that at least one of the interns had left the profession, one left New Zealand specifically because of the events, one changed her area of practice to avoid contact with Gardner-Hopkins, and one felt her career had been adversely affected.

The tribunal also found Gardner-Hopkins guilty of a sixth charge of misconduct, at another work party that Christmas, which was held at his home. Gardner-Hopkins kissed and had "intimate touching" with an intern in the sauna of his house, while others were present in the sauna and witnessed the actions.

Although the kiss was consensual, the tribunal deemed it to be "disgraceful and dishonourable", due to "the enormous power imbalance" between Gardner-Hopkins and the intern.

The tribunal will decide a penalty at a later date.

After the incidents were reported to the firm, Gardner-Hopkins was told in early 2016 that his position as a partner was no longer tenable, and it was agreed he would resign.

When details about the incidents were publicly reported in 2018, it sparked protests in New Zealand as part of the "Me Too" movement.

The spokeswoman said that since then, the firm has "focused on making changes, including commissioning and making public a wide-scale review of the firm's culture, policies and practices, and provided subsequent updates".

"As the case remains before the Tribunal for the purpose of penalty, the firm will not be commenting further at this time," the spokeswoman added.

James Gardner-Hopkins told RollOnFriday: "As the Tribunal process has not yet concluded, my advice is that it is not appropriate for me to engage other than through that forum."

If you have to describe yourself as young and cool then you definitely aren't.

El Horno. Couldn't make it up.

Although the kiss was consensual, the tribunal deemed it to be "disgraceful and dishonourable", due to "the enormous power imbalance" between Gardner-Hopkins and the intern.

1. I am amazed that there is this much nightlife in the entirety of NZ. Went there once and it was the sleepiest place I've ever been, even finding a pub after ten was a struggle. Frankly, this chap has worked hard to find this many opportunities.

2. All of the incidents in clubs etc sound bad - absolutely right to sanction him. But this one...

The tribunal also found Gardner-Hopkins guilty of a sixth charge of misconduct, at another work party that Christmas, which was held at his home. Gardner-Hopkins kissed and had "intimate touching" with an intern in the sauna of his house, while others were present in the sauna and witnessed the actions.

Although the kiss was consensual, the tribunal deemed it to be "disgraceful and dishonourable"

Surely at the point that someone has gone to your home, hopped into your sauna with you, and consensually kissed you while being caressed by steamy vapours emanating from the hot coals therein, it's time for the Regulator to recognise that it's two adults having a good time and that it has really overstepped its remit by intruding.

Fair play on the rest of them, but that one sounds like another offended bystander (who, frankly, ought to question what they were doing in the sauna with them in the first place).

No, it's the Botany Department of a Boston university.

@10:33 - they were referring to Gardiner Haskins me thinks. It's an interiors and garden outlet. /whoooosh

On reflection, the phrase 'Christmas' Party is probably a euphemism.

This story is way too long and detailed for busy lawyers to read :)

He believed the firm expected him to be the "young, cool partner". This expectation extended to pressure being applied on him to behave in a certain way, to the detriment of his mental health. Examples of this included:

• being expected to wear a backwards baseball cap at all times

• convey himself around the office by skateboard

• wear sunglasses at all times, even indoors and when overcast

• address junior members of staff as ‘my dude’ and senior ones as ‘boss man’.

Has any crime been committed?

Ladies - if you're discomfited by the frequent poster who seeks to deny the reality of women's lived experiences and minimise the reality of sexual harassment and assault I recommend you read this book.

Men who hate women so much they think we're all liars and who think sexual harassment and assault don't matter should be avoided it at all possible.

This book will help you to identify people like him.

Thanks for the book recommendation.

I bought it after I saw the harassment denier on the other thread going at it again.

The easier it is to spot them the better.

But in men's defence a lot of them are well aware or the reality of women's experiences and those who claim not to be are usually the ones that are doing it.

As a former Russell McVeagh alum, I think JGH let the firm down.  There was always a lot of drinking at Christmas parties (and every Friday), but in my experience partners were able to keep their hands on their drinks and off the summer clerks.

Two other points of note:

- While the consensual kisser was not a complainant, my understanding from the Tribunal's decision is that she had been identified as a summer clerk who stood out for her alcohol consumption to the point where it was of concern to the firm (and at RMcV that was a very, very high threshold to pass, so she was probably vulnerable) and there is always an inherent power imbalance between partners and summer clerks open to abuse (not to mention that it is not "morally ideal" conduct given his wife was asleep upstairs); and

- Also not mentioned in the article, the firm had already recognised that JGH had a drinking problem and was requiring him to seek counselling for it.  Why any firm would let the partner drink at firm functions in those circumstances is entirely beyond me and a complete lapse of judgement.

It will be interesting to see what the sanction imposed is.  Running a defence of contrition and self-denial at the same time is probably setting him up for a harsher sanction than if he had not run implausible arguments of groping and kissing without sexual intent.

7th July @ 6.50 - there is sometimes, although not always, an inherent power imbalance between partners and summer clerks open to abuse on both sides.