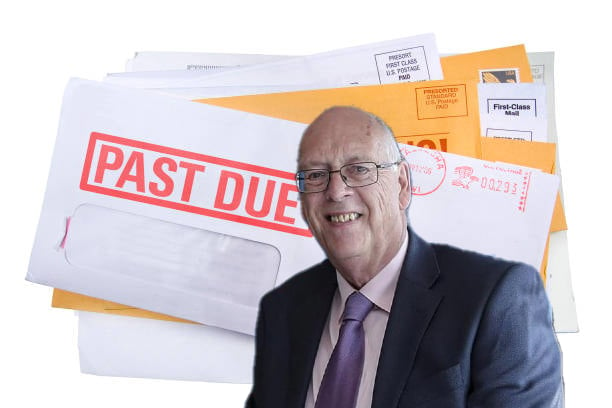 Metamorph Law has vowed to survive a winding up petition issued by HMRC.

The company owns and operates over a dozen law firms including north-west-based Linder Myers, and the business currently employs approximately 650 people. RollOnFriday revealed two weeks ago that Metamorph had failed to pay its staff on time and that its chairman had offered to resign.

In a statement addressing the action taken by its creditor, Tony Stockdale, the founder, CEO and Chair of the group, said, "We are working to resolve matters with HMRC and we are very confident of a successful outcome".

He said the group had "a supportive group of shareholders and management team who remain committed to our strategy".

"That said, the action of HMRC was a shock to everyone. As a result we will be making a number of changes in the business to avoid a repetition."

A spokesperson for HMRC told RollOnFriday, "We are unable to comment on identifiable businesses due to strict confidentiality rules", but said, "We take a supportive approach to dealing with customers who have tax debts and only file winding-up petitions once we’ve exhausted all other options, in order to protect taxpayers' money".

Metamorph's accounts for 2021 are months overdue and Stockdale offered to resign over the group's perilous financial situation, according to an email he sent staff in August.

"All of you have had your confidence in both myself and the business rocked", said Stockdale in the email, adding that he was stepping down as CEO but staying on as chairman, and that shareholders had agreed to pump in emergency funds to avert any immediate danger.

Metamorph responded to RollOnFriday's request for comment in September by picking out Stockdale's assertion that six individuals had taken on "enhanced roles" to lead the business. "No enhanced roles were ever undertaken as referred to in [Stockdale's] email", said the company, adding that the six people did not have "any role whatsoever in the financial or strategic management of the business".

The reaction to the current situation from people purporting to work at Metamorph was mainly one of fury, and largely unprintable. "How often should he be allowed to get things wrong and 'escape'", fumed one source. "Faith now with the SRA and the Pensions Regulator", said another, who hoped they would "restore some credibility to the individual firms under the group before it’s too late".

Never, ever trust anybody who says 'myself' when they mean 'me'.

Another law organisation that should be managed by Accountants not the legal profession.

I still work here and they arent doing anything about it, they are hoping to TUPE everyone over to a new currently unnamed firm/company to try and beat this

I think its time tony stood down, and the company just shut up shop for the sake of the staff and clients

Re the comment at 11:16. Perhaps if you did not speculate about company matters but focused on continuing to serve your clients, the company would stand a better chance of rebounding from this.

@The one with no name - Hey Tony

RE the comment at 11:37 - perhaps you should get on with trying to resolve the matter rather than replying to online comments Tony 👍

Stockdale is an accountant - any other ill-informed smart arse comments or do you want to leave it there?

re the comment at 11.16 - perhaps if the company explained why we were getting paid on time, or where out pension payments have been for the last 6 MONTHS people would be able to focus on serving clients.

Maybe if the company hadnt been removed from several panels we would be able to get work from brokers and lenders and bounce back. The fact you blame members of staff when there is such chaos surrounding our own money is incredibly rude and inconsiderate of you

The pensions issue was dealt with in a company-wide email a few days ago and if you believe it, it’s in the process of being sorted out.

Any idea where we're going to TUPE to?

When I was forced to change my pension plan over to the Metamorph one, they immediately failed to pay on time. A constant 3 month (legal but grey area) arrears. Sometimes they did pay twice in a month but it was always still in arrears.

Even after being made redundant, it took 3 months to get my final pension money. Also, for funsies, after making me redundant they chose to split my redundancy payment over two months without telling me

@Employed by these clowns

You are removed from panels because the "Metamorph way is not to pay!" and then "Surprise Pikachu face" when kicked off panels and sales drop. Been like this for years.

To anyone left working for Metamorph, it won't get better. It didn't for me over 4 years, save yourself now.

@ the comment at 11:37 - absolutely disgusting that the ownership of failure is put on staff yet management cant even run a simple payroll and has expected staff to remain loyal after MONTHS of payment issues. Can't even pay pensions over either!

Should hang your heads in shame!

@Astray 13.05 - maybe you could TUPE over to JMW like the COP Team did after a couple of years of secret exit-strategy planning meetings with various other local law firms

re comment at 12:29 please check before posting - why explain when getting paid on time?? Also my contract states a day for payment not a time in that day, and yes I have also been paid late.

The sooner Tony lets go the better and then people who can & want to help get the firm back up and running properly the better.

How can a winding up petition from HMRC(!) be a shock. It’s the lack of respect shown to employees and attempts to blame them for the mess which is shocking! I would be surprised if anybody decided to stay with this company and even more surprised if they will be able to recruit!

Whilst this is unsatisfactory I am bewildered by the amount of people that seem to get glee from 650 odd people potentially losing their jobs, I think a little empathy is required

You should be happy to sacrifice your salaries in order to ensure that the company survives. Ultimately, one day we will become dust, worm food, rotting in the ground. Metamorph Group will live on. The company legacy is what matters and you should be determined to do whatever it takes to ensure tony stockdale lives his life to the highest standard.

The steps involved in a pre-pack administration

1. A company is under pressure from creditors and is threatened with receivership or liquidation.

2. A firm of licensed insolvency practitioners is contacted to discuss the situation.

3. the IP values company assets and prepares a Statement of Affairs.

4. If the intention is to transfer the assets to a new company, or ‘newco,’ cash flow, profit and loss, and balance sheet forecasts should be provided to demonstrate the viability of the new company, and their ability to purchase the assets.

5. The company is placed into administration, suspending all legal actions against them, and assets are sold immediately.

6. The administrator organises a creditors’ meeting during which an explanation for taking this insolvency route is provided, and at this stage, a recommendation for liquidating the company is often given.

7. The IP repays creditors pro-rata, with funds received from the liquidated assets.

Re the comment at 11:37 - bit difficult to serve your clients when bills aren’t paid, so something as simple as ordering searches or obtaining Land Registry documents isn’t possible. Now with membership to a number of mortgage panels in question, staff won’t be able to act on many purchases before long.

Perhaps Tony should take his own advice and sell, sell, sell.

I'm still working at this company, yet when I look on the pension providers website, Metamorph last paid it on 13/7/22....... on further inspection, that payment was over two months late....

How can this be allowed to happen? 🤬🤬🤬

I think I got out at the right time. My pension payments STILL have not be paid despite receiving a group email stating these would be bought up to date this month. I can only see this company going under. It’s such a shame, they have great staff working their arses off yet from previous emails they like to blame the conveyancing department for the lack of billing however from what I understood they were always late on paying referrers, search providers and land registry etc which resulted in them not getting any work or unable to complete their work.

Who's come on to mass downvote?

The comment about being happy to sacrifice wages to save the company is clearly coming from an idiot! People have bills to pay, Mortgages and rent not to mention families to feed!

Clearly this company is run by Mickey Mouse and will eventually fail so for the staff there already find alternative employment!

I thought we were entering into TUPE consultation this week......but all I see is tumbleweed!

Any cause for concern?

The new addition marks Metamorph Group’s eleventh acquisition and takes the group’s underlying revenue to £35m pa and total number of staff to 650."

I would like to know where the £35m PA has gone, because it certainly hasn't gone into my pension pot, paying HMRC, or staff wages. I think even the companies' toilet paper is on lease!

Tone can do it, put your fat ass into it.

Payday tomorrow… will we be paid or are my direct debits bouncing again?

Has anyone heard anything from the pension provider about whether the pensions actually were paid up? 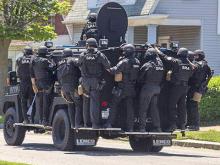 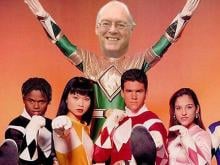 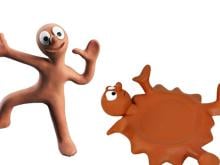 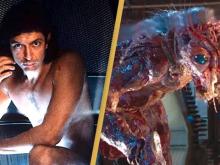 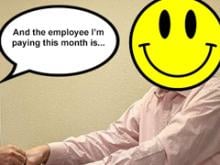