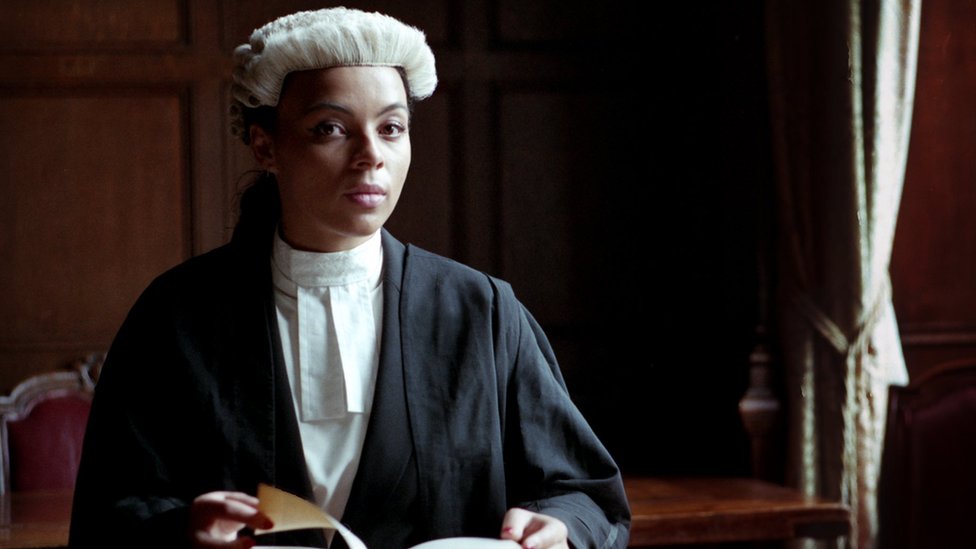 HM Courts & Tribunals Service has launched an investigation after a black barrister complained about being mistaken for a defendant in court, three times in one day.

Alexandra Wilson, a criminal and family law barrister at 5SAH Chambers, gave her account of the incident in an interview with the BBC. She said that when she arrived at the magistrates court, a security officer asked for her name on the defendants list. Wilson told the officer that she was a barrister and he apologised.

Wilson was wearing court attire of a suit, and carrying a laptop, but she was not wearing her wig. When she was about to enter the courtroom a member of the public told her not to go in, as only lawyers could enter (saying that she thought Wilson was a journalist). But the courtroom usher told Wilson to ignore the person and head in.

As Wilson opened the courtroom door, a lawyer told her to wait outside and sign in with the usher for her case. When Wilson explained she was a barrister, the lawyer looked embarrassed and said "Oh I see."

Wilson then went over to speak to the prosecutor, but said that the clerk told her very loudly to get out of the courtroom because she had to wait for her case. Wilson said that, once again, she had to explain she was a barrister.

Wilson told RollOnFriday that she was "shouted at, ordered to leave the courtroom and treated dismissively multiple times in a manner which was humiliating and upsetting".

"Every other legal representative that day was white and no one else was challenged for their credentials or spoken to dismissively," said Wilson. "It was assumed that someone who looked like me was unlikely to be a barrister."

"The only thing that set me apart was the colour of my skin and when so many other black barristers have shared similar experiences, it underlines the problems BAME lawyers regrettably have to face," she said.

HMCTS Chief Executive Kevin Sadler said that he was very sorry about Wilson's experience at court, and that he would investigate the "totally unacceptable behaviour" as a "matter of urgency."

Wilson said that although she received an apology which is "the minimum" she would expect, "much more needs to be done to educate all court staff, barristers, solicitors and anyone else working in the justice system about conscious and unconscious bias."

Amanda Pinto QC, Chair of the Bar Council, told RollOnFriday: “The experiences barrister Alexandra Wilson describes are appalling. No one should be treated that way whether in their workplace, including when turning up at court to represent their client, or anywhere else." She confirmed that she was speaking directly with HMCTS, the judiciary and the CPS.

Law Society of England and Wales president Simon Davis said that the society was conducting research into the experiences of BAME members, "including the impact prejudice can have on their confidence, career satisfaction and progression, and how we can drive change."

Wilson was also in the news last week for criticising Amazon for allowing a third party to sell hats with the slogan "Black Lives Don't Matter". She said that it was "honestly embarrassing" that the caps were being sold on Amazon, and questioned whether there were any checks in place.

Amazon has now removed the hats, but Wilson said the delay was "really disappointing".

The 25-year-old has just published her new book, In Black and White: A Young Barrister's Story of Race and Class in a Broken Justice System.

Mistakes happen.  I’ve been mistaken for a supermarket worker, a gardener, a claimant, a defendant and an accused.

I have been stopped by the police and spoken to in a confrontational and unpleasant way.

I have accepted these things because mistakes happen.  Perhaps somebody might like to write a story or make a film about these incidents if they are genuinely newsworthy or important.

I think is dreadful as it was so often and on the same day. It is not like the times I have been taken to be a shop worker as I was in a black skirt and white blouse,  when I have always, quite amused, help the customer to find the stuff whilst explaining....

@8:57 your comment misses the mark so spectacularly. Troll off somewhere else.

"All part of life" - you seem to willingly be putting your head in the sand on the clear racism that was at play in this particular instance. How can it possible be an acceptable part of life that a black female barrister is mistaken for a criminal defendant three times in the same day? The plain fact is this would not have happened to a white barrister, and don't bleat at me that we all face unfairness. Yes, life is unfair to all of us, but it's particular unfair to POC. It might do you some good to open your eyes to this instead of commenting with your "all lives matter" equivalence BS.

Just awful.  This has never happened to me (a white woman).  To have it happen several times on a single day is staggering.

As an Asian male I have been asked if I am seeking asylum when representing a client at the Employment Tribunal (which also included the Immigration Tribunal) despite being in my suit.

When accompanying a white client to the SFO, I was addressed as a criminal and the client had to point out that I was the lawyer on a number of occasions.

These are not isolated incidents.

As a white middle class male this has never happened to me when appearing as an advocate at court. I am treated with politeness and presumed to be a legal representative based upon my suit, what I am carrying and to a certain extent the confidence in my demeanour.

I am gutted to read about what happened to a female BAME barrister. A single mistake may happen, but the pattern of behaviour she suffered in a single day is appalling.

At the risk of sounding disparaging, the folk employed at HMCTS are quite often not the sharpest knives in the drawer, are a few sandwiches short of a picnic, and seemingly, the lights are on but no one's home. They are employed to do a job that does not involve much intellectual heavyweight lifting. If a clerk makes a comment or remark that seems inappropriate, it is usually unintentional. Furthermore, said clerk can be replaced quite easily.

Having said that, there are no excuses for Judges, Barristers, Partners in law firms and Senior Solicitors making the same mistakes because when they do it is usually intentional and far more sinister. They can't be replaced so easily.

Unconscious bias testing should be mandatory in most workplaces, but to be honest, I doubt it will make a scintilla of a positive difference to racists.

"Anon 02 October 20 12:24"
quote: "At the risk of sounding disparaging, the folk employed at HMCTS are quite often not the sharpest knives in the drawer, are a few sandwiches short of a picnic, and seemingly, the lights are on but no one's home."

How utterly insulting to HMCTS staff. And how incorrect your assessment of the people involved in this case.

The account, as described in this article, details a total of 5 people in that Court who....

Who did not treat this Barrister negatively:
Court Usher.
This person would have been directly employed through HMCTS and would be the lowest paid out of all them (not inc the MoP as we don't know what they do for a living. Maybe its a job that enables them to be nosy).

Thus, your statement is incorrect. The only persons who may have not been the "sharpest knives"  or be the picnics lacking sandwiches or not having the lights on, were two legal professionals, one security officer and a member of the public who had no right to say anything whatsoever and was told to sit down by the Court Usher.

I suggest you do an unconscious bias training and keep in mind you how you view HMCTS staff members who are, frankly, lowly paid, have to deal with idiots across all professions and none and have people like you insulting them all the time. These same people have been in the front line dealing with a massive uplift in technology to keep the IT and Courts running at no thanks, and at great risk all these months with covid 19.

You ought to be ashamed of yourself.

This should not ever happen. I am a balding middle-aged white male with glasses. So I am the stereotype of a lawyer. Nothing like that ever happened to me, not even 30 years ago when I looked much better (and wilder). I will buy her book. It is the east I can do.

@All Part of life -  I’m sorry but as a lawyer who is a POC, I find it amazing that you should actually compare your own experience to this poor lady’s.

Institutional racism and unconscious bias is so ingrained in our industry and society, please don’t come with your mistakes happen spiel. Frankly it’s just tiring and a bit insulting.

You have too much time on your hands. That is all.

Wilson told RollOnFriday that she was "shouted at, ordered to leave the courtroom and treated dismissively multiple times in a manner which was humiliating and upsetting".

Being humiliated and upset is very much not the right frame of mind when you have a demanding task in front of you. Will her clients get their interests properly taken care of under such circumstances? An attack on a barrister is an attack on the clients rights.

I know all the khunts on the board will believe this and snigger as they do so, but whenever I am in a department store shopping for personal items during lunch I have moronic middle aged women come up to me and ask me for directions.  I often make them up just for fun.  Mea Culpa.

Does anyone remember Charlotte Proudman?  The junior barrister who sought headlines every single chance she could?  Changed her name after she finished her university studies and had thoroughly embarrassed herself challenging parking fines?  Became a real joke everywhere after trying to milk a mild (and frankly charitable) LinkedIn compliment into multiple television appearances?

I expect this woman to also be calling herself an "award winning barrister" in a few years.  It's a proven career strategy, after all.

Well, all I can say is that it's very lucky that she's just got a book out.

And a book about race and diversity stuff at that.

If it weren't for that almost embarrassingly fortuitous coincidence, then no good would have come out of this unverifiable incident at all.

Looks like she is trying to raise her profile.