Welcome to your new position.

A firm stranded a paralegal without a job during the pandemic when it rescinded its offer after he had already resigned from his old position.

'Leo' took a telephone interview with Fletchers Solicitors on the first day of England's lockdown in March, and he explicitly checked that the pandemic would have no impact on the firm's recruitment plans and his role. When Fletchers reassured him it would not and that business was "continuing more or less as usual", Leo accepted the offer.

But at 5.20pm on Friday 1 May, the week before his new job was due to start, Leo received an email from Fletchers notifying him that his start date had been pushed back to June, "providing no explanation as to why".

After several attempts to call the firm, Leo finally reached someone who told the anxious lawyer his postponement was because "established team members" who would have supported his induction had been placed on furlough, but that "this is a delay, not a retraction of the offer".

Approximately every fortnight after that, Fletchers emailed Leo to say that it was unable to provide a starting date, but "every time they speculated that it might be the month after". He said the firm consistently mentioned that the offer "is not going to be retracted".

On 15 October, after almost six months, the offer was retracted. Fletchers offered to give Leo one week’s pay as a goodwill gesture.

Leo had already handed in his notice, and his employer told him it was unable to reverse the process and that he would have to re-apply as an external candidate when it unfroze its recruitment program, whenever that might be.

"In other words, Fletchers Solicitors made me quit my job and then left me without a job during the worst time for the economy, essentially leaving me with no income for 6 months", Leo told RollOnFriday.

"I cannot describe the anxiety I have suffered during this period", he said, describing how he scoured the job market after being left in the lurch.

A spokesperson for Fletchers Solicitors said that, “like many businesses around the country", it had been "faced with decisions which could not have been foreseen during this global pandemic".

"We have had to monitor changing external influences on an almost daily basis" and "have had to adapt our workflows and review our structures during the pandemic, but we still wanted to honour the original job offer", it said.

However, “after several months of monitoring and reviewing the situation, we felt it best to withdraw our offer of employment as there were no indications that things would return to a pre-COVID-19 state".

"We fully understand and regret the disappointment and difficulty this has caused him: it was not a decision we took lightly and we have apologised directly. This is an isolated situation caused by specific issues and certainly not how we usually conduct recruitment.”

Happily, in the last few days Leo managed to secure a new position, which he said was "a much better one than the one at Fletchers".

If you're facing employment hardships during the pandemic which are affecting your wellbeing or mental health, consider contacting LawCare.

Has your firm been a rock, or a hard place? Spill, in the RollOnFriday Firm of the Year 2021 Survey:

We know that our strength is a result of the great people we have as part of our team, we are all in this together.

perhaps they should add;

Except of course if Covid hits and then you’re on your own mate.

Having encountered Fletchers on the other side of a case, I would never choose to work at that firm.

A morally bankrupt firm. Terrible thing to do to someone.  Shameful.  Absolutely shameful.

This guy should take advice because there may be some kind of misrep / estoppel argument here.

Er, except the guy expressly asked you during the pandemic to confirm if his job was still there for him and you said it was.

I've never heard of Fletchers before, but this is shocking behaviour.

Is there a code of conduct issue here? Is it acting honestly and with integrity to string out a junior member of the legal profession in this way? Note Fletchers agree they took "several months" to "review" the situation whilst they held out their intention to honour the original contract.

I would have thought as a matter of good practice they should pay him compensation for the period of time during which they effectively prevented him from finding alternative employment. One week's pay is derisory.

This is disgusting behaviour, they should not have continued the farce for so long. Completely unacceptable.

You can always tell how nice a firm is by how then organisation and it’s lawyers treat its juniors.

Similar thing happened to me. I got offered a job after all these months of uncertainty that was a temporary role which I accepted. A week leading law firm offered me a perm role weeks after an interview. I naturally wrestled with the idea of leaving a role I had just started but a month of work vs a perm role it was no real choice so I proceeded to accept and sign the paperwork. Lockdown two was annocued the Saturday and then I was remiss to give notice without assurance that the job was still on the table. They assured me all good second lockdown was not Hong to affect the post and to please hand in my one weeks notice as the team really needs me to start ASAP. Sure enough gave in my notice and the following day the rescinded the offer of employment. All the same excuses provided but I would point out that the goodwill gesture is not a good will gesture. It's contractually required by them as they have effectively given you one weeks notice as per the contract you've signed.

Perhaps he could have responded to the initial delay of start date by saying, “I can start whenever you like, but you will start paying me on x date, as agreed”...or would that have been too punchy and have got him booted?!

Heff, couldn't agree more with your 9.17,  but if solicitors and firms were held up to their professional standards for their behaviour during recruitment processes then it might be a more slender profession (cue the anti-recruiter pile on).

This is disgusting behaviour and likely illegal. He should take advice and Fletchers should be investigated for a Code violation.

Wow, Fletchers has really outdone itself this time

Should have got in in writing.

In the US he could sue the company for detrimental reliance and other causes of action. Don't you have anything like that in the UK?

He should report them to the SRA.  Definitely.  It sounds like a breach of a number of the Principles. They should have offered him more than a week’s salary.   Shameful.   And i hope their clients see this.

Why wait for so long to bring the news? Fletchers should have offered more than the mandatory one week notice.

Report them to the SRA!

Absolutely love how these firms cannot stop talking about how their staff is the heart of their businesses until push comes to shove - then everyone is on their own.

I agree. If they didn't create the impression that they care about their people, through marketable yet vacuous platitudes such as "we are a people-centric business", then they wouldn't face such criticism. Also, if they didn't waste so much money on the marketeers who come up with these daft phrases and accompanying endless lists of values then they'd be able to keep more of their people.

And firms then wonder why people leave on short notice periods - better that than risk not having a job at all.

Unfortunately other firms have behaved in exactly the same way

This happened to a friend of mine: new job lined up at an international City firm for beginning of April, got the offer in early Jan. Was working at another international firm. Gave notice just before lockdown started. During notice period new firm new role was still there. Last week of notice they said they cancelled the role. Friend went on hand and knees to soon-to-be-former firm who said they had put a hiring freeze on and couldn’t cancel the notice. Again, both international outfits HQ’d in the City.

See, this nonsense happens everywhere, even the good firms! 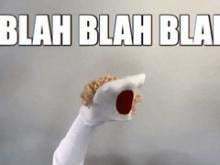 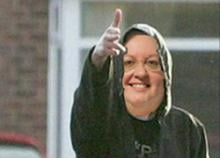