Reed Smith has threatened to withhold pay rises and bonuses from secretaries if they take time off work because of illness.

Under the new rules, secretaries based in London who take time off due to sickness for a day or longer must now attend a formal "return to work" meeting after their third absence, they were informed in an email sent last week.

The secretaries were not told anything about the purpose of the meetings other than that their team leader and Reed Smith's Secretarial Resources Manager would be present.

If secretaries blot their copybook by having the temerity to fall ill three times, each and every subsequent occasion they take sick leave will trigger another "return to work" meeting and a notification to HR.

Ominously, "We may then look to arrange a meeting with HR to discuss how we can support any continued absences", advised the email.

The policy makes no mention of the sick leave counter being reset to zero after each year, indicating that once a secretary is tarred as weak at Reed Smith, they must quite rightly bear that mark of shame for all time, and endure meetings to discuss whether they were really ill until they leave the firm or die of it.

But it was the firm's implicit threat to withhold pay rises and bonuses from secretaries who take sick leave which has most outraged the staff who contacted RollOnFriday,

"You are reminded, [sic] that absences due to sickness are taken into consideration when looking at comp/bonus during the secretarial evaluation process", stated the email. "Obviously, if you are signed off work or have a doctors [sic] certificate these are extenuating circumstances", it added.

An anonymous Reed Smith secretary said, "So pleased that Reed Smith are so concerned with our wellbeing, so much so we have the threat of no payrise or bonus if we take 3 days off".

"We do appreciate all the support and guidance when we are ill, though", they said. 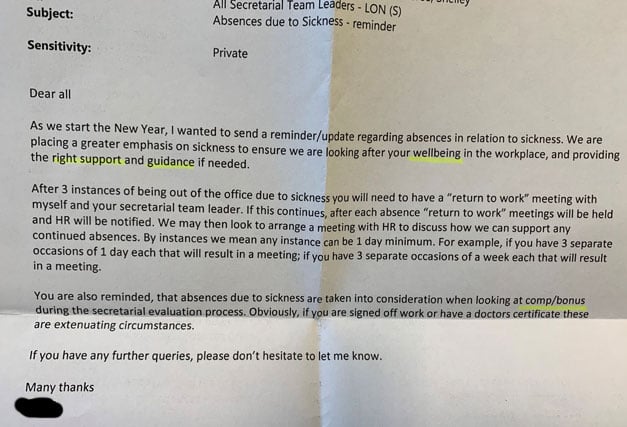 The email is curiously silent on Reed Smith's much-publicised "Wellness Works" initiative, launched in 2018 after the firm signed the American Bar Association's pledge "to address attorney mental health issues". At the time, Sandy Thomas, Reed Smith’s global managing partner, said, "This firm’s most valuable resource is its people, which makes their health and wellbeing critical to our firm, our clients and our success".

The legal profession "is inherently high pressure," recognised Thomas, "and there can be a tendency for personnel in all roles to minimize or ignore their own well-being to focus on the demands of work".

His sentiments appeared to clash with the pressure the new policy applies to secretaries to ignore or hide health concerns if they want to keep their reputation, pay and job.

Reed Smith declined to confirm whether a similarly draconian policy was being applied to lawyers, who last week were notified of big pay rises and substantial bonus deals.

A spokesperson said, “The intention of the email was to remind our secretaries of the support available to them if they are facing frequent periods of sickness. We do agree it could have been worded better and we have contacted the secretarial team to provide clarity around the issue”.

“We treat any incidences of sickness absence sensitively and our priority is always to support our people in returning to full health", said the spokesperson. "On no occasion do we disadvantage an individual who has been absent from work due to illness or injury. To the contrary, we are committed to supporting our people when they are dealing with illness and provide numerous resources to help people navigate those difficult times.”

They said the “return to work" meetings for secretaries "following frequent periods of sickness" were introduced "to ensure that they are getting the support needed to maintain a healthy working life and are aware of the policies we have in place and help available”.

The spokesperson said Wellness Works was available to all staff - who now know that its title should be taken literally.

Nothing unusual in back to work interviews is there?  If the person next to me has every other Friday off why should they receive the same bonuses as me?

Am I missing something here?  Firstly, how great is it that secretaries at Reed Smith actually get bonuses! Secondly, why shouldn't your sickness record (where you don't have a doctors certificate) be taken into account?  The disgruntled secretary who sent the email to RoF should look for a job elsewhere rather than sending emails to RoF.

Only a serial sick taker could take umbrage to this email!  During my many years of service, this firm has been nothing but supportive.  This has been blown completely out of proportion!

Looks like if you're sick at Reed Smith you should ensure that you stretch it out over a week so that you have a sick note and hence extenuating circumstances.

Sounds like this was sent in by a serial skiver who is a little bit miffed!

"could have been worded better" - understatement of the year so far.

Lawyers are appalling managers. If there is a problem with attendance, there are much better ways of managing it than this. Secretaries are not on the mega money of fee earners and many are 1 or 2 pay days away from have real financial difficulties.

Someone clearly decided too many secretaries were taking the piss over sickies.

Dear Disgruntled, why don't you leave; this has obviously hit a nerve!

Reeds haven't just come out of the blue with this. It's obviously been a snowballing problem which they are now dealing with. Some people DO take the mick with sick leave and it's unfair on colleagues.

Do we think this is all for the sake of dealing with one seccy who takes the p*ss.

Does the rule only apply to secretaries?

This is pretty outrageous.  It's basically impossible to get a doctor's note for absences of one day.  Even two.  If it weren't for the private GP cover I enjoy as a fee-earner (do these secretaries get that?  if they do is it available near their homes or only if they struggle into work?) then in general I'd wait four or five days for a GP appointment.  There are many illnesses that merit being off work but are quite rightly not emergencies in the eyes of the NHS.

And hello Reed Smith PR who have clearly mounted an all-out assault on the comments here.  Not doing the firm any favours...

... so better to attend work and share the Corona virus with the other secretaries and the fee earners to ensure nobody gets a bonus?

That policy must have been invented by a real "rocket scientist".

Wow.  Just wow.   If they're not taking sick, they're on their phones, taking pictures of emails that offend them.  Grow up.

Whoever posted this, perhaps the bonus should go to whoever is picking up your slack?   Crack on.

I see no problem with this email.   It is good to see a firm cracking down.  More firms should step up and keep the hard workers motivated.  A business can't run if there is no one there to run it.

Not the subject line ends with "- reminder", so there must have been some emails earlier on this issue. Something is obviously escalating but strangely nothing is said about that.

If any of them are unfortunate enough to get coronavirus, I do hope that they make that extra effort to come in and seek face to face meetings with the HR director and their head of department.

HR do sometimes lay a false trail by writing things like 'Reminder' when there has been nothing prior to be reminded of.

It appears as usual a sledge hammer to crack a nut. There are obviously some that take the mick, but unfortunately like most firms instead of taking those individuals to one side and having a word, they send a firm wide email, which quite rightly upsets the genuine non take the mick staff.

So, like St.Denis, staff have to carry their head under their arm and make their way in. It's just a minor cold.

So during the survey for the Golden Turd, was Reed Smith closer to the top (turdy) or the bottom (not so much)?

Either way, it's not good for them, so this makes them a contender for the 2020 award.

Pretty clear that one or  2 PAs have taken the piss but they can’t say that so everyone suffers.

Or chose not to say, rather than couldn't say.

Reed Smith should do what AnOther firm did a few years ago to their document production unit.

The unit in question were offered 2 years bonus that year if they were prepared to change their contracts and forego their bonuses forever afterwards.  The poor saps were somehow persuaded to agree even though almost all of them stayed for much more than two years afterwards.

If you assume that everything the firm does - particularly the HR department - is always reasonable and justified then you are being very naive.

More than likely that some psychopathic lunatic somewhere in the organisation's hierarchy has decided that s/he wants to give the seccies a scare.

The contempt for secretarial staff demonstrated by a bunch of legal no-marks who spend half their working life on Roll on Friday is contemptible but not surprising.

PA sickies are few and far between at some law firms.  WFH is actively encouraged and well being has improved greatly.

As soon as this was published on here the manager who sent it went round the firm with the operations director  apologising .....

Probably softening them up and preparing for a round of redundancies.

PA sickies are few and far between at some law firms.  WFH is actively encouraged and well being has improved greatly.

Luckily (for me) I'm very rarely unwell anyway, but if I could WFH they would never have to pay me a sick day!

HR like to flex their muscles and justify their existence every now and then.  Finding fault is what they're paid to do.  For some reason current business psychology doesn't like employees to be comfortable.  It's believed that employers can get more from scared employees than from comfortable ones.

I'm not sure they've really thought it through.

If any of them are unfortunate enough to get coronavirus, I do hope that they make that extra effort to come in and seek face to face meetings with the HR director and their head of department.

I'd go a step further and suggest they show their appreciation for their support by giving them a big sloppy smooch.

First, what a sanctimonious, condescending email.

Second, the unnecessary use of the reflexive pronoun automatically marks the writer as a pompous bellend, so I'd hope the email is roundly ignored. 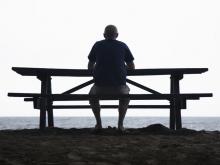 EXCLUSIVE Reed Smith sent the saddest invite of the year 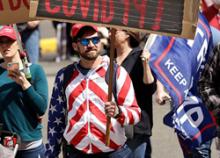 US firms blame virus as they make London redundancies