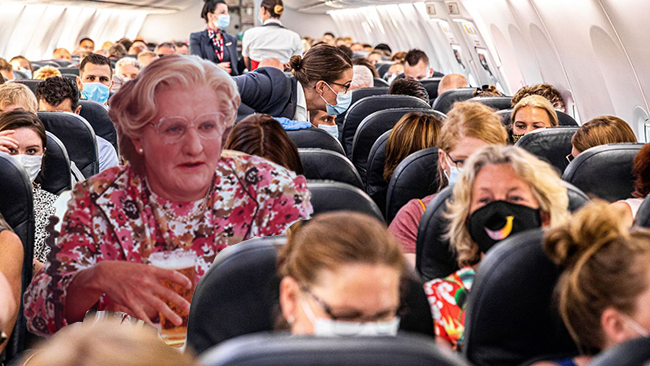 A top barrister was escorted from a British Airways flight by police after rowing with cabin crew when they refused to let his children's nanny join his family in business class, RollOnFriday has learned.

Video of the incident seen by RollOnFriday shows Charles Banner QC arguing with officers before agreeing to leave the plane, which was bound for Turin from Heathrow.

In the footage, the Keating Chambers silk complains "this is unfair" as officers explain that they're discussing the matter with him "very very nicely". Banner, who at 39 was the youngest of his year to be appointed Queen's Counsel in 2019, leaves his seat once the police agree to provide a recording of their conversation.

Banner told RollOnFriday, "It was a very upsetting event for all of the family and the way we were treated was appalling and in contrast to over 15 years of pleasant experiences on BA flights as a regular customer”.

"I was travelling on a family holiday with my two infant children, their mother and the children’s nanny", he explained. "When we arrived at check-in we were kept waiting at the desk for an hour because they could not find seats for us".

"Eventually they gave us boarding passes but did not indicate that the nanny, whom their mother and I needed to look after the children whilst we worked on the flight, had been downgraded to a separate cabin from us. We were only told this at the gate on boarding the plane".

“Rather than apologise, the BA cabin crew were incredibly rude when we asked if the nanny could either sit in the spare seat next to us or at least come and help with the kids", said the QC, who alleged that one of the BA attendants commented, "you wish".

Banner said the crew also "repeatedly refused to offer an explanation for why she could not use the spare seat next to us, and were openly expressing amusement at the situation".

"This was unsurprisingly very upsetting and frustrating for us all, as it would have been for any family in this position. We kept asking for an explanation and the cabin crew kept telling us again and again in response that we would be compensated, repeatedly gaslighting us by ignoring our request for an explanation as to why the spare seat could not be used".

"After this had gone on for considerable time we were completely exasperated by the situation and were understandably cross, as any reasonable people would have been", said Banner.

"In accordance with standard protocol in a situation where passengers leave a plane and return landside, the police escorted our family back through immigration. They made clear that this was just standard protocol and that no offence had been alleged or committed", he said.

Banner is now considering legal action. “We have since been in discussions with BA and have received an apology together with a full refund. Those discussions are ongoing and whether we bring action against them will depend on the outcome", he said.

British Airways said in a statement, “We do not tolerate disruptive behaviour and the safety of our customers and crew is our top priority”.

In response to BA’s statement, Banner said, “There was nothing disruptive about what happened. The cabin crew may not have liked my request for an explanation, or my indicating that I had made a complaint about them, but I was wholly within my rights to do so in light of their unacceptable behaviour”.

Banner said the the decision to refuse to fly everyone else in his party as well “demonstrates with complete clarity that the cabin crew were acting vindictively in response to my having complained about their behaviour”.

Comments are closed for this story, which has been updated to include BA’s statement and Banner’s response to it. 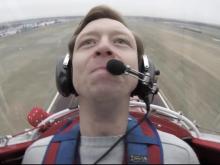