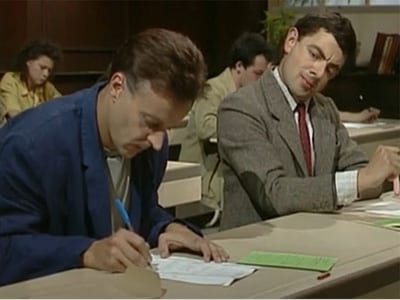 The ethics section is always the hardest.

Kaplan, the exam setter for the upcoming Solicitors Qualifying Examination, was beset by a rash of cheating in its assessment for foreign lawyers qualifying in the UK, RollOnFriday can reveal.

Kaplan is the sole authorised provider of assessments under The Qualified Lawyers Transfer Scheme (QLTS), the gateway exam which costs £3,000 to take and determines whether foreign lawyers can practice as solicitors in England and Wales.

The QLTS is set to be superceded by the SQE in September 2021, which has been designed by Kaplan and will replace all routes to becoming a solicitor.

The expected rollout of Covid vaccines means the SQE should arrive in less chaotic circumstances than those endured by Kaplan in 2020. However, the experience of QLTS candidates has exposed flaws in the integrity of its invigilation process this summer.

In the Objective Structured Clinical Examination (OSCE) portion of the QLTS, Kaplan is tasked with ensuring that foreign lawyers reach an acceptable standard of interviewing, case analysis, advocacy as well as legal drafting, research and writing, across the practice areas of business, property, probate, civil litigation and criminal litigation.

This year Kaplan had scheduled an OSCE in April and another in July, but the pandemic resulted in the April sitting being postponed until August.

A candidate sitting the OSCE in August told RollOnFriday that "just after" their first assessment exercise, they and their peers "decided to talk about the content of the exam", on the basis that half of them were taking it at the same time, and the other half had already taken the version set in July.

However, "unbeknownst to us, the content of the July exam which concluded a week before the August exam was absolutely identical".

Kaplan is understood to treat the integrity of its exams sufficiently seriously that it quarantines candidates taking an exam on the same day at different times, so the duplication of exams a month apart was a surprise to QLTS candidates.

"Given how strict Kaplan is about preventing cheating", said the whistleblower, "we would have never, ever imagined that Kaplan wouldn't bother changing the questions of the exam in July and August."

The candidate told RollOnFriday they faced a quandary. They could tell Kaplan that many of the August candidates were now aware of the content of the assessments, which might result in the whole cohort being disqualified. They could decline to learn more about the content of the upcoming assessments themselves, "jeopardizing my chances" of passing an exam "which I deserved to pass after I had worked so much". Or they could cheat by not leaving a WhatsApp group in which the July candidates divulged the questions they were about to face.

"I decided to choose the 'least bad' solution, not saying anything and just quietly taking the exam with this knowledge of the content", said the candidate.

"I felt absolutely dreadful", they told RollOnFriday. But "whilst we didn't want to cheat, we knew that if we weren't told what the content was by our colleagues, we would be disadvantaged in relation to other candidates who were now likely to have been told the questions in advance by their colleagues, providers or friends".

"I now feel absolutely awful", said the candidate. "I feel that I shouldn't have been able to pass that way", they said, adding that the "exam is just not worth anything, and my trust in the QLTS is particularly low".

Candidates knew Kaplan had spotted something was awry because it emailed them a few months later informing them it was aware cheating had occurred and was investigating.

"However, nothing happened", said the candidate.

A spokesperson for Kaplan told RollOnFriday, "We are fully aware that some candidates attempted to cheat in a QLTS examination and we have taken robust action in response".

The spokesperson said that details of actions taken against individuals "are confidential", but could include "failing the QLTS assessment, being prohibited from sitting again, and being reported to the SRA".

"There was no cause for concern in relation to the results of both the July and the August assessments", said the spokesperson, "which reached the very high statistical quality standards (in terms of reliability and accuracy) expected of high stakes professional licensing exams."

Asked if Kaplan would consider granting an amnesty to guilt-ridden candidates who cheated and were not apprehended, a spokesperson said, "investigations are ongoing and disciplinary matters are dealt with by the SRA".

Hold on I’m confused, didn’t anybody know the content of the exam then? Surely they would have known that when revising on the past papers!

Sat a QLTT (old QLTS) exam around 10 years ago with Kaplan for accounts and ethics. Easiest exam ever. Open book and questions like "you work up North, a client comes from London with a suitcase of cash wanting to do a deal, he then changes his mind the next week and asks for his money back from client account the next week, is there anything suspicious about this?"

I'm confused. How is this cheating?  Its very common for past students to tell others what questions came up and the topic to revise for in case it comes up again. It's up to the examiners to maintain the integrity of the process by changing the questions. Kaplan failed to do so, and that's on them not the students.

Not great for the cohort who sat it in July given they mark on a curve (there will inevitably be some people who failed because the pass mark was pushed up by the second lot).

Anon @ 9:12: Lucky you to have crept in under the box ticking exercise of the QLTT. The QLTS is basically a much harder closed book version of the LPC (without the providers just telling you the answers) that you have to study for while working a full time job. Fine if you have the time to rote learn crap you'll never need to know (probate, conveyancing) but not a walk in the park. Blended pass rate across the two parts averages as something like 35% (and this is people who are already qualified lawyers)!

They are fully aware and took robust actions? What?! Did they fail those who 'suspiciously' did too well? That's so dodgy!

@10:13 - agreed. Was lucky to be one of those BVC grads not good enough for pupillage so did a dodgy fake TC (aka paraweaseling for 2 years across 3 departments) and passed a shit little QLTT exam before being admitted as a Sol. I probably wouldn't bother with the aggravation now and instead become a Filex instead.

Without any undue disrespect I'm not entirely surprised that a statistically significant number of members of the Irish, Luxembourg, and French professions are failing on their first attempt.

All I'm saying is that some jurisdictions are just apparently a bit more enthusiastic about the idea of 'learning on the job' and also simultaneously of 'lifetime learning'. Which, obviously, I am just saying is 'different' and certainly not 'palpably worse' than the approach we tend to take to professional standards here.

Anon @ 9.38: I wondered that too. All I can think is that, because the assessments are spread across the day, the candidates on the WhatsApp group became aware after talking about the first assessment of the day that theirs had been exactly the same as the one in July. That meant that there was a high probability that all the other assessments would be the same too, at which point they were not just discussing past papers but were actively aware that they were probably finding out the content of upcoming papers. Once they knew that, it was technically cheating, though obviously accidental cheating.

They should have informed Kaplan at that point, if for no other reason than that Kaplan were absolutely certain to find out from someone sooner or later and it might as well be sooner.

@ 11:03: Agreed in part (and to some extent the OSCE bit (the practical bit where you interview actors etc) is a massive filtering exercise for people with English as a second language). Anecdotally though I have heard of a lot of Commonwealth lawyers failing because they assume that being an M&A associate at a city firm for a decade means they should boss the multi-choice part. A 5.5 hour exam where you have to answer questions on which covenants attach to land on sale, ability to sub-let, timeframes for court filings etc puts paid to that!

@11.03 states “Without any undue disrespect I'm not entirely surprised that a statistically significant number of members of the Irish, Luxembourg, and French professions are failing on their first attempt.”

At present, Irish solicitors do not sit the QLTS - we waive in, as do English solicitors onto the Irish roll: https://www.lawsociety.ie/News/Media/Press-Releases/Record-numbers-of-UK-solicitors-admitted-in-Ireland-ahead-of-EU-referendum/

Most students are told not to discuss their assessments.

Most examiner providers know not to repeat identical exams right next to each other.

From the details here, it looks like poor conduct all around.

They need to be very clear what the rules are for all online exams in general including open book ones particularly during this pandemic.

Students should be told again and again on clear emails headed Rules for the exams or something exactly what is allowed and not allowed. 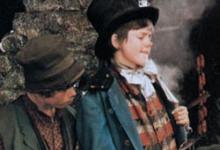