'Coming soon'? We can fix that.

Colin Goldring, a former trainee banned from the legal profession, has been branded "unscrupulous", an "asset stripper" and a "clown" after he and an accomplice were accused of driving Worcester Warriors into administration.

The Digital, Culture, Media and Sport (DCMS) select committee investigation into last autumn's collapse of the Rugby Union Club and Wasps highlighted how Worcester Warriors' "unscrupulous owners mismanaged club finances while attempting to strip the club of its assets".

The parliamentary report observed that "one of the most striking facets of the problems at Worcester Warriors was the lack of due diligence undertaken regarding its owners, particularly Colin Goldring".

Goldring agreed to be banned from working in law last summer following a case brought by the SRA. While he was a trainee between 2016 and 2018 at Justice Solicitors, the 38-year-old allowed an individual identified as a member of a foreign royal family to use his firm's client account as a banking facility in a failed bid to buy three high performance sports cars.

Goldring transferred 8.3million Euros to purchase a Ferrari Aperta, a Ferrari FXX-K and a Bugatti Chiron, but did not conduct proper checks on the transaction or the client, who had not given consent for the transfer.

The future owner of Worcester Warriors was also found to have signed a settlement agreement for another client in which he "falsely and misleadingly" asserted that he was "a relevant independent legal advisor", when he was not.

The then-trainee's CV claimed that he set up his firm's London office, and described his work as "advising on asset acquisitions, structuring purchases, drafting contracts for assets, commodities and share sale and purchase, shareholders agreements, standard terms and conditions, options on land, loan and non circumvention/non disclosure agreements".

Although registered as a trainee, he never qualified, and Goldring was presented to clients as a consultant: a role for which he was paid a salary of £146k.

The SDT found that Goldring "failed to act with moral soundness, rectitude, and steady adherence to an ethical code", and he was ordered to pay £13,000 costs. Justice Solicitors subsequently closed after finding itself unable to obtain insurance.

Although the judgment was handed down while Goldring was in charge of Worcester Warriors, "This was seemingly not enough for the Rugby Football Union (RFU) to intervene and end Mr Goldring's ownership", said the DCMS committee.

The club released a statement at the time saying that "All regulatory bodies expressed to Goldring that they were satisfied he was fit and proper to own and be director of a sports club". Goldring claimed in the same statement that the SRA had "cleared me of any allegations of dishonesty or lack of integrity and did not impose a fine or ban". He didn't find room to explain that he could not be banned directly because he was not a qualified solicitor, so the agreed outcome banned everyone else regulated by the SRA from employing him, paying him, going anywhere near him, or touching him with a nine foot pole, instead.

Witnesses connected with the club who appeared before the DCMS committee accused the former trainee of buying Worcester Warriors with an eye to selling off assets including 50 acres of land around the stadium.

"They always claimed to us, when we spoke to them as MPs, that they did not want to separate parts of the land and they only wanted to sell the assets together", said Robin Walker, the local MP.

"However, multiple different sections of land were mortgaged separately. Some of those mortgages were defaulted on and then properties were reclaimed. That was one of the things, that academy players were effectively made homeless as a result of them defaulting on one of those mortgages".

Bill Sweeney, the CEO of the RFU, was excoriated by committee chair Julian Knight for his supine reaction to Goldring's ban. "Neither of these two clowns is banned from owning a club by you still", said Knight, telling Sweeney, "I do not know why you were taking the word of these people. They are clearly asset strippers".

The report concluded that "the demise during the playing season of two Premiership clubs is a stain on the reputation of the RFU and PRL. It is not indicative of a healthy professional setup".

Pro rugby has wider financial problems but the way this guy treated his own staff was disgusting. At least we won’t be hearing from him again.

I think that that typo was extremely offensive to STDs.

At least we won’t be hearing from him again.

Oh, I think that it's rather likely that we will...

so what is this guys' background then? I assume rich and connected otherwise how else do you bag £146K as a "consultant" for other rich people?

Not exactly going through the Clifford Chance recruitment scheme was he?

He should have played the long game.  Partners approaching £1k an hour is also a bit sus imo but they get away with it. 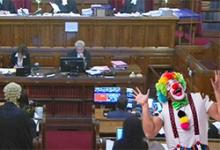 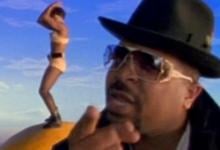 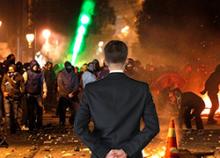