Skip to main content
Ex-Pitmans partner jailed for nicking £2.3m from his firm and HMRC 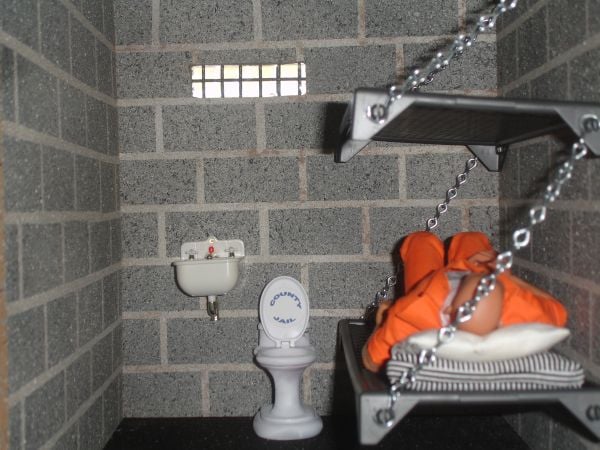 Not quite the corner office he had in mind

An ex-partner at legacy firm Pitmans has been jailed for defrauding the firm and HMRC of £2.3 million.

Andrew Davies, who was head of commercial property at Pitmans, stole money from the firm from 2010 to 2017. His light-fingered approach involved at least 227 improper withdrawals, including paying personal invoices to himself from the business, which he masked by writing abbreviations in the "payable to" field.

Davies also raised invoices, described as "fees", to pay a friend and client, Stephen Allan, which totalled over £1.16 million. Allan would then drip-feed payments to Davies’ personal account, and also kept around £400,000 for himself.

On top of this, Davies also cheated the government by under-declaring stamp duty owed to HMRC, and over-declaring stamp-duty to clients; he pocketed the £1.1m difference for himself, over a period of nine years.

The Solicitors Disciplinary Tribunal struck Davies off in March 2021, but publication of the judgment was withheld until recently, when proceedings against Allan finished.

The court has jailed Davies for four years for his fraud. The former partner said he was sorry for his behaviour and said he had let his family, firm and profession down.

BDB Pitmans’ insurer, QBE, has paid £2.5m to the firm to cover known and unknown losses, with any excess to be returned.

“In this case a solicitor who was trusted to safeguard client funds, abused this position and systematically defrauded his firm of large sums of money for his own benefit," said Detective Constable Katie Taylor of Thames Valley Police’s Economic Crime Unit. “Fraud and money laundering on this scale is serious crime and can have devastating effects on the victims.”

“Close-working between HMRC investigators and Thames Valley Police has brought two criminals to justice," said a spokesman for HMRC. “Andrew Davies abused his position to defraud HMRC of £1.1 million over a nine-year period, money that should have been used to support our vital public services."

Honestly have no idea how these people think they’ll ever get away with shafting money from clients / the firm? Surely any time there’s an in-depth review of the finances of a firm, it all comes out?

How on earth did it take this firm seven years to work out they had lost £2m?  Don’t they have any safeguards in place?

He got away with £2.3m and got a 4 stretch for it.  He should work his way down to a Cat C fairly quickly and, with good behaviour, be out in 2.  2 years bird for £2.3m.  On the assumption he's not going to have to pay it back because either he's spent it on wine, women and song or pretends that he has and has it nicely hidden, is it worth it?

It's not for me as I'm happy being free and it would make a bit of a mess of my life but for some it most certainly is.  I've seen many, many frauds in my life and most of them are never prosecuted as the CPS has more important things to do.

@10:09 - agree he will be categorised as low risk and probably swiftly moved to open prison with job in the library. If he has transferred the money overseas he might disappear and not return.

The Proceeds of Crime Act receiver has a long reach and his/her investigations may go on for years. It's a long story which carries on after the trial ends. He'll be living with this for a decade or so. The people who received any proceeds may also receive a knock on the door.

@10:09 - c. £2m isn’t really all that much money if you think about it, especially given that there’s no way he’s getting a job in anything other than fast food after he gets out. And @11:48 - I can’t imagine it’ll be enough for him to disappear overseas and live on for the rest of his life either (I’m guessing this guy is used to a certain lifestyle).

Really not worth it imo.

Actually that kind of money wisely invested will allow you to live very well in developing countries such as Thailand.

But to be honest these guys don’t do it for that.  If they were on that trail they would simply save hard and retire early.

I’ve read quite carefully the rof roll of honour over the years and this kind of fraudulent behaviour is almost always married / partnered guys with a gambling habit / a mistress or two - and this money allows them to fund these habits without being checked up on by their nearest and dearest.  The mistress gets a place to stay - jewellery - holidays and so on - it’s an expensive business.  As is gambling.

The other category is the sad loser who does it to create some excitement and again spends it on expensive holidays / clothes / sex / drugs / mistress / prostitutes.

it almost never gets saved.

@is it really worth it? 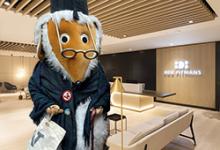