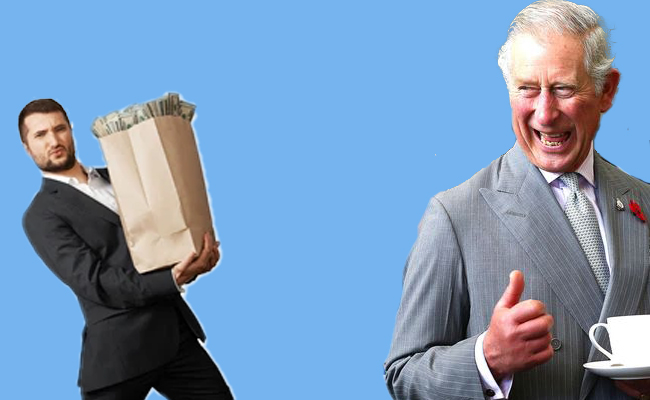 Lighten up, regulators - everyone's at it!

A lawyer who accepted a £2,500 gift from a client while he was a partner at Gateley has been suspended for a year.

The cash was paid into Dean Copley's personal bank account in January 2016 by a father-and-son property development company, identified as 'Company A' in the SDT judgment. Copley didn't tell his firm about the gift.

Copley then used his personal account to email the son, 'GL', in December to ask for another "benefit". Copley said it was recompense for introducing Company A to another property developer. GL replied that he'd discuss the matter with his dad, 'CL'.

CL reacted with "dismay", and in 2018 his solicitors complained about Copley's conduct to Gateley. The firm held a conduct hearing where Peter Davies, a dispute resolution lawyer in the construction team, told Copley that looking at the email, it was "hard to believe" he had been requesting extra money on behalf of the firm, rather than himself:

"Morning [GL],
you will note that this email is being sent from my personal email account, although I will respond on the substantive legal issues on my Gateley email.
D3 will be the third deal that [Company A] has done with the JV partner – [Company B] – that I introduced to you: the other two being [D1] and [D2]. No mention has yet been made of any benefit to me for having created that introduction and to date I have held back from raising it or asking for a “formal” fee arrangement. You will recall that [Person NS], too, was my introduction.
I’m sure that it has only slipped your mind but on the basis that these schemes – particularly [D1] – will be very profitable and “if you don’t ask you don’t get” I would like to bottom this sooner rather than later please. This is how I work with [Person NS] and [Person TB] on deals I have put them into.
I look forward to hearing from you – on this email only please!”

According to Gately's notes of its internal hearing, Copley justified sending the email from his personal account because he was worried about getting an abusive response. He told Davies he had got into "slanging matches" on the phone with CL in the firm's open plan office in Manchester, where CL was so loud that Copley's colleagues could hear CL saying things like, "you know I don’t fucking read reports on title". Copley added that in 32 years as a lawyer the only gift he had received was from Company A, and that "he appreciated that it looked funny but he couldn’t change it".

After that, Gately sacked Copley and referred him to the SRA, which alleged that he had breached multiple principles in its Code of Conduct.

Copley admitted all the allegations, but insisted his actions were innocent. He maintained that he "genuinely believed" he was entitled to accept the gift, telling the SDT "it was a thank you gift which at the time I thought was a nice gesture".

He also contended that he was "unaware" he had a duty to disclose the £2.5k present to the firm, even though Gateley's Bribery and Corruption Code of Conduct specified that "cash gifts are prohibited", and that partners had to keep a written record and seek authorisation for any gifts exceeding £250 in value*.

He also maintained that he had been asking for extra cash on behalf of Gateley, although the SDT concluded that "nothing in this e-mail reads as though the Respondent is seeking to acquire an additional payment for the benefit of his employer".

Copley agreed to a 12 month suspension and to pay the £12,000 in costs incurred by the SRA, which told the tribunal that it did not accept Copley's mitigation that his wrongdoing was limited to a single, isolated error.

In a statement, Gateley said, "As soon as we were alerted to Mr Copley’s conduct back in 2018 we began an internal investigation, following the robust processes we have in place for dealing with disciplinary matters".

"As a result of that internal investigation, we found that Mr Copley was in breach of our bribery and corruption code of conduct and we terminated his contract with immediate effect and reported it to the SRA".

*FYI, under Gateley's Anti-Bribery rules, branded coffee mugs and promotional golf balls are deemed "generally permissible". The £400 bottle of wine which it emerged Company A had given Copley for Christmas, though, was probably not.**

It would be interesting to know how many receives such offers. I have had several offers, usually around  £5,000, but I have never accepted any, but I am happy my clients appreciate the work done. A few sent flowers to my office so it was all in the open, and management said that was within the acceptable.

Why do these characters invariably put forward defences that are so patently and laughably implausible to anyone other than them? Is it tactical or do they truly believe that they have a hope in hell?

You don't take money from the client.

You tell the client what you would spend £5,000 on if you had it in your pocket at that very moment - then you go do that as 'hospitality' with them the next night.

It's why there are so many hookers in London.

He also contended that he was "unaware" he had a duty to disclose the £2.5k present to the firm, even though Gateley's Bribery and Corruption Code of Conduct specified that "cash gifts are prohibited.

Is ignorance an excuse for breaking the rules of the company by an expert in law? 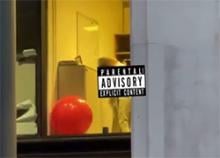 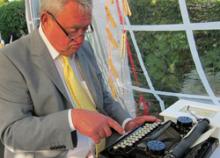