DWF's chief executive Andrew Leaitherland has been booted out by the board after 20 years at the firm.

Leaitherland had been DWF's CEO and managing partner since 2006. Leaitherland grew DWF from a provincial outfit of two offices to a business with 33 offices around the world. It was under his stewardship that the firm floated in March 2019, making it the UK's largest listed law firm. It has come as a surprise to many in the legal market that he was knifed in the back so unceremoniously.

RollOnFriday understands that his departure was effectively a coup d'etat following poorer than expected financial results. Although a worldwide plague will do that to a business...

However any CEO is at risk when their business doesn’t hit its targets for a year. It's one of the reasons that firms are nervous to float, knowing that they will have to battle with the competing demands of keeping shareholders happy and staff well paid and motivated. DWF announced Leaitherland's departure last Friday in a trading statement where it also stated that it had been hit harder by Covid-19 than anticipated. The firm has had to downgrade its revenue and profit expectations considerably for the 2020 financial year.

On the day of the announcement, the market was clear in its disapproval of the board’s decision. The share price plunged around 15% to 66p.

"In responding to the challenges created by COVID-19, the Board believes that strong and experienced leadership is essential," said the firm (not that tactfully) about Leaitherland's departure, announcing that the firm's chairman, Sir Nigel Knowles, would now "provide this leadership". 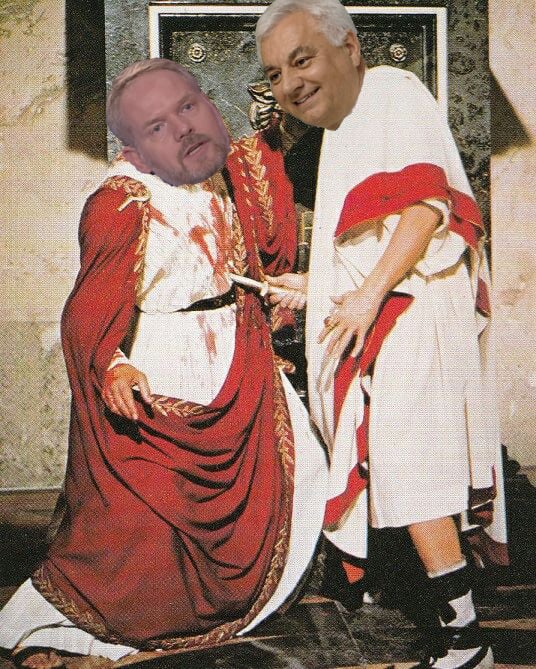 Knowles is well-known in the City and highly experienced. He's an obvious choice for the new role but he will have his work cut out for him. The firm will now have to find a way to reinvent itself outside the shadow of Leaitherland, who moulded DWF very much in his own image. Clearly a number of staff who bought into his vision will not be happy.

Knowles was one of the main architects behind DLA Piper's growth. However, the legal landscape has changed since he has been at the helm. He retired from DLA in 2016 before joining DWF as chairman the following year. He said he was "honoured" to be asked to lead the company as CEO, and that "Andrew helped build a great business for which we are very grateful and we wish him the very best."

Leaitherland said: "it has been a privilege to be group CEO of DWF for nearly 14 years and I am incredibly proud of the progress we have made in that time." He added "I wish Sir Nigel every success in taking the business forward."

you haven't mentioned that they now plan to cut staff?

I wouldn’t buy shares in them or any law firm for that matter. I know how easy it is for people to move with their clients so where’s the value?  Not in the name that’s for sure.

The Manchester clique and the pocket of London brown nosers must surely be panicking they can no longer build their career by spending all day on Twitter and Yammer harping on about DWF values and the foundation.

What DWF had also done wrong is fail to furlough staff by the hundreds in their insurance division. Too many DWF lawyers are now sat at home recording time on fixed fee files to maintain the illusion of being busy to protect their own position in these tough times. That is not going to end well. On a personal note, I liked Andrew but he was never a leader for tough times. He is a  great builder of firms when value can be extracted by buying WIP cheap through Pre-packs, but this is a whole new world and the share price is everything.

Is the issue with being listed that your dirty laundry gets washed in public and lots of information re: financials which would otherwise be private is made public?

Is it the case that other firms with similar problems can slide under the radar unnoticed by clients?

We can't furlough staff and then pay dividends to shareholders. It's uncertain where they go with this. Sat at home doing FF garbage and trying to maintain 7hrs a day can't last.  There will a ton of written off time.

Yep. Fee earners are logging time on files to appear busy but making sure it's less than £500 above the WIP write off rate to ensure it only goes to the line manager level rather than escalated to practice group partner. But if you realised the firm only cares about their overall revenue figure and not internal WIP, those at the top remain indifferent to it.

Understand AL has gone as he didn't want to cut salaries and staff as deeply as the rest of the board. Sad times ahead for many at DWF I fear.

Your source is wrong.

So is it being suggested that time is being recorded which is not genuine and which will form part of a PLC’s half year and end of year figures.  Do you realise the consequences of that if it is true?
I would be very careful about banding things like that around.

This is not the normal "time on the clock" for WIP reporting situation and tax accounting. Data can be extrapolated for accounting purposes that distinguishes an hourly rate file from a capped/fixed fee file. This helps to provide accurate figures for financial reporting. This is different to the internal WIP calculator.

As a DWF insurance lawyer, I have been flat out busy since CoViD and recorded over 184 hours in May.  Not bad given two bank holidays. None of it was fixed fee time.  I also review bills and I am not seeing fake time.  I am not an exception.

No, working from home isn't perfect and of course people will worry, just like people are worrying in other larger firms.  Our advantage and disadvantage is that we have to wash our dirty linen in public unlike non listed firms.  But this means that there is a lot more transparency around our results.

Given the amount of factual information about DWF it is depressing how the press tend to focus on the negative.  We had measurable organic growth in Insurance last year despite CoViD.  It's disclosed in our RNS announcement.  Somehow the press spun this as a bad news story.

We'll miss Andrew and wish him well, but somethings things need to change.

184 chargeable hours in May. I’d expect Yankee dollar to have to work that bloody hard. Work life balance is clearly not a DWF priority!!!  (You are clearly very tired judging by your typos.)

DWTF - congrats on the mental hours. Can you not pass some of that work to your colleagues?

If you read DWF’s comments, they’ve Said they’ve performed much worse than anticipated. So you must be an exception.

DWTF - no hours recorded for 5 star futures or for the foundation mentioned in your post. No bonus for you!

"the market was clear in its disaproval of the board's decision" or the market saw a company with decliing revenues, and soaring debt and decided that was not a recipe for happy shareholders.

Covid-19 is only accelerating the digital takeover. DWF should be able to whether the storm having better access to capital and liquidity then other firms.  Rich pickings ahead?.

This spells the end of DWF as we know it. I guarantee NK will split off the 2 halves. Insurance cannot survive long term in a serious corporate firm. Seriously. NK knows this. Once GJ goes the power will leave from insurance the corporate boys will have them out. DWF simply can’t have insurance teams in corporate offices (££££s) and can’t have kids working at home unsupervised on fixed fee files. Insurance needs lower overheads to keep up with better performing rivals who, quite simply, make more money due to having better cut cloth.

Agree totally with In The Know. Other firms do perform better BUT the salaries at DWF are far higher. Being boss of a small division like costs or fraud in DWF means you earn more than Senior Equity Partners in other insurance firms. Very few of them in other rival insurance firms will make over £200k but at DWF that’s a starting point not a top end for such managers. Whether or not this will change as we fight to maintain shareholder value remains to be seen. We can certainly lose some managers and not lose fees as loads of them don’t earn fees, they just manage!!!

Covid is a good opportunity to implement new technology which would of caused job losses anyway, every industry will see consolidation as they go towards automation.

Read over the expertise/history of the DWF board members to see the direction it is heading.

Would they be able to get into higher end corporate work anyway? It's more lucrative but more competition surely? Plus less of it due to covid?

DWF will never get away from its defendant insurer reputation unless it sells it off and then uses the money to expand into other areas.  The model they have at the moment is not focused and is a mess.

Sorting it out will be hard work but unless there is a complete overhaul it’s difficult to see how else the firm can survive.

Agree that many expected them to furlough a lot of staff during Covid-19. Especially

DWF will be fine because they have access to capital.  Unlike unlisted law firms, which are all very thinly capitalised and totally reliant on the partners to pony up.  I’d far rather be an equity partner in DWF at the moment than any other unlisted mid-market firm which is now capitalising undrawn profits and asking partners to borrow more partner capital to prop up the balance sheet.  And they still won’t have the cash to pay partner tax at the end of January!

If he is doing 184 hrs he represents what is wrong with Def insurance work at these firms. Sole individuals stock piling cases and sod the rest of the team.  Self interest first and last. Completely unhealthy and breeds contempt amongst peers.  It won't change but will get worse especially after CV19. Get out now. Life is so much better away from these toxic work structures.

More importantly, he claims it is hourly rate work so I'm more interested in being a fly on the wall of his client's office when they receive their invoices and time sheets!!

Someone getting abuse for doing 184 hours in a month wow. Fair play to the guy. Those commenting must not have been able to hack it at a big boy firm and are plodding along inhouse regretting their decision. Or Clamant lawyers getting portal fees. Grow up

I can think of a couple of firms that would do well to have a coup and oust the MPs/senior management who run such firms (badly) as personal fiefdoms. Sadly the partners at these firms have got no balls to stand up to these muppets so the carnival continues.

Also those callous firms who make up salaried partners to equity partners (without justifiable business cases) just to capture a few more ££££ in capital (Borrowed by the partners and a personal liability on them) so that the firm doesn’t have to increase the firm’s borrowing. Disgraceful.

Dave - nobody is jealous. Stop projecting.

So do we now see Tony Angel coming in with the Axe? 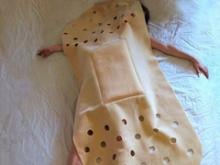 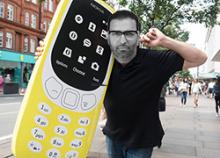