A probate solicitor has been struck off for scamming vulnerable, elderly clients to the tune of £400,000.

Jonathan Horner was a director at Sussex Law in Brighton specialising in probate law. Between 2011 and 2016 Horner worked diligently on his client relationships. So diligently, he managed to persuade ten elderly clients to name him as a beneficiary in their wills.

Horner neglected to tell five of them that they needed to seek independent legal advice before naming him in their wills, according to the SRA's barrister. Horner's former secretary provided the 'independent' advice to three of the others, despite not having the relevant qualifications. The remaining two clients were provided with independent advice, but retrospectively.

Horner's unintentionally generous clients included a pensioner with dementia who left him £100,000. She said Horner told her his children were disabled, which was not the case. In another matter, a frail woman who lived in a care home gave Horner her entire estate.

In 2017, Horner's co-director Jane Cole became suspicious and reported him to the SRA. At the Solicitors Disciplinary Tribunal hearing, Cole said that when she launched the internal inquiry, Horner tried to bribe her by offering her his share of the business if she agreed to drop the investigation.

Horner denied the allegations. His barrister argued that probate lawyers were often under pressure to execute a will quickly especially when the money is rolling into their account. He also said Horner's clients had not complained as that's the beauty of dementia. 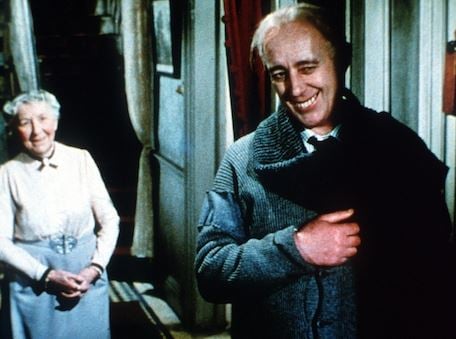 "I have your best interests, in my mind."

Horner's "deliberate" and "calculated" conduct showed a “complete failure in his moral compass”, ruled the tribunal, which struck him from the roll and ordered that he pay £56,000 in costs.

Sussex Law said the firm had reported the matter to the SRA and all affected clients were given an opportunity "to independently review and, where necessary, amend their wills." The statement added that Horner took no further part in the firm when the investigation started and resigned as a director of the firm in June 2017.

Despite the huge sums swindled by its former director, Sussex Law insisted that it "continues to have a true commitment to protect the elderly and vulnerable" which was "paramount and underpins our profession and the ethic of Sussex Law.” Except that one time. And those other nine times.

(Have you actually seen The Ladykillers, ROF?)

This guy is a c**t, who richly deserves being struck off.

Disgrace of a man, even to have the gall to contest it. Profession is well rid.

" He also said Horner's clients had not complained". Bit difficult if they're dead.

He used to be at A R Brown in Worthing. His secretary SC in all of the articles or should we refer to her as his accomplice is back at working A R Brown? Incredible.

What are the police doing about Horner? or indeed his accomplice? Hopefully they are going to prosecute him/them.

An absolute danger to the elderly. The worst of all is if you read up on elder abuse they say if you are suspicious then bring in a solicitor! That is the level of trust placed in a solicitor. Unfortunately in our times this trust seems to be miss-placed.

Looking at the thumbs down to the comments there must be some Horner family and friends out there. Who on earth else would give the thumbs down. The numbers are the same too. Just shows what a scum family he is from and what scum friend he has. Truly disgusting all of them.

Very good question. What are the police doing? 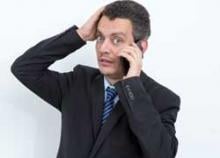