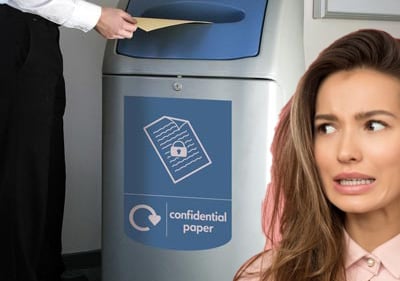 A junior solicitor has been spared dismissal from the profession for acting dishonestly after it was decided that her mental ill-health represented an exceptional circumstance which warranted a suspension instead of a strike-off.

Susan Orton, who worked at BPE Solicitors in Cheltenham, removed two copies of a hearing notification from a file in 2018 after she realised she had missed it. A secretary spotted the 2PQE solicitor feeding them into the office's locked confidential waste bins.

Orton told the Solicitors Disciplinary Tribunal that she "filed" the documents in the bin in a moment of "sheer panic" after experiencing a "brain fade", reported the Law Gazette.

"I needed to get [the mistake] out of my sight as I thought the panic would go down. I filed it in the bin but the panic didn’t go", she said.

The tribunal heard that Orton had suffered panic attacks since childhood and was diagnosed with a mental health condition after the incident.

The Solicitors Disciplinary Tribunal cleared Orton of dishonesty over her initial "trivial mistake", but found that she acted dishonestly when she denied having seen the hearing notification in an email to the Employment Tribunal and in a meeting with her managers.

In mitigation for Orton, Geoffrey Williams QC said that because of the proceedings, Orton had been unable to secure an interview despite applying for 53 jobs, and had in the meantime been volunteering for the Citizen’s Advice Bureau and two other charities.

A dishonesty offence would usually result in a solicitor being struck off, but the SDT ruled instead that Orton would be suspended for two and a half years, knocked down to six months based on the time she had already spent out of work. Her practising certificate will be subject to conditions and she was also ordered to pay £20,000 in costs.

Controversy has surrounded recent cases brought against young lawyers, and the decision not to strike off Orton was welcomed by the JLD.

It said the SRA and SDT had too often “failed to give sufficient recognition to the substantial impact of mental health issues on professionals", and hoped the SRA “takes note of the Orton outcome” when considering whether to pursue similar prosecutions in the future.

A 2019 survey of wellbeing conducted by the JLD found that mental ill-health was "rife at the junior end of the legal profession", with 48% of the 1,803 respondents saying they had experienced mental ill-health in the previous month, a proportion which was "significantly higher than the general population".

If you're a lawyer struggling with an error you've made, please consider contacting LawCare for mental health support.

If you're going to apply the rules, do it consistently. Her mental illness, while unfortunate, renders her unfit to be a solicitor by virtue of apparently making her act dishonestly.

The SDT could have shown leniency by waiving legal fees in cases of proven mental illness, but it should not be avoiding striking lawyers off for that reason.

Gobblepig - evidently commenting with undue confidence from a position of never having had a serious mental health problem. Do you not recognise a disability when you read about one? The whole legal profession is a disgrace when it comes to mental health problems and accommodating neurodiversity. To me, saying that certain people can't have a career because the current environment in that profession doesn't accommodate their illness is as insensitive as saying black people shouldn't expect certain jobs because it's a white world. Just because you fit in with the majority, doesn't mean the minority are worthless. Classic lack of empathy from legal professionals again.

Jessica, I'm afraid you've drawn a false distinction there. To claim that those two scenarios overlap in any way is simply wrong. I have bipolar disorder. With medication, I can perform my duties. According to your theory, I should also be able to be an astronaut with my condition. Or course I shouldn't. It's all relative. Nothing to do with black people (unless a black person happens to have a mental disorder that they aren't able to control). Don't get me wrong, I don't blame this young lady for what she did - but for her to carry on in this field would be the highest form of self-sabotage.

@jessica. Those heartless, unsympathetic bastards at the CAA won't let me be a commercial pilot in case my type I diabetes causes me to black out at the yoke. Classic medical insensitivity by those elitist pencil-necks.

Grow up. Law is not the only career, and if this lady's condition causes her to shred incriminating documents and deceive people then she is manifestly not suited to being a lawyer.

"Neurodiversity"? Shove off. You are trivialising mental illness. It needs proper diagnosis and treatment, not virtue-signalling.

Jessica, a legal career is hard to get into, hard to stay in and pays spectacularly well. Why? Because it’s a career that carries a burden of responsibility unmatched by most other jobs. I said most, we can all create lists of more worthwhile jobs.

Would you want to be represented by a solicitor who, whilst excessively busy, was susceptible forgetfulness? Perhaps. Would your answer differ if the sanction you faced on being found guilty was life imprisonment?

You’ve exhibited a juvenile and bigoted view of a profession whose role you’ve demonstrably failed to understand. You are the epitome of entitlement without obligation. Your astonishing lack of awareness of the purpose of the profession is horrifying.

You immediately expressed disdain and contempt for others who disagreed with you. You even attempted to defend the indefensible by intimating that flagrant dishonesty caused by sheer panic was deserving of more understanding than the plight of the employee who had engaged the solicitor presumably because they’d lost their own job.

The primary failure here is with the solicitor’s manager(s). They failed to manage her. They failed her clients and they failed the court and the profession. They should be struck off. If anyone thinks that’s harsh, just watch how the profession would improve if partners were really held responsible for their staff.

The secondary failure is with the solicitor herself. She was too proud and too brittle to admit her mistake. She did so to protect herself without regard to her client. People who think like that should not be in the profession.

Lawyers who put clients first have long, rewarding and remunerative careers. Lawyers who put themselves and money first will be richer sooner whilst keeping the other half of the profession in employment because everyone hates twottish lawyers.

There is however nothing that clients, courts, other lawyers or the public like less than professional incompetence, and professionals lying.

Jessica, here’s a tip for you: no one instructs a struggler. Everyone is struggling, it’s a given. It’s not a badge of pride and it’s certainly not an excuse for letting someone else down.

Precisely. I have had to constantly evaluate my suitability for this profession - not only for my sake, but also for my employer's sake. The very last thing that this situation demands is virtue-signalling. Empty platitudes and nonsense phrases such as "neurodiversity" won't help this young lady. What would help this young lady is for somebody to sit her down and say: "Look, you're clearly smart. You will find a way to add value in this world. But the law isn't for you." Indeed, this entire mess could have been avoided if somebody, literally anybody, could have summoned the courage to have had this conversation with her years ago. Alas, in the age of dishonesty, where we all willingly collude in the illusion that anybody can do anything they want, myriad intelligent yet fragile young people are paying the price.

My mental health has taken a real kicking over the past few months (in fairness, mostly because I don't get to see the lads and rip the piss out of the world in our alcoholic safe spaces around town).

But it's not an excuse. If I mess up, I put my hand up and take that (now metaphorical) long walk to the partner's office and we tell the compliance officer. From that point on, it's the firm's problem. It's not fun, but it's 100% part of being in the law (from the bottom to the top) to get things wrong and make mistakes. Never cover it up - the guilt and fear will hammer your mental health, even if you don't get found out.

Prevention is better than cure and sadly the legal profession (and perhaps more so its clients) are still working out the former.  The truth is we lawyers are generally a neurotic bunch to varying degrees, and add a high stress environment to perform, sometimes things come unstuck.  It doesn’t excuse the behaviour but let’s just acknowledge the challenge and keep learning, maintaining perspective.

Mental health is the new fashionable catch all excuse. In the past year I have been told by various people (usually women) that they have PTSD from the most minor single-event incidents. 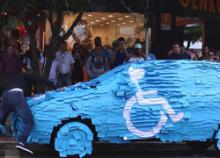 Lawyer suspended for dishonest use of disabled parking badge 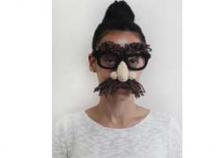 Solicitor who forged signatures as a trainee vows to appeal ban