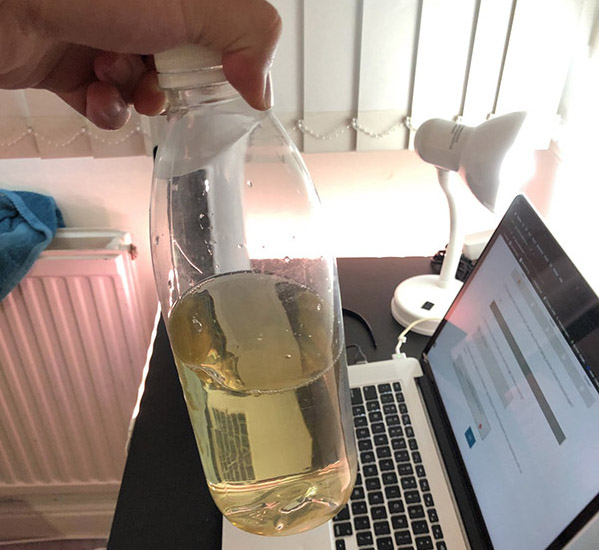 An independent review of the chaotic bar exams last summer has found considerable fault with Pearson VUE, which delivered the online framework for the exams, and the Bar Standards Board, which hired the company.

The BSB stepped in when Covid prevented legal education providers from running the exams as usual, and it contracted with Pearson VUE to provide computer-based testing.

As RollOnFriday reported in August, a ban on students leaving their computers during the three hour exams resulted in one candidate weeing in a bucket to avoid disqualification.

Only 75% of the exams were completed thanks to the glitchy tech, and many more candidates encountered issues. Over 200 students raised complaints with the two independent reviewers, Professor Rebecca Huxley-Binns and Dr Sarabajaya Kumar.

Their report concluded that the BSB was correct to take over the exams and, given the time pressure created by the pandemic, to skip the tender process and hire Pearson VUE. But the contract was rushed, and it was unclear who held responsibility when things went awry.

Confusion over who should cater for disabled candidates meant blind users endured weeks of uncertainty and were forced to make repeated interventions until a solution was found days before their exam, and only after they involved charities which raised concerns.

“It took us months and we were told never to contact the BSB", said one severely sight-impaired student. "However, when external bodies contact them, they’re suddenly back in contact with us".

“I was only able to sit the Civil exam earlier in the week by using my wife's phone to take the log-in pictures of the room, my ID, etc. I have an older model phone, and the ProctorCam program does not work on my phone. My wife works full time and is not at home today so I cannot use her phone. Today I attempted to sit the Criminal exam and use my webcam to take the pictures of the room, my ID, etc. The page would not load, it crashed several times. I called Pearson to resolve the issues, but they left me on hold for 30 minutes, at which point I rescheduled my exam for later today (as I believe you can't reschedule after the start time). I finally got through to a person at Pearson after having my call terminated twice. The man on the phone promptly told me that his computer had crashed, put me on hold, then hung up. I don't know how I can possibly sit this exam today. I am about to go and vomit or cry I am not sure which. I can't afford a new phone just to sit these exams, I have already updated my laptop (as between the Ethics and Civil exam they removed Windows 7 from the list of approved systems without telling anyone!), and I can't keep using my wife's phone as she has a life…”

The review also addressed the dystopian experience of students banned from taking bathroom breaks and forced to maintain eye contact with their computer monitor for the duration of their exam to prove they weren't cheating to the proctors invigilating via webcam.

The Director General of the BSB defended the exams' urinary leash by telling Huxley-Binns and Kumar that, "It’s not unusual in many aspects of professional and personal life to have to manage three hours without a break".

But he also apologised, and conceded that "avoiding the pressure and indignity that resulted [students pissing on their bedroom floors] would have been worth the extra administration and cost".

If the BSB was criticised for its role in the fiasco, Pearson VUE was politely clobbered for its conduct.

The company was "unable to manage" the telephone exam booking system for students requiring reasonable adjustments "and the system collapsed on the very day it opened", found the review, all caused by "insufficient resources at Pearson VUE".

The company provided "inconsistent responses" to the review about the technical difficulties experienced by candidates using its platform. The head of IT at Grays Inn witnessed first-hand how its students were unable to take the online exam, despite its computer systems meeting all the technical requirements. "We are firmly of the view that the technical failure was with the online platform itself”, it said.

“It took 75 minutes for Pearson VUE to 'launch' my exam from when I had submitted all the check-in details/photographs. This meant that, from starting the check-in process to completing the exam, it was a period of 4.5 hours during which I could not move and had to stare at the screen – totally unacceptable! After about 30 minutes of waiting, I tried to contact Pearson VUE using the online chat feature, but just repeatedly received a message saying 'A chat agent will be with you shortly. Your expected wait time is 0 minutes'. Needless to say, they never actually arrived...”

0 stars, would not recommend.

The BSB was unable to extract sensible statistics from Pearson VUE about the numbers of glitched exams. Neither was the review, which complained that "some of the data supplied to this Review by Pearson VUE were impenetrable without a narrative, which was not always provided".

Pearson VUE's "utterly baffling" response to an "apparently simple question" from the BSB illustrated the issue.

Asked "of the 828 people due to complete exams on Tuesday and Wednesday how many actually did so?”, Pearson Vue responded with gibberish:

“The exams scheduled to be taken on Tuesday and Wednesday = 830 - 23 candidates (all OP) our records are showing without a result being received so 807 exams were taken, the 23 affected exams happened during yesterday. The 98 cases raised so far relates to OP & test centre deliveries and this number will increase and decrease as the events continue - should these case figures be used to calculate the stat's for delivered exams or success rates, as some of these cases can be for informational purposes, its the 23 candidates that couldn't start or complete their exams that require investigation.”

In the immediate aftermath of the exams, the BSB relayed Pearson VUE's assertion that 89% of the exams were delivered without any reported incident and 97% of exams were successfully completed. The statement "caused much anger within the student community", which had a very different view of the scale of the problem.

The BSB now agrees with the students. "We do not think these statistics can be relied upon", it said, citing "the hundreds of emails from students unable to sit their exams".

Pearson VUE, however, appeared unrepentant. It "has not, throughout our meetings with them, acknowledged the volume of problems that have been reported to us", said the review, and had "not understood the scale of the problems encountered by candidates".

Even when the online exam lagged as a Pearson VUE representative demonstrated the system to Huxley-Binns and Kumar, "the inference was that it was because of her internet quality", said the review, and not because Pearson VUE's craptastic platform was struggling.

Gray's Inn is one of the Inns of Court, not a 'set'

Pearson VUE, keen to blame everyone but its shoite systems, looks admiringly at the Post Office's approach to Horizon.

Benny really picking up on the points that matter there...

You just know that he's the "Big Picture" guy on his deals.

Pearson Vue seem to be doing their best to stop any student across the board sitting their exams successfully. I mean its not like our students contracts of employment are linked to them passing ...... oh wait!

Also if I have one more upbeat conversation with a professional body trying to make out the pearson vue exam platform is brilliant, "of course there hasn't been a problem, of course it hasn't impacted pass rates, in fact its made it easier to pass, who doesn't like a disembodied voice asking to see your ear lobes mid way through an exam" I am going to scream! 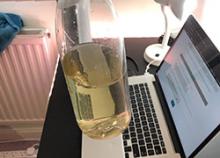 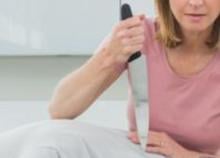