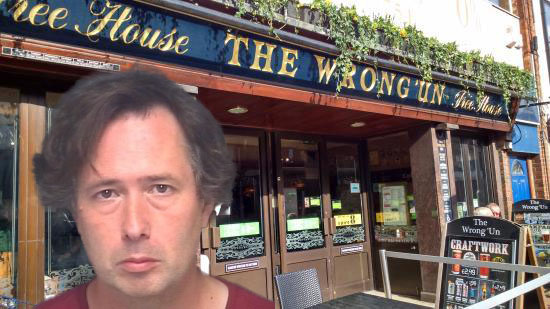 A barrister who was imprisoned for child sex offences has now been disbarred from the profession.

Guy Sims, 54, was convicted of three counts of arranging and/or facilitating the commission of a child sex offence, contrary to the Sexual Offences Act 2003, and was sentenced to three and half years in prison last year.

The Bar Tribunals & Adjudication Service ordered this week that Sims be disbarred, following two charges of professional misconduct brought by the Bar Standards Board. The tribunal found that Sims behaved in a way which would be seen by the public to undermine his honesty and integrity .

Sims who was a civil barrister called in 2000, used teenage apps and posed as an 18-year-old to chat online to two people who he believed were 13-year-old school girls. However, they were fake accounts set up by officers of the South East Regional Organised Crime Unit (SEROCU).

Sims arranged to meet one of the 'girls' in September 2017. He travelled from Cambridge to Portsmouth with the "intention of engaging in sexual activity" with the girl, said SEROCU.

Police arrested the barrister when he arrived and discovered that he had condoms and cider in his car, as well as camouflage leaf netting. Sims told the officers that he had found the booze on the street, and claimed the netting was for his daughter's woodcraft youth club, not because he wanted to take the girl to the woods. He had also arranged to meet another of the teenage girls that day, according to a report in the Oxford Mail.

Sims was released under investigation, but had a sexual conversation online with another person who he believed to be a 13-year-old girl, and arranged a meeting in Oxford. Sims claimed that his reason for doing this was to see if the police were on the internet hunting potential paedophiles.

“He repeatedly engaged with the profiles of those he believed to be teenage girls online, and the threat he posed would have continued had it not been for the continued and dedicated efforts of those working for SEROCU,” said Detective Chief Inspector Philip Attwood of SEROCU at the time of his imprisonment.

A spokesman for the Bar Standards Board told RollOnFriday: "We consider the Tribunal's decision to order the disbarment of Mr Sims was appropriate in the circumstances. A criminal conviction for child sex offences is clearly incompatible with the high standards expected of the Bar."

The tribunal’s decision is open to appeal.

It's been a while since we heard from Question Man, hasn't it?

@[email protected] - dubious allegations are rightly questioned. Why do you think there should be questions about these convictions?

@4th @12.47 - I don't know, you tell us why do you think there should be questions about the convictions?