Partners at Addleshaw Goddard have been accused of Scrooge-like behaviour after they sent underlings a bill for Christmas drinks.

The Leeds construction litigation team was treated to a slap-up lunch at the luxurious Dakota Deluxe Hotel in the city last week. Everyone, including PAs and trainees, pre-paid for their meals. But a source told RollOnFriday that junior lawyers were given the impression the booze would be laid on by the partners "to celebrate the team having yet another amazing financial half year and to mark the Christmas festivities".

Unfortunately they appear to have been labouring (drinking) under a misapprehension. Because a week later all the lawyers received an email asking for £50 each, to clear a £600 drinks bill. "I know Yorkshire men have a reputation for being tightfisted", said a source, "but this takes the biscuit". They said that "at least our meal was covered last year", and pointed out that two of the three partners were equity. 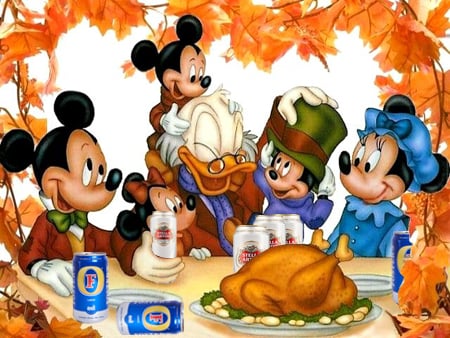 The three partners paid for their own drinks and those of their PAs, chipping in £100 apiece. A spokesman for Addleshaw Goddard suggested the firm isn't that tight overall, citing a local office Christmas party a week earlier at which staff got some drinks vouchers and food was free. He also said one of the three partners didn't even attend the meal, but paid in anyway.

He said the total bill for food and drink represented an "admirable portion of Christmas cheer", adding that "there is a full programme of subsidised events at the firm", and that "it's not unusual for lawyers to chip in for other socials where partners readily over-feed the kitty so there is a low or no outlay for PAs in particular".

Absolutely shocking!  Does anyone actually like going to these events anyway?  Imagine what the lawyers thought when they received the bill: "I had to sit and fake interest in series of boring stories whilst the partners got high on the smell of their own farts.  I didn't want to go but it would have obviously harmed my career prospects.  To receive a bill after the event from the tight as drum partners was as shocking as the boner I once had at 7am after taking someone home from Warehouse Project".

sounds awful - imagine being a PA there, invited to a nice meal which you have to buy yourself and then probably sipping at a glass of expensive wine hoping that at some point a partner will let you know that he’s decided to treat you and will pay.

1. It treats PAs like children and not part of a team

2. Just imagine the cringeworthy dividing up of the bill at the end!

I think this is an isolated incident.  I know of other teams at Addleshaws where the Partners pay for their team Christmas parties - meal and drinks.

"Amazing financial half year" - either this should be taken with a pinch of salt (revenue up but profits flat so no money for party) or partners are incredibly tight and can't see that spending a bit to boost morale is usually a worthwhile investment. Sad...

That is just amazingly cheap. How tight do you have to be to be a partner and invoice your trainees for the drinks bill!?

How is anyone surprised? It’s Addleshaws Leeds after all

Stuff like this is quite normal at the Bar. Functions would be arranged by senior members of chambers or the "committee" and all juniors would have to foot an equal portion of the bill no matter whether they attended events or not as it would be classed as Chambers marketing..

The bar are all individuals so your comparing apples and oranges duh...

This wasn't Addleshaws entertaining others though.  This was a department meal.  If six barristers from the same set go out for dinner together, they can't expect chambers to foot the bill.

Senior members of chambers don't take an annual cut of the profits from the work of junior tenants in the way equity partners do.

How awkward - looks like someone (presumably a partner) picked up the £600 bill at the end of the night. And then sent an email to the entire department later to ask for contribution to the bill. Poor PR, cringeworthy for everyone concerned and ruins team spirit just before Christmas break.

@Dearie - I thought the PAs didn't have to pay?

I worked there and it happens in other departments, and in Manchester too.  It is embarrassing given the wedge the equity partners and other trouser.  Their pr statement shows they think they are generous by just funding an office party which is invariably awful.

I briefly considered becoming a 'fixed-share' Partner in a predominantly Birmingham based firm of Solicitors (which despite a GBP £eight figure turnover - has gone bust / had to be rescued twice (x2) - since that time).

One of the reasons I ultimately declined NOT to join this firm - was an invitation to their 'Departmental Christmas Dinner' - in which the Head of their relevant Department made a big deal in front of the junior team members / support staff of brandishing his silvery looking AMEX and paying for the meal/drinks.

I arrived in my office the following morning (I emphasise - prior to joining this firm) to find my first email was an elaborate spreadsheet detailing 'my' share of the previous evening's bill for a rubbish overpriced meal amongst 'poor quality' company.

I subsequently discovered that a staff member in the relevant firm's I.T. team had been charged (for several days) with preparing the spreadsheet template (and ordered to come in over-night to make the data entries); and the relevant Partner's aim was to earn cash back on his credit card!

Shame on you, Richard - you sad, sad little man!

The line "Everyone, including PAs and trainees, pre-paid for their meals." so they all shelled out for dindins. Presumably a partner picked up the drinks tab as someone above suggested, but his expenses claim was rejected for the reason of "We can't be payin' for the like o' that or everyone up t'mill will want a drink. We're northern don't ye know lad? "

Pathetic and just goes to show the attitude of “I’m alright jack pull the ladder up” selfishness that exists in many firms.

To save a few hundred pounds which these partners can afford, they have damaged trust and morale and are now a laughing stock.

When will partners like these learn management and leadership  skills?

Not surprised by this. Trainees attend a team building exercise in Europe before starting. The week away is billed as a charitable event where trainees help to build accommodation for one of the firm’s charity. Trainees are expected to fund the trip. Fine if you’ve access to the bank of mum and dad, not so if you haven’t. No one is made to attend but people are encouraged to go.

I just don't see the point in this sort of meanness.  No imaginable team Christmas lunch - no matter how Bacchanalian - could possibly put any kind of dent in the profits of a decent commercial litigation team, so who honestly gives a ****?

What pretty much everyone else said.  Not really a big deal but there is no way a few hundred quid is worth the drop in team morale and almost inevitable bad PR, they must have reaslised this had ROF written all over it.

The event for trainees who have not yet started (referred to above) which they have to pay for themselves is truly crap though (assuming it is accurately described).  Oh let's have a get together for the trainees who have some money to spare, all in the name of 'charity' of course.  It's the sort of thoughtless bullsh1t that really gives the impression the law is not for those who aren't 'PLU'.

Never knew lawyers were so money minded until I read this

@Donny Darko's Soundtrack - the charity event description is accurate. I trained/worked there myself for 5 years and attended the same trip prior to starting.

Whilst the trip itself is a positive and worthwhile CSR/teambuilding initiative, I was shocked to find out that as well as giving my time to charity I had to raise/find a mandatory £600 contribution which went to the charity in question. Not being from a wealthy family background and feeling awkward about going round cap in hand for a charity event which I was effectively attending for (1) my own career purposes and (2) the firm's CSR initiative, I decided not to ask others for donations. But AG were kind enough to instead deduct £30 a month for nearly two years from my trainee salary to cover the cost :)...

A now departed tax partner took her secretary out for a Christmas lunch, together with three or four associates form whom the secretary also worked.

The partner paid the bill, but once back at the office asked the associates for their share of the cost, calculated down to the exact penny.