Titmuss Sainer Dechert merged with US firm Dechert, Price and Rhoads in July 2000, transforming into plain old Dechert in the process (shame).

The firm's  financial strength shows itself in its salaries which are above market rate for mid-sized City firms. Having been well short of the mid-Atlantic rates paid by the likes of Weils and Shearmans and not even close to the proper US rates paid by Skaddens and Kirkland, it is now well in the game with NQ salaries of £110k. Assistants can supplement their already decent pay package with a solid bonus of up to 20% of salary if they put the hours in.

There are other advantages to working at Dechert aside from the cash and the rather fancy offices. The work is good, responsibility is given early, assistants are encouraged to get involved in marketing and business development, time spent on pro bono is taken into account when it comes to dishing out bonuses and international secondments are offered. Another upside is that there's no "up-or-out" policy, so if you don't quite make it to partner you can still carry on as Counsel.

Which is just as well, because your chances of getting on the letterhead are extremely remote, with only tiny numbers making the grade. Unsurprisingly assistants' biggest gripe is over career progression. In the past, criticism had been levelled at the lack of transparency of the partnership selection process ("completely opaque"). However the firm is addressing this as senior associates are now offered coaching and support towards partnership applications. There are differing views on partnership prospects, as one associate says, "it is nigh on impossible to become a partner unless hired laterally". But another associate believes "there has been a significant increase in non-lateral partnership promotions over the last five years. Exceptional senior associates do make partner".

Historically the firm's partnership has been male-dominated. Currently, 18% of London partners are women, and the firm is making steps to try to improve this. Of the internal promotions to partnership in 2015-18, 40% were women. And 26% of partners who joined the firm in 2017/18 were women.

Finally, if you're considering the firm for a training contract you should bear in mind that the firm is historically pretty piss-poor when it comes to retention. But it is a solid place to train, and a marketable name on any CV.

Dechert’s Firm of the Year Scores 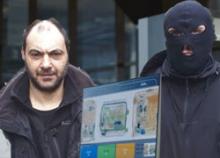