Skip to main content
What is a TEDx and why on earth would a law firm sponsor one?

In my experience, there’s quite a strict divide on TED/TEDx talks.  There are those people who know all about them and love them, and then there are those who don’t yet know about them.  I’d encourage you to join the former group if you’re not already in the know.

TED talks began 30 odd years ago and have two simple premises: firstly that the talks are ‘ideas worth spreading’ and, secondly, that they last a maximum of 18 minutes.  The ideas are big, the format is simple.  The main TED conferences are run twice a year and all the outputs are shared on TED.com as videos to inspire the world: like this one from Amy Cuddy which has 34 million views and counting.

TEDx, the offshoot, is where independent organisers license the format from TED so that they can create new events to bring together fine minds to share ideas worth spreading.  There are a series of rules as to how they get set up but the core experience should be the same: concise, thought-provoking speeches that move the game forward for everyone.

This year, we heard that Bristol University was going to hold its first ever TEDx.  The theme for #TEDxBristolUni is ‘The Complexity of Simple Things’ – a notion that resonates with our lawyers.  We knew straight away that we had to be involved.  Bristol is the UK’s second largest TEDx host (after London) and last year’s TEDx event at the Colston Hall was a smash hit and lingers long in the mind.  Particularly David Sloly’s talk on Change Your Story, Change Your World.

So, we got involved and have been asked to help extend the reach of the event beyond the original ticket holders as the event sold out in less than 24 hours.  With a small cash injection, we’ve helped make sure that it’ll be streamed to the general public in University of Bristol Students' Union so anyone can listen to the speakers talk about a whole host of futuristic and/or off the wall topics including:

I’ve made my pitch and so I hope that your firm or organisation would consider getting involved with a TEDx too.  For me, they’re an idea worth spreading. 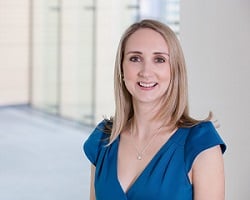