I had booked because Sir Thomas Allen was singing Alfonso. He’s getting on a bit now, time’s winged chariot has given his voice a bit of a pounding beneath its merciless wheels, but he is still a born god and owned the stage. I liked the note in his bio that there is a Channel Tunnel locomotive named after him. The young cast was sublime, Salome Jicia has surely made Fiordiligi her own. The staging and costumes have been given mixed reviews but I very much liked them. And it was an immersive experience as we were in the front row directly behind the conductor. Lucky old me. Or I would have been lucky had the conductor not been Stefano Montanari.

I hadn’t come across Montanari before. He bounded onto the podium like a rock star, replete in a t-shirt dress, lots of jewellery and piercings. There was a collective tut from the audience (average age 110) – it wasn’t exactly Haitink. But I thought it very cool. He stuck his baton down the back of his shirt whenever he sat down to play the fortepiano (extremely beautifully) and that was cool too. The musician’s equivalent of a builder putting a cigarette behind his ear. 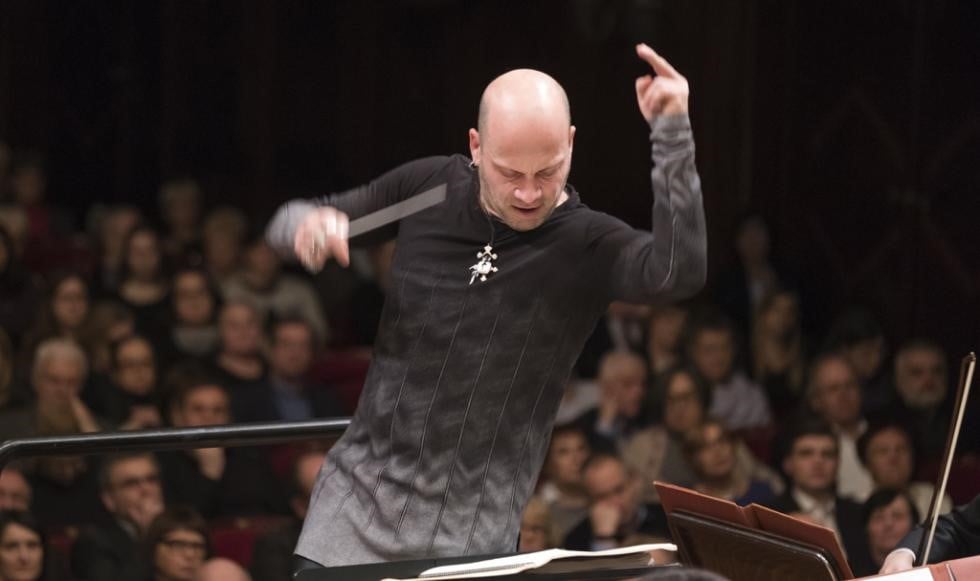 But he was nuts. Properly, properly nuts. I go to the ROH very rarely because it charges like an angry bull. And Montanari sounded like one. He snorted and grunted con belto for the entire performance, accompanied by halitosis and a gurning face that seemed perpetually at the point of orgasm. His arms flailed around like an inflatable outside a petrol station.

When not grunting he sang along tunelessly, blew kisses at the performers on stage and dry humped his keyboard. As he got increasingly agitated I thought that he might have taken an industrial quantity of cocaine or be having some kind of seizure. But then I remembered that he was Italian.

The orchestra barely bothered to conceal its distaste. Violinists smirked at each other. I’m sure I saw one member of the woodwind roll his eyes. It started off as quite entertaining, he was in the zone, he’s the maestro, this is what it takes to get such a beautiful sound. But it soon became distracting and then infuriating. Soave sia il vento to the accompaniment of a rutting hog…

The programme noted that this was Montanari’s ROH debut. It is surely also his finale. No encores.

Pretty sure saying he had halitosis is defamatory unless you were close enough to kiss him.

He's Italian. All Italians have halitosis .

Pandemic Lawyer of the Week: Divorce now and give your spouse half as much!
Every cloud