Skip to main content
Used car lawyers
A reader compared last week's IP-loving Italian solicitor to Swiss Toni. But if there was ever a firm which looked like it flogged used cars, it's this bunch. Behold: 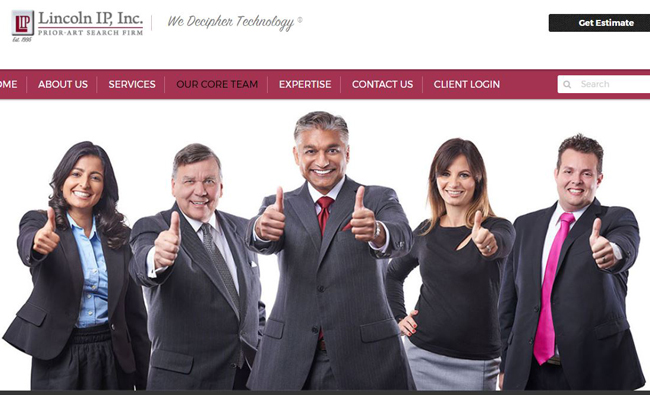 Apparently at Lincoln IP "we decipher technology", but those coordinated digits say otherwise. They say we work under bunting. They say we can three-point turn in a shoe box. They say we know our way around a wacky waving inflatable arm flailing tube man.

I'm particularly drawn to Les Dawson. It's his louche, hand-in-pocket stance. It says enthusiastic but relaxed. It says this is not my first rodeo. Reverse is sticky because it's cold. Those melted divots are part of the steering wheel's ergonomic design. Ignore the fungal smell masked by Royal Pine freshener. And I would.

Not like Atkins Diet Peter Kay. He's hopeless. He's clearly one pulse away from sharting and knows it. He's sweating. His fallow arm is available, but what use is it? None. Help me Debra, he mutters through clenched teeth. Help me I'm gonna shart again. But even though she is right next to him, she doesn't seem to hear him.

It is because she is disgusted.

Of course the star of the show is the boss, centre stage, oblivious to the squalid human drama playing out behind him. He is concentrating on knocking that double-thumber out of the park. It's up there with the best.


That deal may look overlawyered, but don't underestimate the complexity of Lincoln IP's work. Mrs Firthing isn't going to just fall over and pay sticker price. She wants rubber mats and a boot liner. It's going to take all of them to push this one through. Even Peter, but don't stress him out about it or he will degrade the chair. Let's just focus on shifting this Honda Jazz.

Exchange your used law news for nothing here.
Category
Feature

Dont't get out much, do you?
11
Vote up!
7
Vote down!
How was a comment posted @ 18:52 when the article was apparently published @ 18:55...? Spooky.
11
Vote up!
11
Vote down!
Our antiquated system means that when you make any edits to a blog (in this case changing size of pic) the time stamp is updated. That’s not to say I wouldn’t leave comments praising my own work.
8
Vote up!
11
Vote down!
Excellent.
12
Vote up!
11
Vote down!
Laughing out loud having tea in bed on Sat morning!
4
Vote up!
8
Vote down!
seems a bit of a harsh assessment of a firm that is apparently trying to look like it's staffed by humans instead of the far more professional and soulless black and white photos of the Thames adjacent Weinsteins listed on this week's news