The huge trove of leaked documents from offshore law firm Mossask Fonseca has dominated global news. Earlier this week British banks were given a deadline by the Financial Conduct Authority (FCA) to reveal whether they have conducted business with Mossack Fonseca, the law firm at the centre of the leaks. Apparently prompted by the FCA's probe, the SRA is now taking action. However, its investigation is far narrower in scope. While the FCA has asked banks to reveal any links to Mossack Fonseca, the SRA is only contacting those law firms which have already been named in the Panama Papers. So far, four have been identified:

- Simmons & Simmons. The firm was revealed in the Panama Papers to have worked alongside Mossack Fonseca providing English law advice in relation to the formation of Blairmore Holdings, the offshore fund set up by the British Prime Minister's father.

- HFW. The firm was an adviser to UAE president Khalifa bin Zayed bin Sultan Al Nahyan in relation to his dealings in the UK. He was revealed to be the beneficial owner of companies established in the British Virgin Islands which held properties in London worth more than £1 billion.

- Pettman Smith, a London firm now known as Child & Child following its merger. The London firm has also been named as an adviser to Al Nahyan.

- Trethowans. The firm has been named among the leaked documents as an adviser to Baroness Pamela Sharples, a Conservative member of the House of Lords who has been shown to be a major shareholder of Bahamas-headquartered Nunswell Investments.

A spokesman for the SRA has said that it is “writing to those firms identified in the media as being linked to the Panama papers" to "ask for assurances that they have looked into the matter and have acted appropriately". He added that the SRA was "also liaising with other authorities with an interest”. 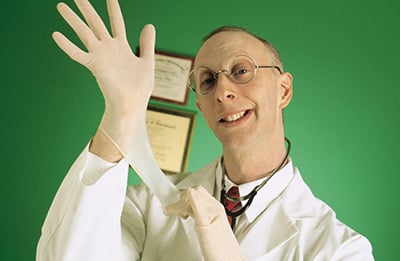 Asking firms to promise that everything is okeydokey, honest guv, is not the most invasive of investigative measures. However, even being dragged into the story will have been awkward. Getting caught up in an SRA probe, however limp it may appear, will be even more uncomfortable. RollOnFriday asked Simmons & Simmons to confirm its response to the SRA, or provide a comment. It declined.