Skip to main content
Stop the roundabout...we need to get off 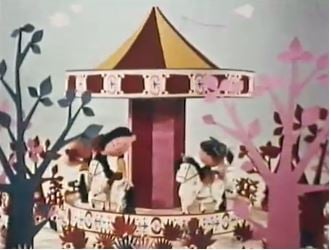 It might not surprise many UK professionals that the longest hours are worked by the most qualified.1 And all too many professionals will be familiar with ironically named ‘magic roundabout’. For the uninitiated, this is ‘beasting’2 for the professions. It requires a Digital 3 to ‘throw’ a series of all-nighters interrupted only by trips on the ‘roundabout’ … a wait and return Uber to their home for a shower, change and then a sleep-deprived return to work.

We have heard The Magic Roundabout described as key stage learning in the suffer to succeed rites of passage so favoured by professions. The same rite of passage rationale was given for the institution of fagging in public schools. The roundabout still rotates, fagging was banned in the seventies.

If clients knew that their professional services teams were, ‘significantly impaired to a small or moderate magnitude for tasks assessing episodic memory, problem solving manipulation in working memory, and retention in working memory’, do you think they would be happy4? Or do you think that they could be concerned that mistakes are being made, or that the firms in question are abusing their staff.

What’s worse is that the same study showed that people were usually unaware that their performance was impaired.  Just like the initially imperceptible but no less real impact of drinking alcohol on driving performance.

All of which chimes chillingly with the US army study cited in our new book that discovered sleep-deprived artillerymen unaware that they were firing on their own troops.5 (Fortunately this was only a simulation). Evidently our roundabout riders appear competent, yet the truth is they are far from being ‘on it’… and in the US Army case potentially fatally so!

A few hardened (and out of touch) Analog bosses might dismiss the proven health impacts of sleeplessness such as increased propensity to high blood pressure, diabetes, heart disease, anxiety, and depression as merely collateral damage in pursuit of success. The ‘cost of doing business’ if you will.

Or they might dismiss the scale or veracity of the research in this field. We’d ask them to consider the evidence of a biannual survey conducted with 1.6bn people in 70 countries. The day we all lose an hour of sleep because of the clocks going forward sees a 24% increase in the incidence of heart attacks and significantly more road accidents and suicides. And the day we get an extra hour of sleep we find a 21% reduction in heart attacks.6

Flipping the coin, doubters might be more interested in the benefits of a good night’s sleep on productivity and performance. In an elite basketball player study8 ‘at the end of a sleep extension period, the players ran 5% faster than they had at baseline. Shooting accuracy increased by 9 percent and 3-point field goal percentage increased by 9.2 percent.’ Fatigue levels decreased following sleep extension, and athletes reported improved practices and games. These are far more than the one per cents of Marginal Gain theory, and if translated to work productivity could be till-ringers not just quality of life enhancers.

The final irony is that the sleep deprived put themselves in a vicious cycle of stress over their workload which in turn affects their ability to sleep. In researching our book, we were told of the cruel tokenism of magic ‘roundaboutees’ being invited to lectures on the importance of sleep. These lectures are organised by the same management that is, at best, passively sanctioning the spinning roundabout.

Perhaps one positive of the pandemic could be the demise of The Magic Roundabout. Perhaps the hours once devoted to commuting could be legitimately redirected to sleeping on days WFH. And clients’ expectations regarding responsiveness could be managed by improved productivity and reduced error count.

Or perhaps we will just drift back to being like The Magic Roundabout’s rabbit, Dylan, who at the end of episodes often said, ‘I wish it was time for bed’ and then promptly fell asleep.

1 The Resolution Foundation cited by Noreena Hertz The Lonely Century

2 Noun INFORMAL•BRITISH (especially in the armed forces) the process of subjecting a new recruit to harsh treatment in order to instil discipline.

3 See How to Stop Boiling Frogs

6 Matthew Walker Professor of Neuroscience and Psychology at the University of California, Berkeley.

8 Cheri Mah, a researcher in the Stanford Sleep Disorders Clinic and Research Laboratory

Perhaps the same concerned clients could stop with the unrealistic turn around demands and timeframes.