This week I'm the Glamorous Solicitor. 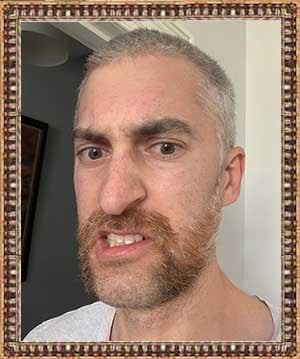 Given we've framed hundreds of other lawyers over the years who don't look half as strange as me, it's only fair. That's what the arses I work with told me, anyway.

Thanks to defective genes and/or the stress of City law, I turned white on top while retaining a ginger beard about 15 years ago. An absolutely ridiculous combination with which to saddle myself, but being colour blind as well (really defective genes), I didn't notice unless people shouted at me.

Which occasionally happens, and I can tell you it's difficult to muster an effective rebuttal to strangers leaning out of a passing car and yelling, 'Red beard white hair!' when they're making an accurate statement of fact.

Some are more flattering. A couple of years ago as I left work a Latvian builder approached shyly and asked for a selfie. "We call you the red white man", he said. God knows what specialist site that picture's on now. Last week someone on Twitter dismissed me as 'anime grandpa', which was sweet.

But lockdown brought the freedom of privacy and, in the early stages, the excitement of post-apocalyptic cosplay, and I went much too far. How many of you also overreacted by shaving off your locks with clippers as you ran around the garden, generating a suitably dystopian mange effect? How many of you grew mutton chops which you hoped would make you look like a renegade, but which actually made you look like Lemmy with a wasting disease? 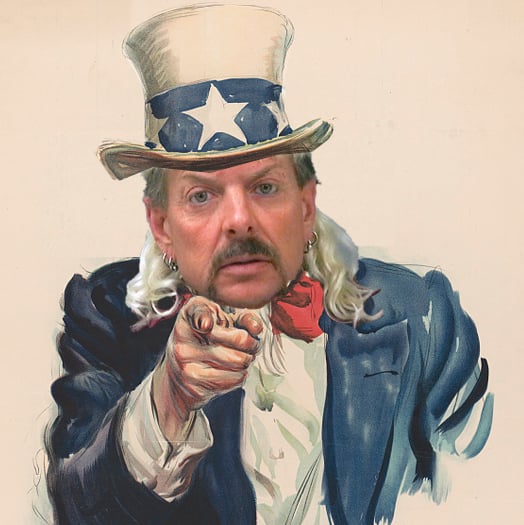 Loads I reckon. There's been a spike in radical hair activity across the nation. In a world where we're at the mercy of sweeping, gut-wrenching events, brutalising your barnet represents an exercise of control in one of the few areas we still have it. Now RollOnFriday wants to see yours.

Send us a snap of your batshit shave, your hacked bob, your dubious dye job. Or have you resisted an amateur shearing from your housemates, and now boast a giant mushroom? Submit your picture to [email protected] today, and be part of a gallery of the best lockdown hairdos in law. We'll blur out your face if you like. There'll be a fabulous prize for the best one.

Mainly we just want to all have a sad, isolated laugh in front of our computer, in the dark, surrounded by crisp packets and empty cans and our crap homemade sourdough loaf. So send in your snap today!

Good on you Jamie, thanks for the laugh. You just need a leather jacket and you’ll look like a dancer at the Blue Oyster Bar.

I'm now at 4 months since my last hair cut.

Am channelling the Chris Waddle 1990 world cup hairstyle at this stage.

Quote from my son (17) -  ‘It sounds stupid, but mullets are making a comeback’.

I used to live with a blonde.

Now I live with a brunette.

As a bald man, this has triggered me. I demand its removal.