In September, Thomas Cook CEO Peter Frankhauser was filmed sneaking out the back entrance of Latham & Watkins' City office after he failed to secure the survival of the tour operator.

Caught speed-walking up the firm's loading bay in an attempt to evade the press, it was an appropriate exit point for a man whose company had pushed so many Britons' bags through similar liminal spaces over the years. In a touching tribute to what his company could no longer do for anyone else, a lackey carried Frankhauser’s yellow suitcase. 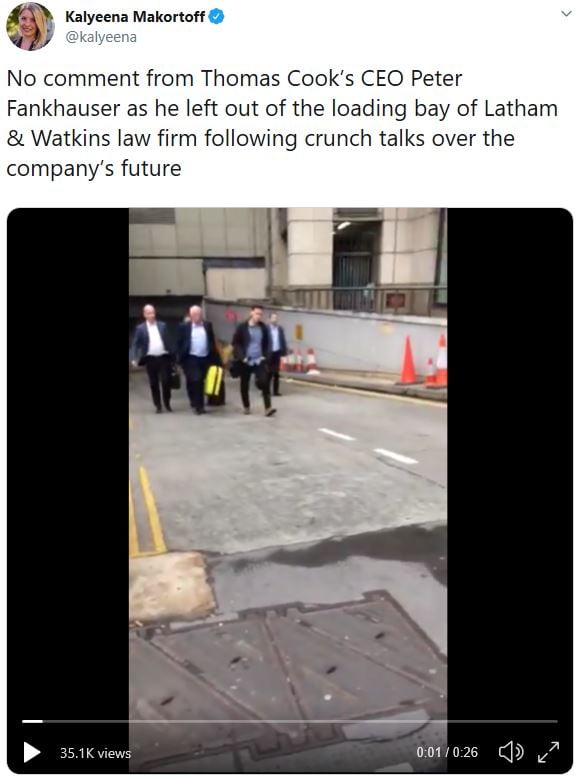 But Frankhauser is far from the first media-shy client to flee a flop IPO, a collapsed deal or an adverse judgment via Latham & Watkins' loading bay. A dig through the photo archives reveals that Latham's losers have been sneaking out its rear for years.

In 2017 Philip Green was spotted stomping out of the tradesman's entrance after he failed to prevent the papers from identifying him as the businessman who shelled out a fortune in sexual harassment settlements. Or it could have been after he sold BHS to a conman. One or the other.* 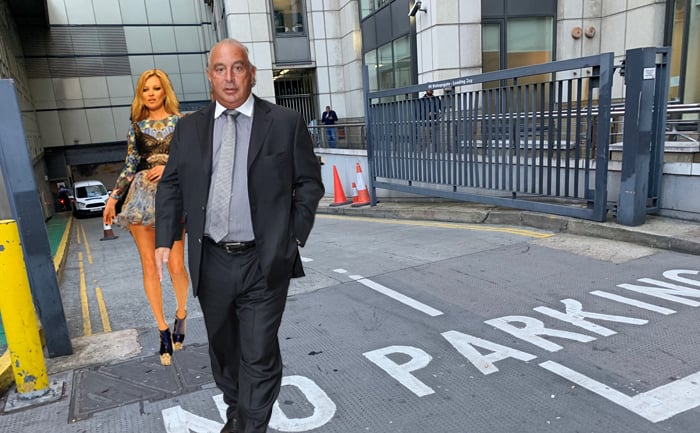 In 1681 the last dodo picked Latham & Watkins to negotiate its survival. After talks broke down, a poacher secured the rights to shoot Latham's client and did just that as it scuttled up the loading bay on its gnarly dodo talons. As an apology to its feathered friend, Latham & Watkins purchased the carcass and for over 300 years the firm's London Managing Partner has worn it as a crown at the first completion meeting of each year. 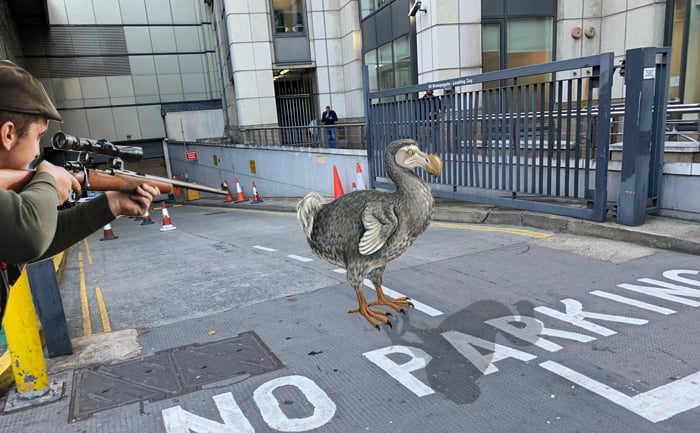 Actor Tim Curry played Pennywise the Dancing Clown in the original TV adaptation of Stephen King's horror novel, IT, and desperately wanted to portray the sewer-dwelling monster in the recent movie version. But despite turning up for auditions at Latham & Watkins in full make-up and offering balloons filled with his own blood to receptionists, producers opted to go with another actor instead. The day he got the bad news, Curry lashed out at reporters as he fled Latham's loading dock in tears. Ironically, moments later he caught his heel in a drain and although he wasn't pulled underground by a murderous clown he twisted his ankle badly. 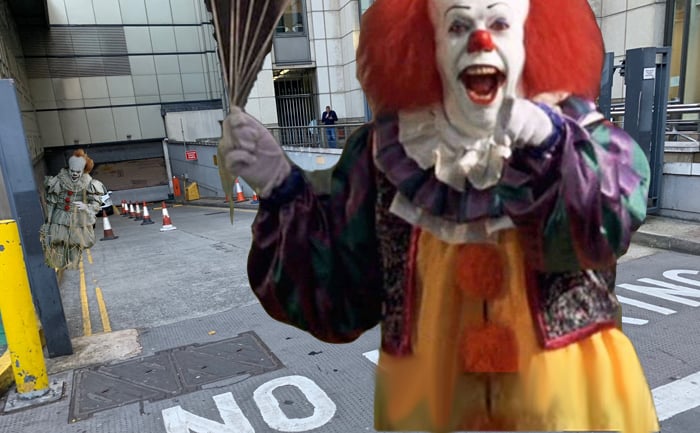 As London Mayor, Boris Johnson made a dramatic exit from Latham's storied delivery bay on the day it was decided that the water cannon he purchased for £322,000 were illegal to operate and would have to be sold as scrap. To the surprise of the reporters he had called in advance, Johnson shot out of the law firm on a zipline and became stuck, a mishap he deliberately arranged in order to burnish his public image as a lovable buffoon. He was left dangling for as long as possible before being lowered into a bin filled with shredded documents. 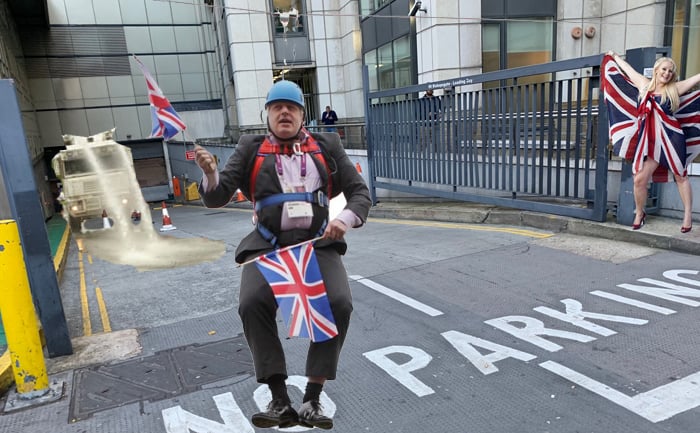 In 1938, another PM, Neville Chamberlain, famously declared "Peace for our time" after agreeing that Adolf Hitler could have Poland. What's not so well known is that once it became clear he'd seriously misjudged Hitler, he was made to come back and apologise for being an idiot. The location? You guessed it, Latham & Watkins' loading bay, where the ley lines of UK failure cross and are at their most powerful. Chamberlain was forced to wave the bit of paper again while Nazi bombs fell around him and people jeered or took cover. 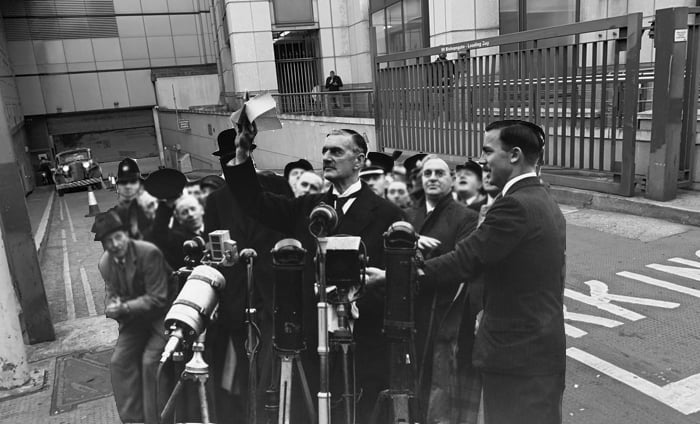 *obviously none of this happened, or not at Latham & Watkins at least.

This is an absolute waste of bandwith.

It was Czechoslovakia, not Poland...