Well this was a week (or really just shy of a fortnight) of contrasts - it started in Italy, I returned mid-week to SW London and ended up in the “City” working in the office again.  While on my Umbrian holiday I allowed myself one day off from creating a colour collage, and enjoyed instead that day leisurely exploring the hilltop town of Spoleto unencumbered by deciding what hue my walk would take. However, on my return to Citta della Pieve, normal affairs resumed and on my last day I paid homage to my break by photographing the Italian flag colours (I was particularly taken by the cat whose favourite sleeping spot was a green paper bag).

In addition to seeing some of my colleagues in person for the first time in six months (the office was about 1/10th occupied at most), I also relished walking the City streets and lanes as I felt that I had somewhat exhausted the photographic options in my neck of the woods.  I still managed on some days to create collages in my hood but on my office-working days, I really enjoyed the different flavour the collages took (I’m fascinated by all the guilds and their insignia).  So City blues, evening golds, reds and a touch of cyan were the result.  Also fortunately, my car-loving uncle seemed to approve of the new look despite the very absence of vehicles (bar one cute Fortnum & Mason van) in them, because although buses and taxis had been frequently sighted, the more exotic vehicles were never to be seen in EC2, EC3 and EC4. 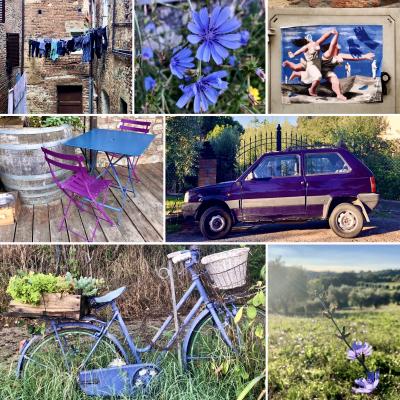 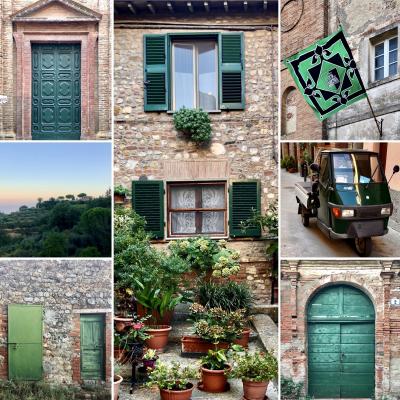 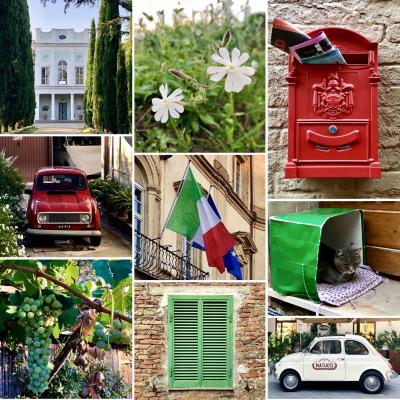 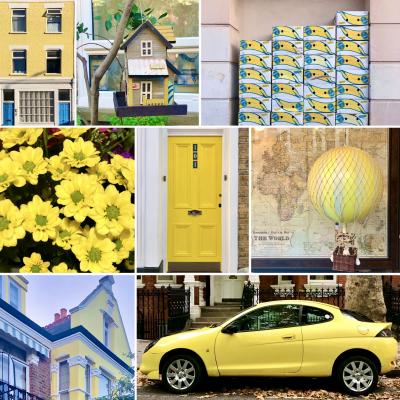 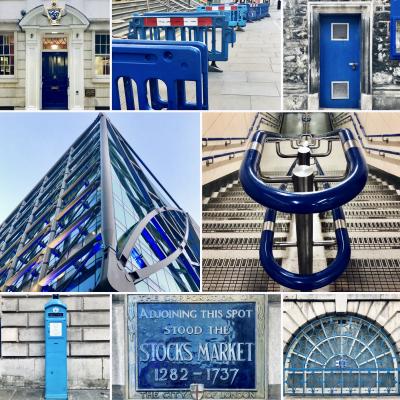 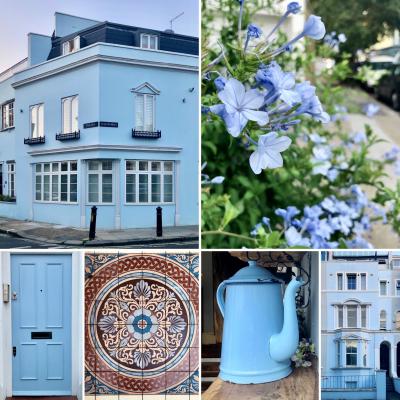 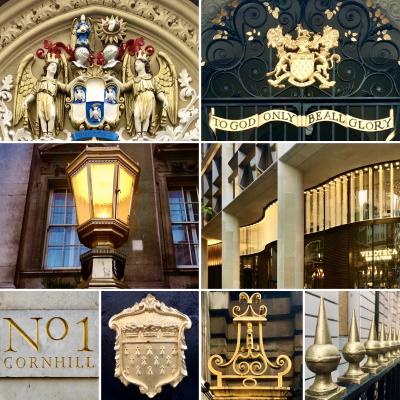 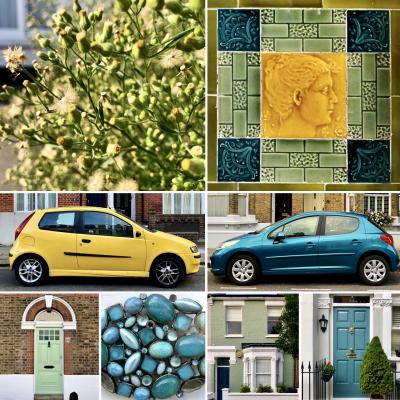 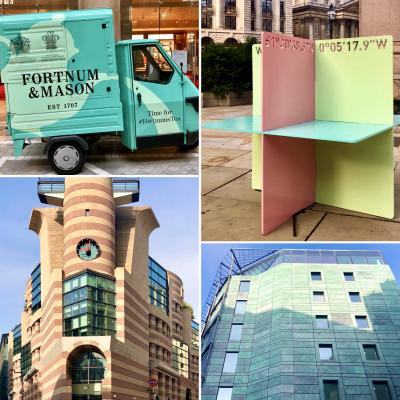 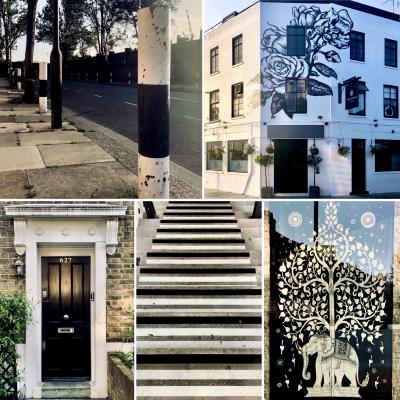