Well this was the week I decided to put myself in the picture (so to speak).  Early into the week I had opted for one of the ‘easy’ colours on my daily morning walk, namely black (the others being grey, white (especially with black) and dark blue as these are both popular car colours and can be found in other things).  I knew there was a building nearish to where I was house-sitting that had my first name on it and I had been wanting to incorporate it into one of my collages since I had walked past it in April.  Originally, I had thought I might put it in with another colour but must have decided on a different approach at the time and so I liked the idea that it might make this ‘black’ day (it was in fact extremely sunny) a little more interesting.

I was clearly being kind to myself this week as I also went with dark blue a couple of days later.  This collage was in my mind turning out to be a rather dull affair until I spotted the patterned tiles.  I decided to risk the house owners coming out to see what I was doing as I needed to be near their front door to photograph the tiles which ran on either side of it.  A few steps in, one photo quickly taken (literally a point and shoot) and I then hastily retreated!

Creams and buttermilk (the description of which was not challenged by my team), turquoise (easily found this week) and terracotta (a very hot day which led me to go into the office for the first time since lockdown began in search of air con) rounded out the week. 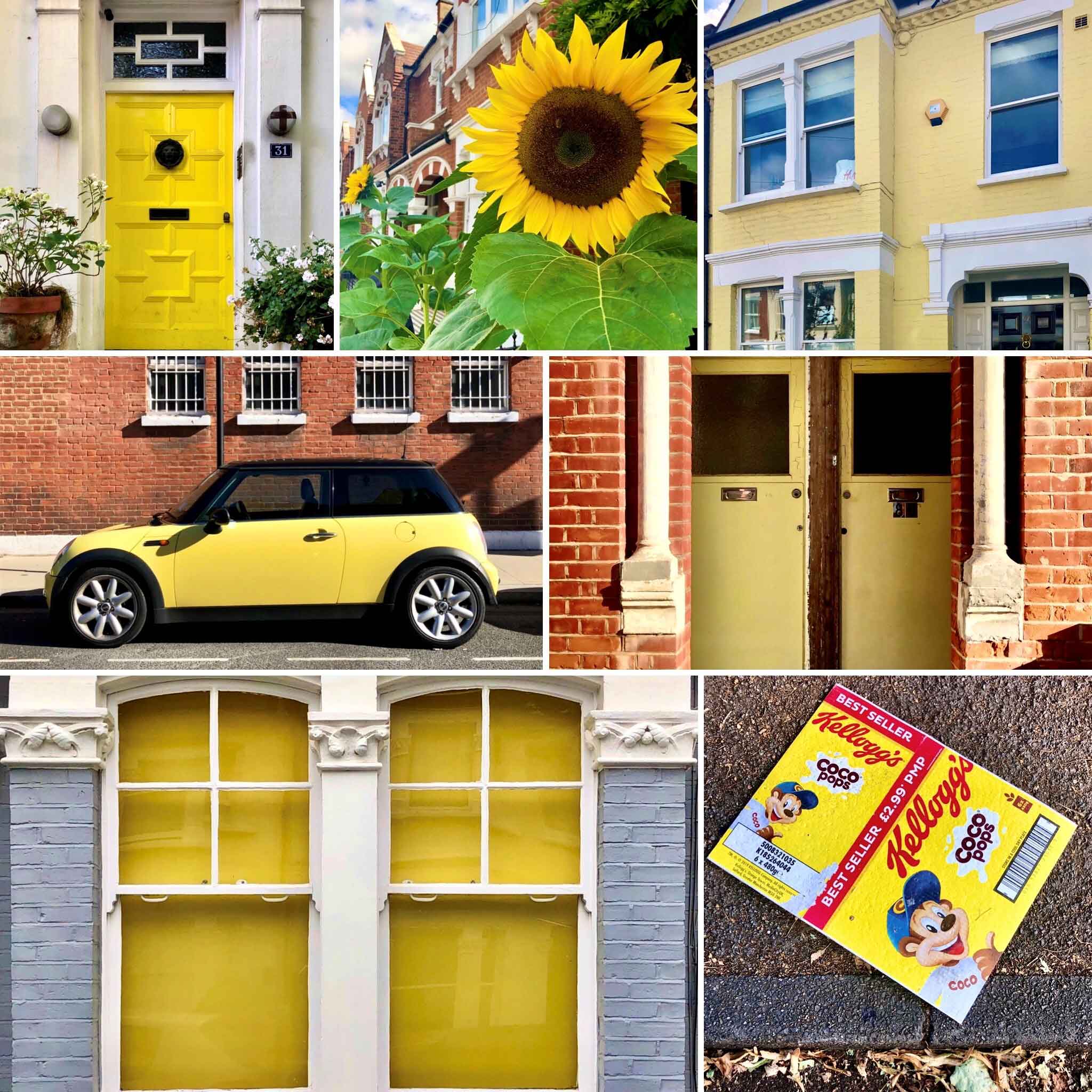 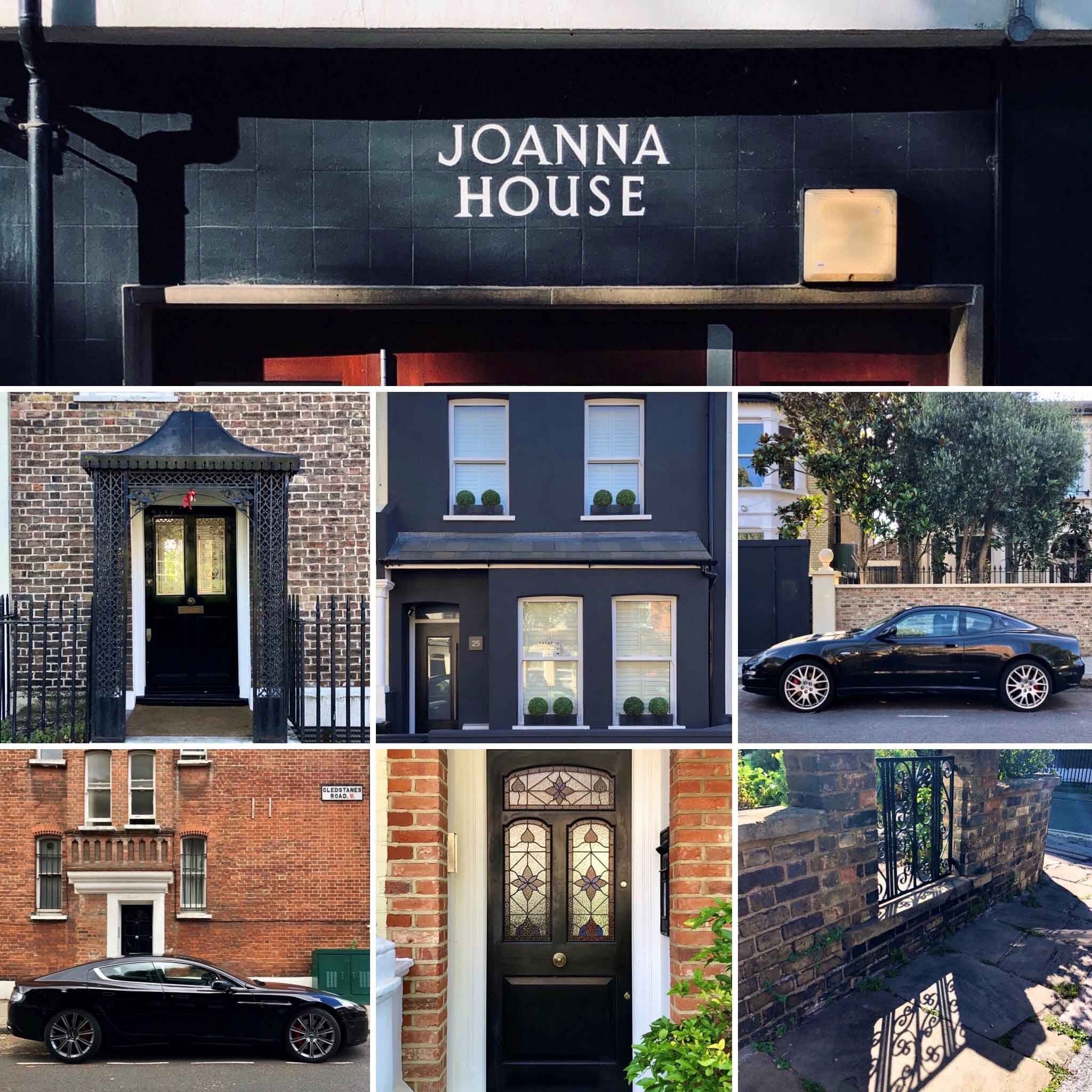 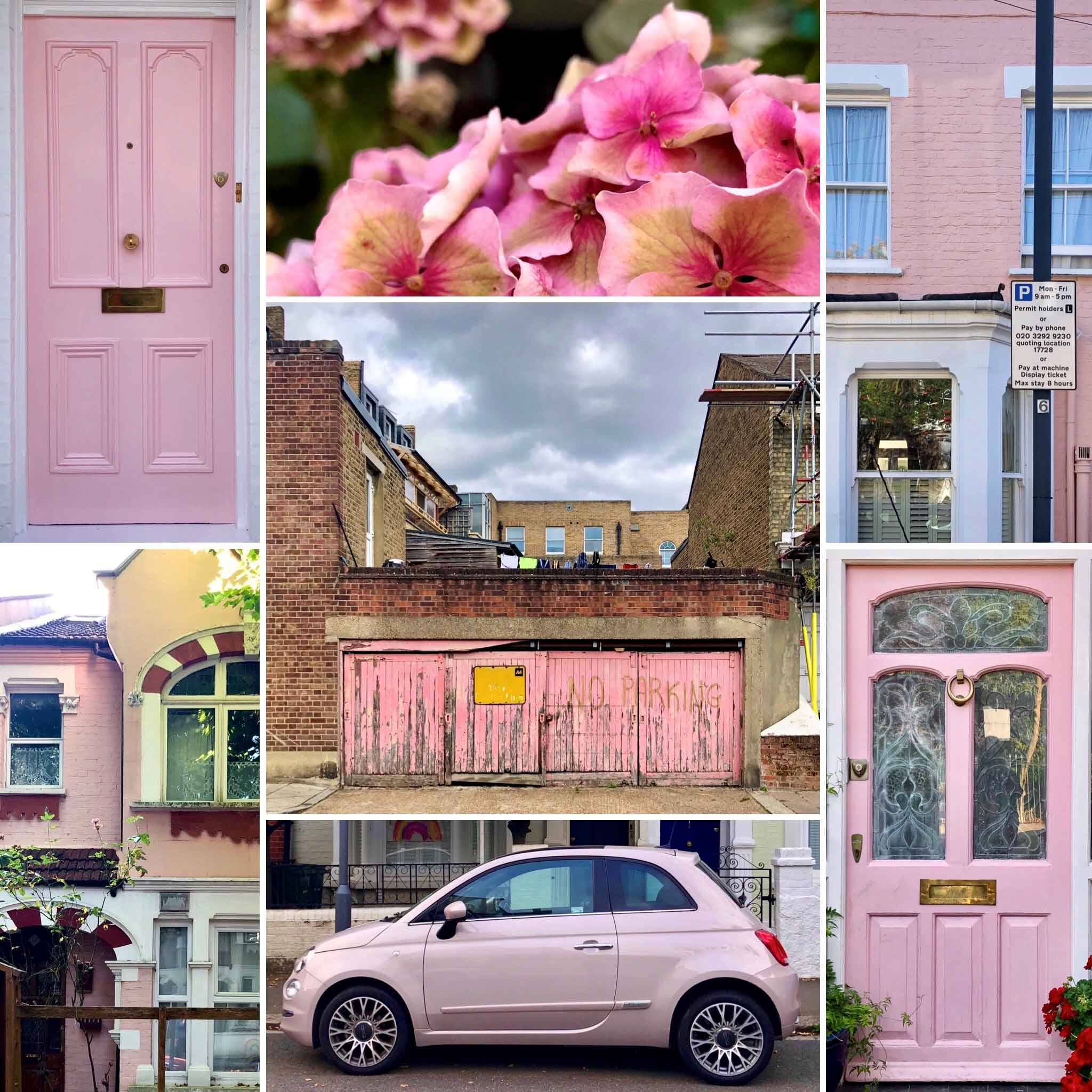 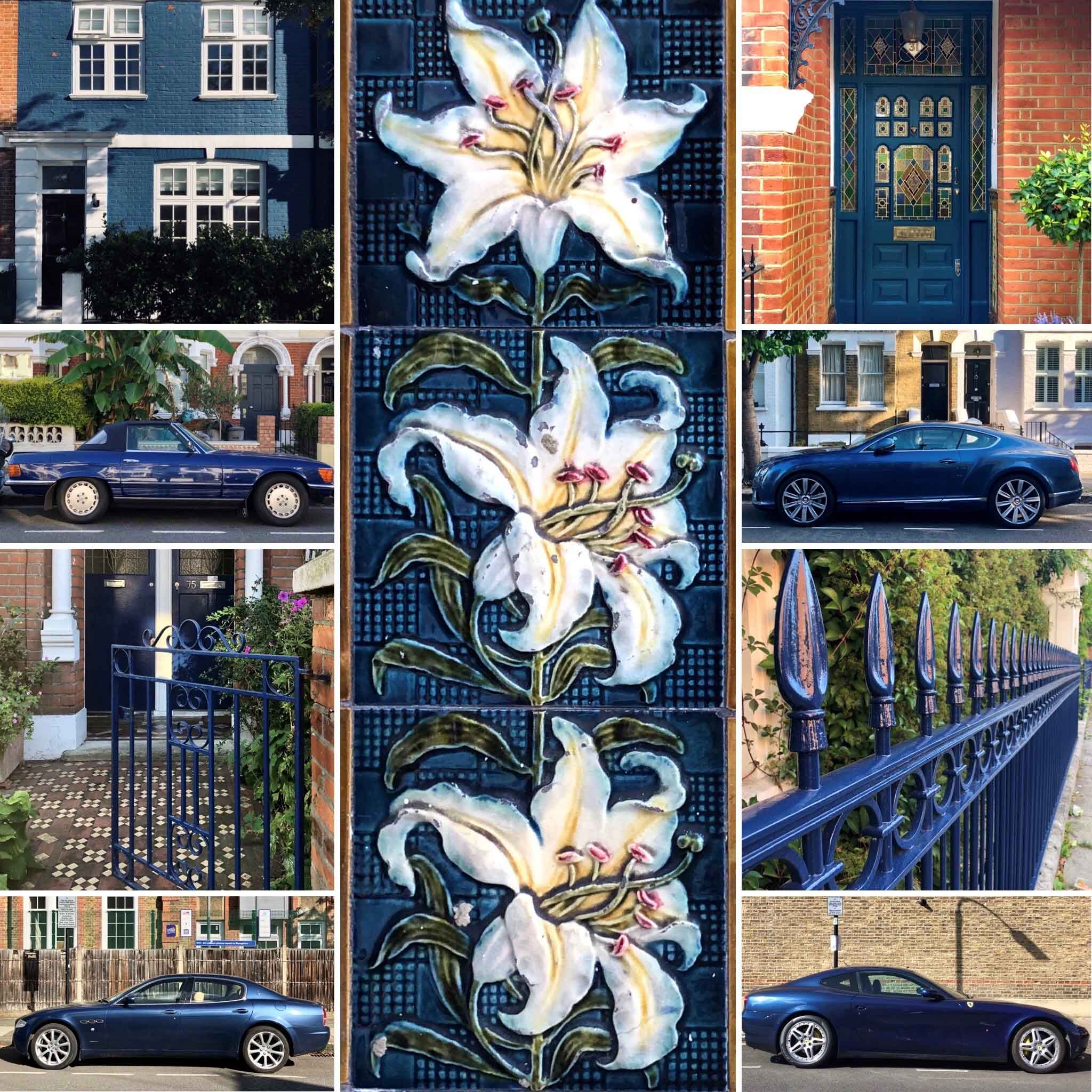 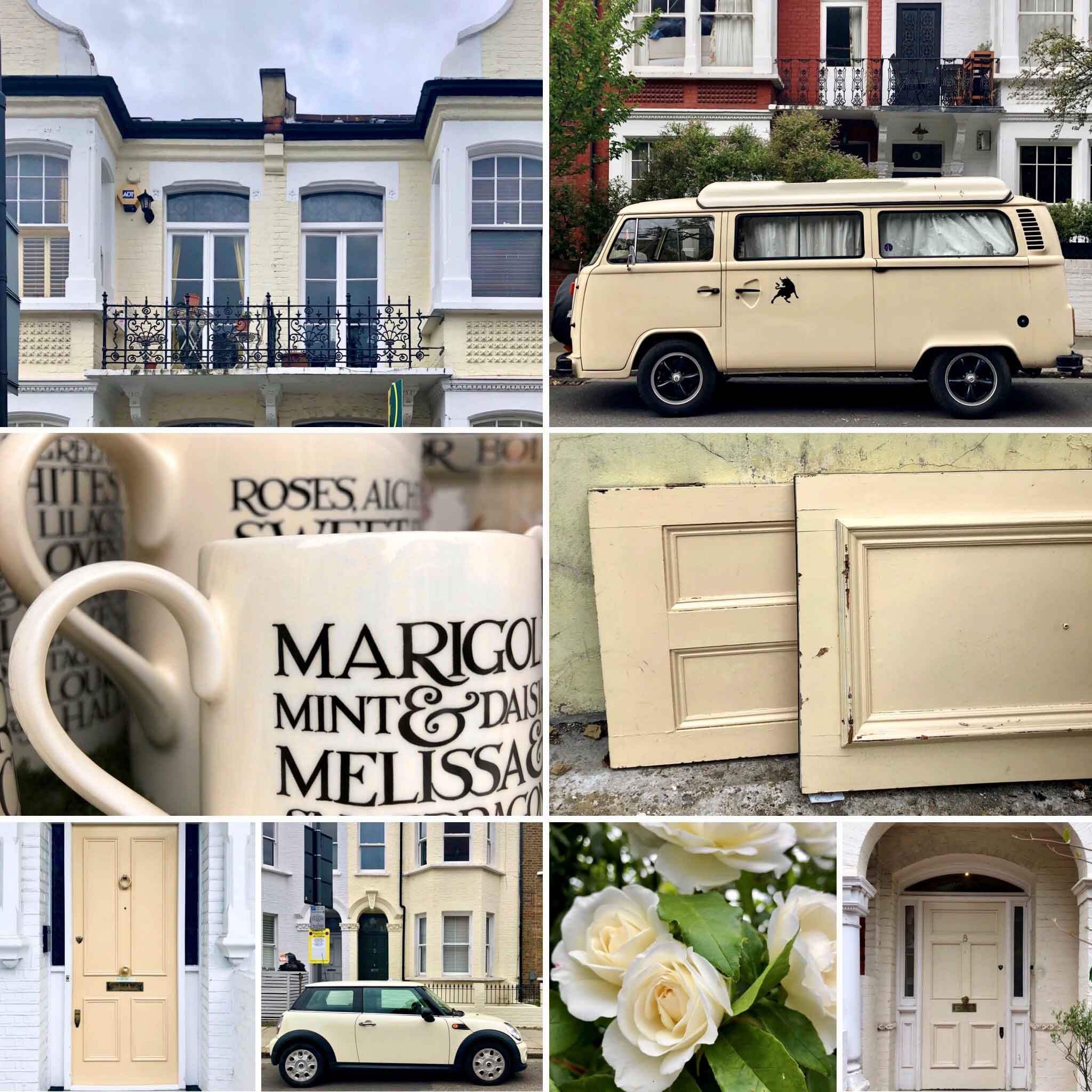 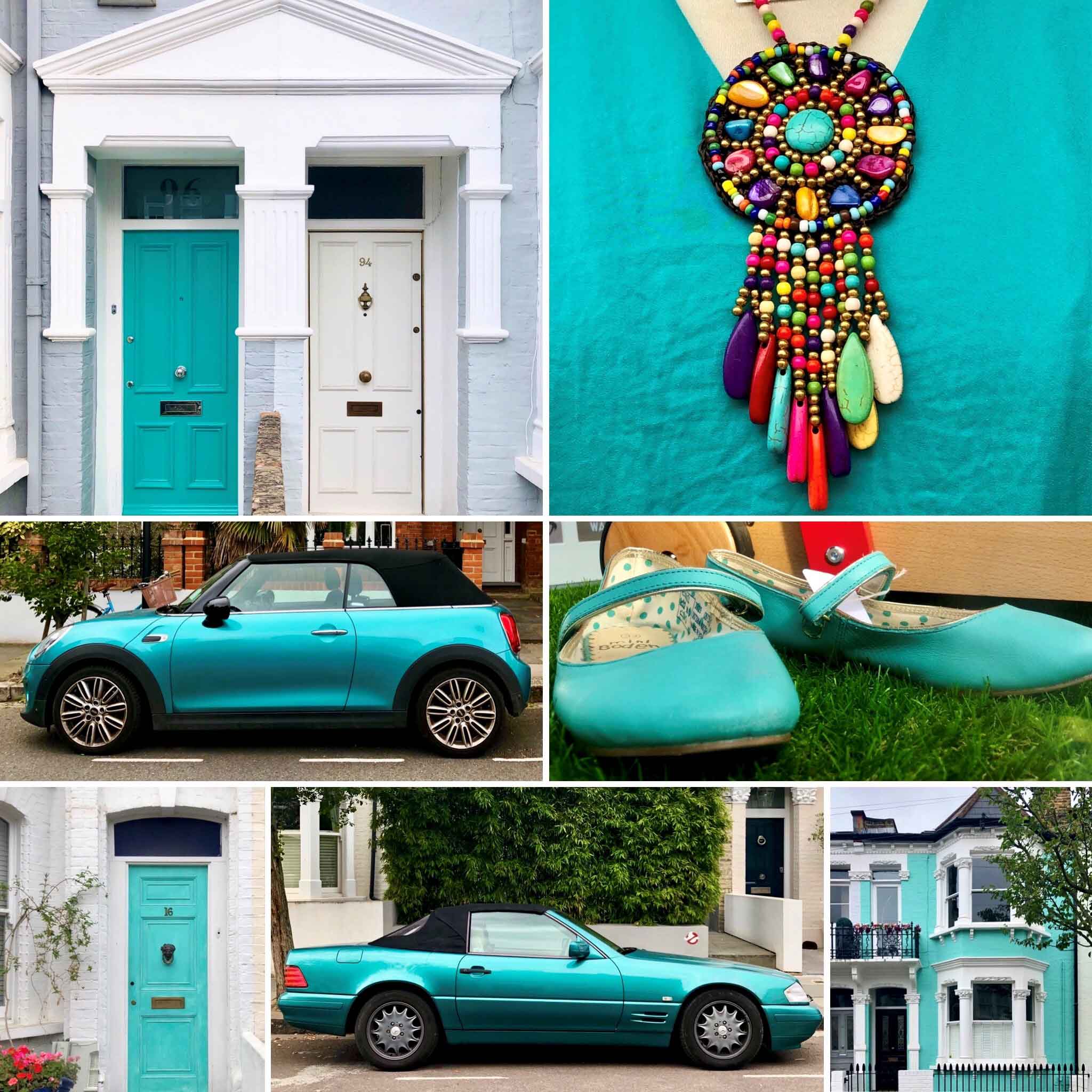 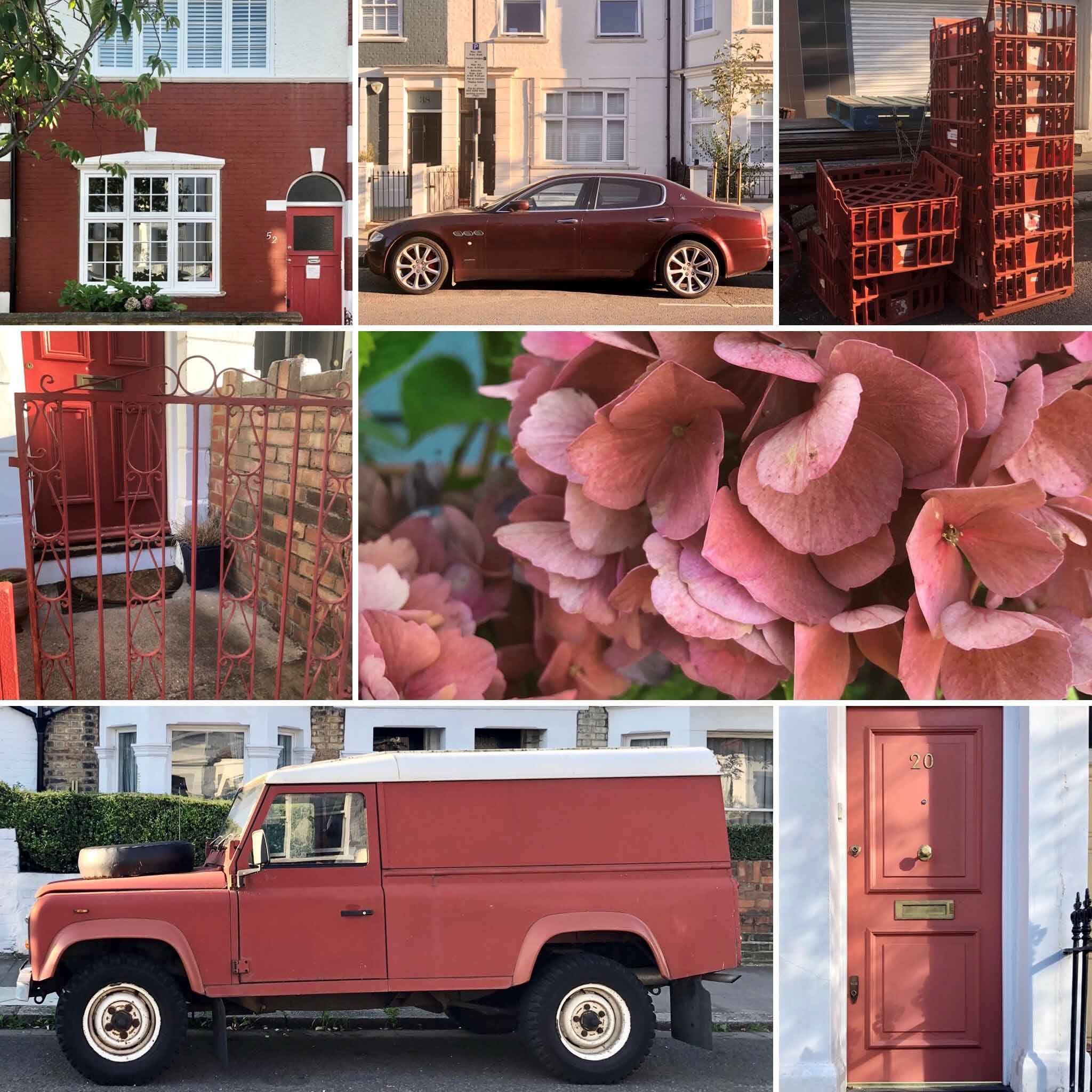 This is the sort of thing I read about in free magazines at the airport. I secretly love it.

Four of the most lovely cars in blue.  But im a few weeks behind.  SL and the Mazzy are the consistent theme.