Well the first week was an absolute scorcher in London (only now do I realise it was really the last of the Summer weather) and on my working days I sought refuge in the office to enjoy its air con.  I was extremely tempted to not go on my early morning walks but decided that I could end them at an Underground station and then take the tube into the City (way too hot to trial the cycling route).  Also I was getting extremely close to the magic 150 days of lockdown number - the number at which I had tentatively planned to end this photo montage series.

I think the weather influenced some of my colour choices - particularly the orange and red days.  My uncle said the red day made him feel quite nostalgic as the Rootes Group Hillman Super Minx 1725 Saloon reminded him of the two Super Minx Station Wagons he and my aunt had owned in the mid 1960s and which had served them well.  Monochrome also featured as I just wanted one of these hot days to find the colours easily.  It rained on my grey day and it was bliss (it dried up by the time I traveled into work).  My pink day sadly did not feature any cars but the pink radiators were well received by some of my friends, and big brother was happy to find a VW beetle prominently featuring on my teal day (but not an original colour he informed me).

The second week started with ‘celestial blues and reddish hues’ to which one of my colleagues jokingly stated “Can’t you come up with something original?” at the description.  I had walked past this framing shop numerous times and had long wondered how I might incorporate one of its displays.  Having seen the suspended planets, I knew this was something I could work with and it also had the added bonus of allowing me to find more than one colour.  The following day I decided to cycle to Chelsea and start my walk from there venturing into Belgravia and Pimlico.  What I didn’t factor into this walk was the number of white terraced houses with black doors.  It quickly became apparent that the colour for the day was going to be white or else I was going to be walking for a very long time!

I believe I hit number 150 on my browns and brown textures day (a friend had asked for it on her birthday) and I must admit to feeling some relief at reaching what had seemed at times an unobtainable number.  However, as one friend put it when I announced I might be stopping, “You're like a batsman on 150. It's not enough, you need to push on for the double century” (he was reading Shane Warne’s biography at the time).  So I shall see how I get on with that suggestion (another 50 seems daunting right now) and it may be the case that my daily collages instead become a few each week if I see something worth photographing.  I suspect it will take me a while to wean myself off this project as the very next day I found myself looking for things on my walk to photograph and so put together a yellows collage, and then I ended the working week with greens (largely because I was amused that someone would run their artificial grass right up the steps to their front door). 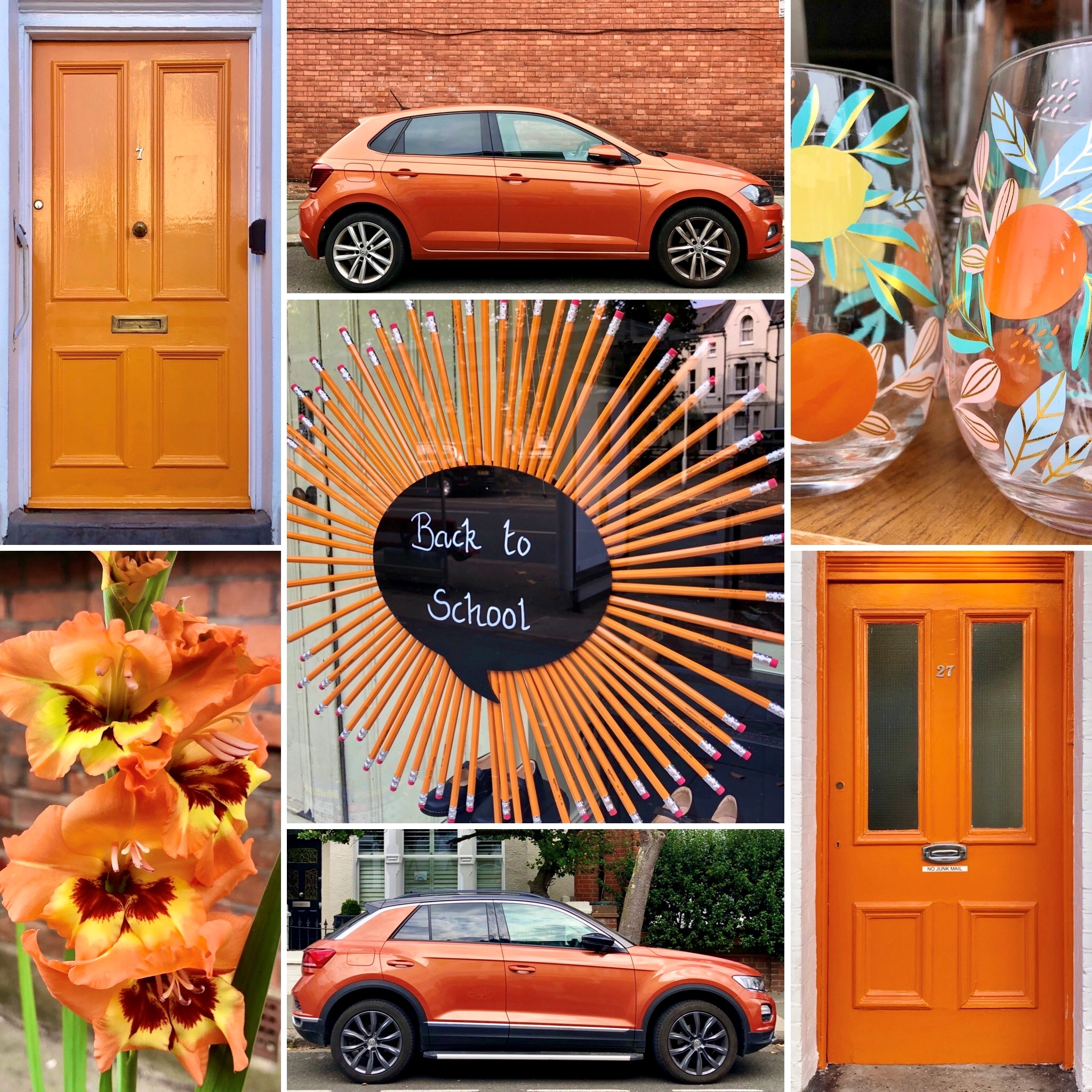 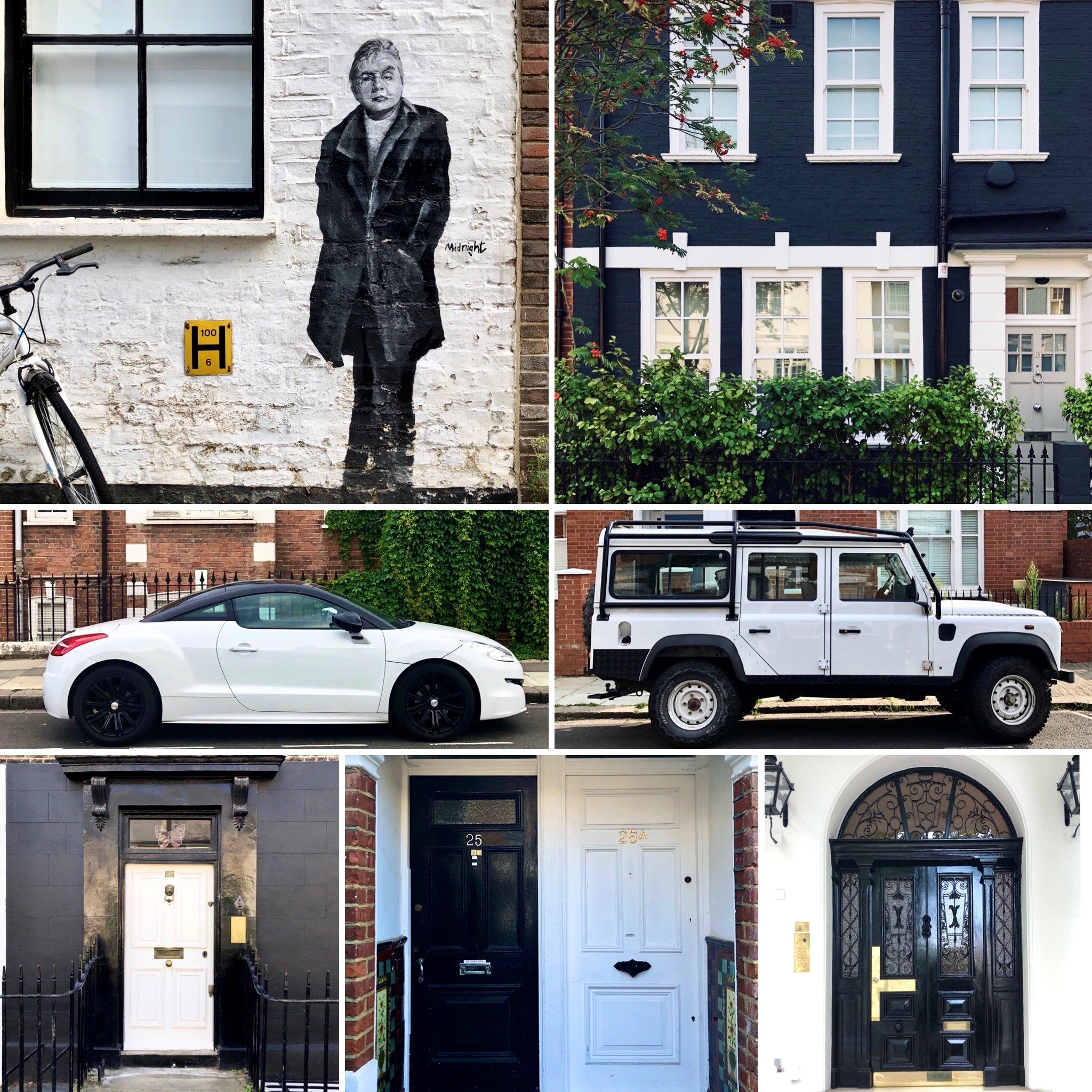 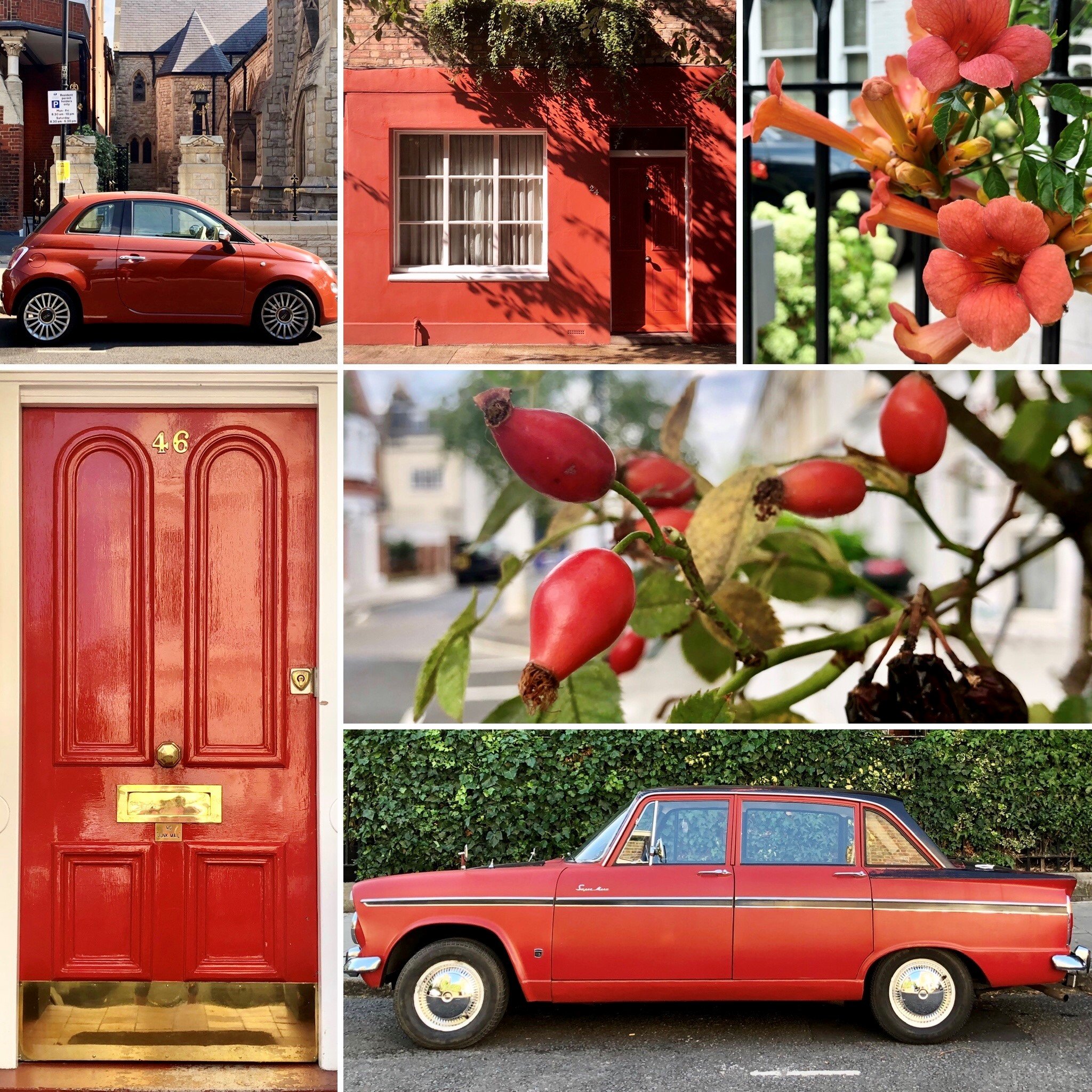 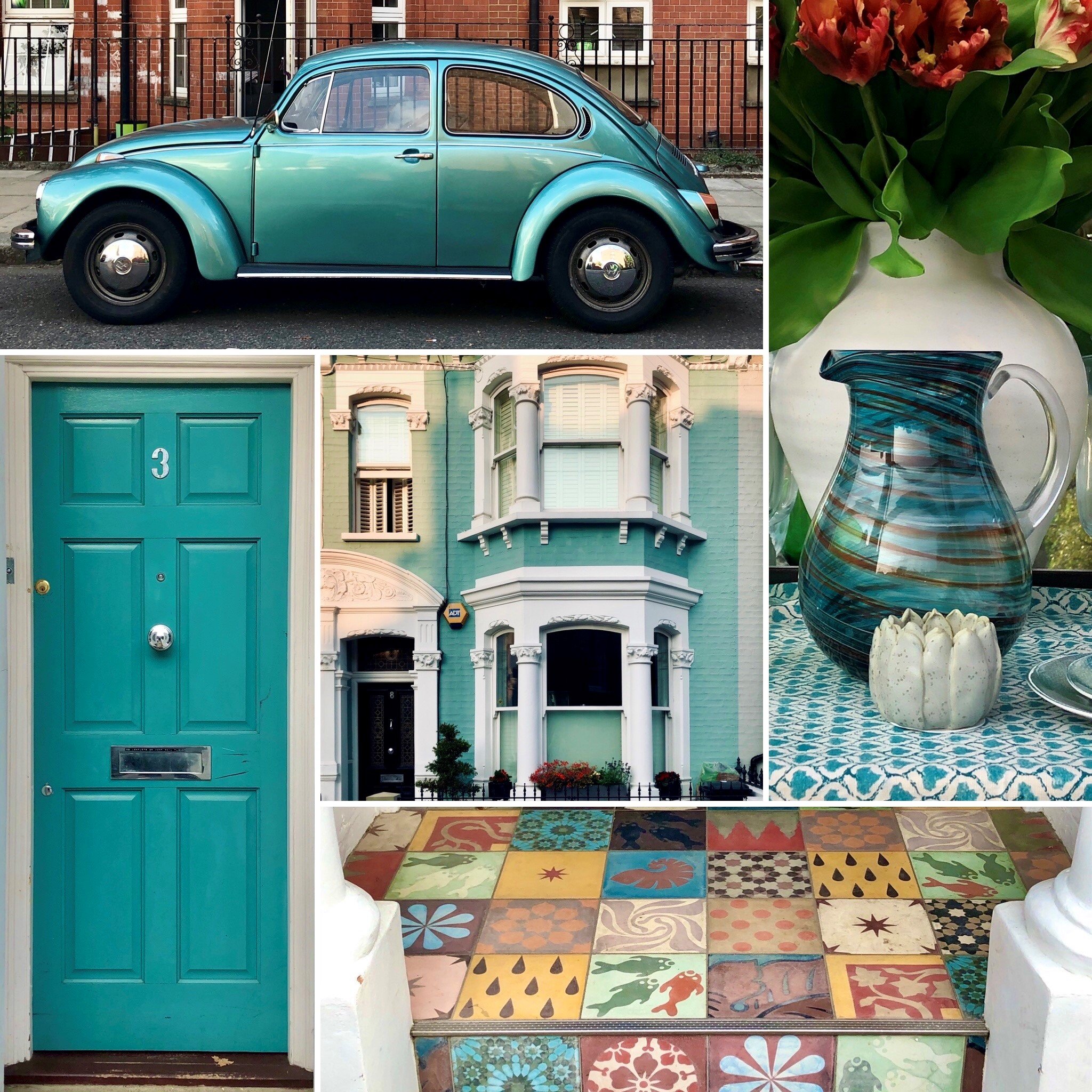 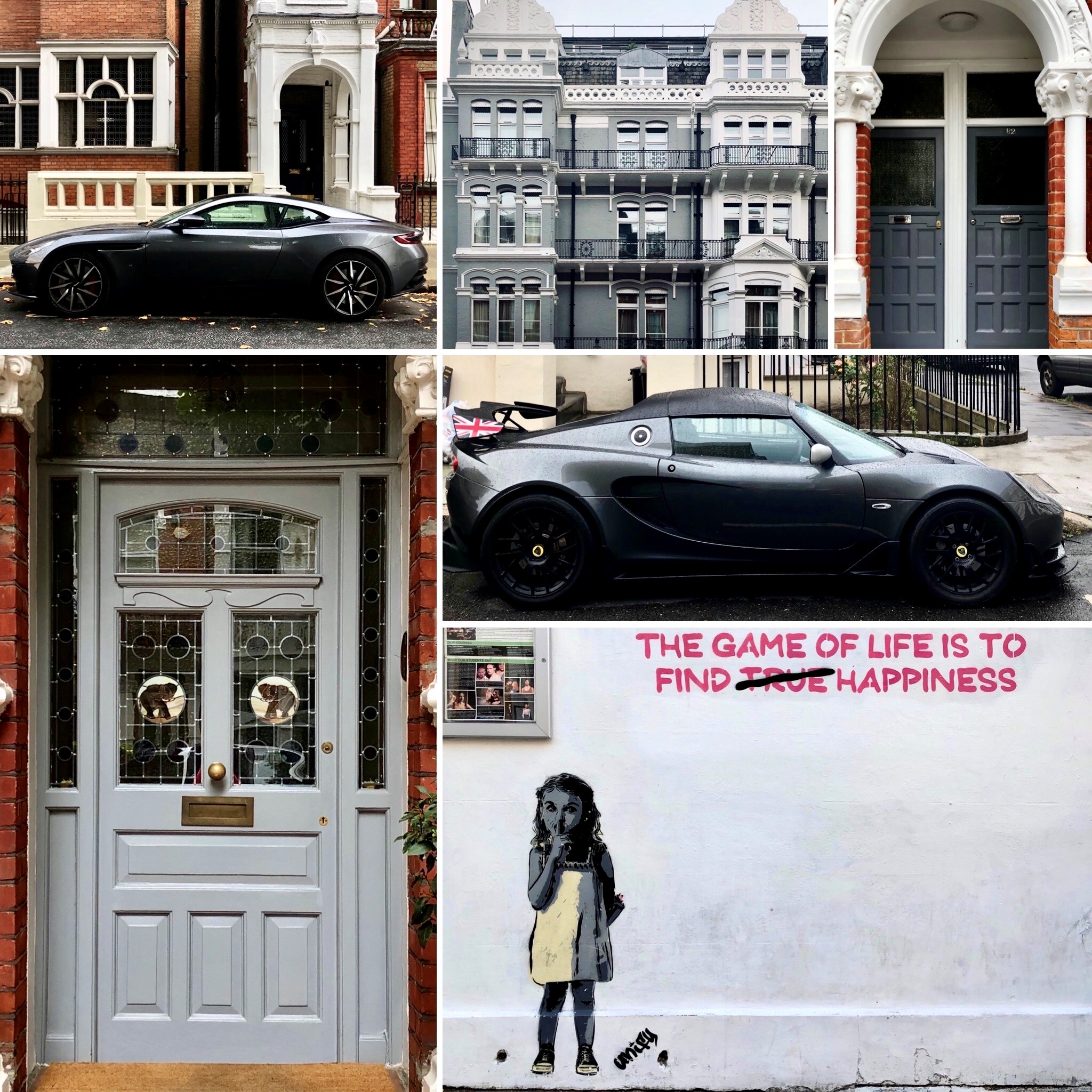 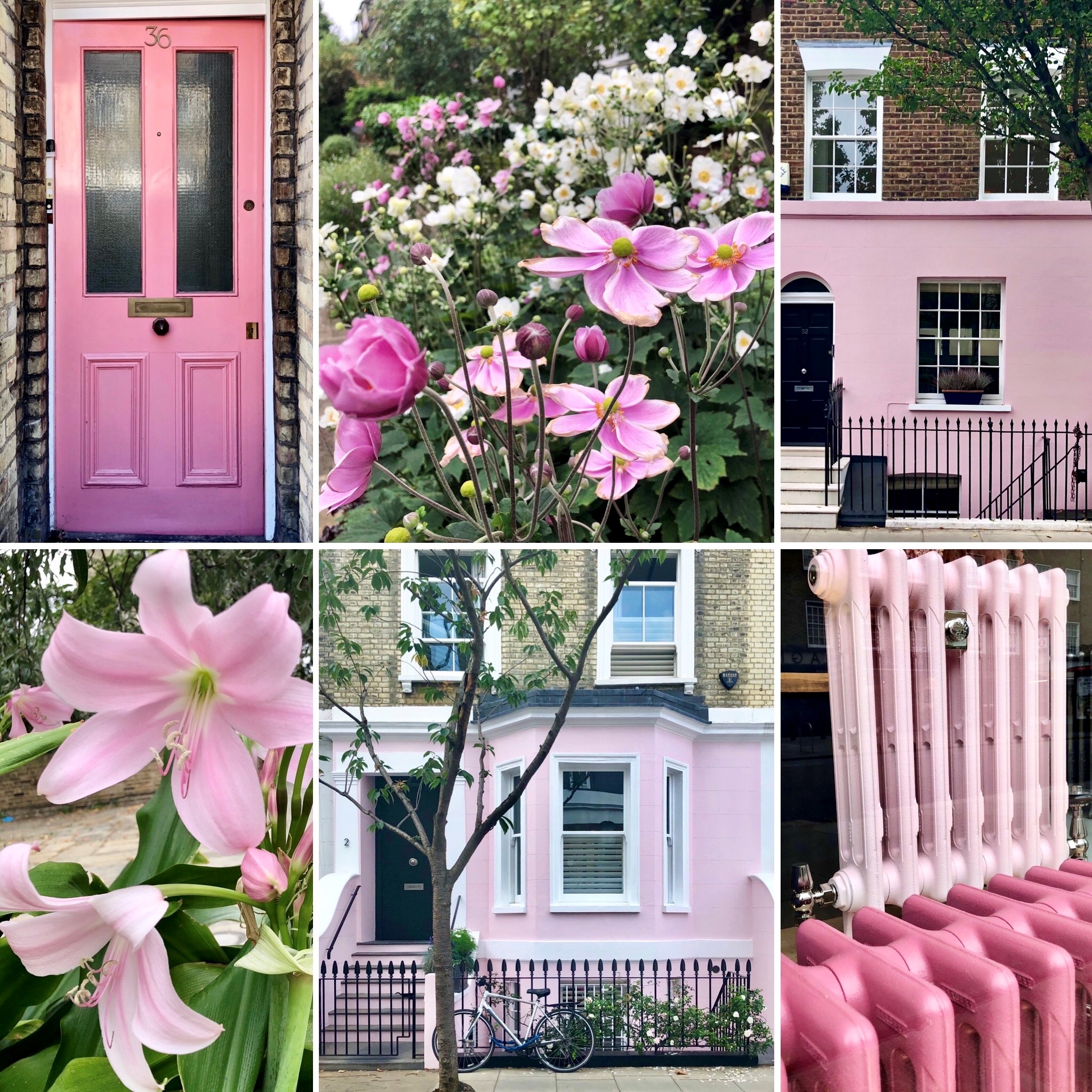 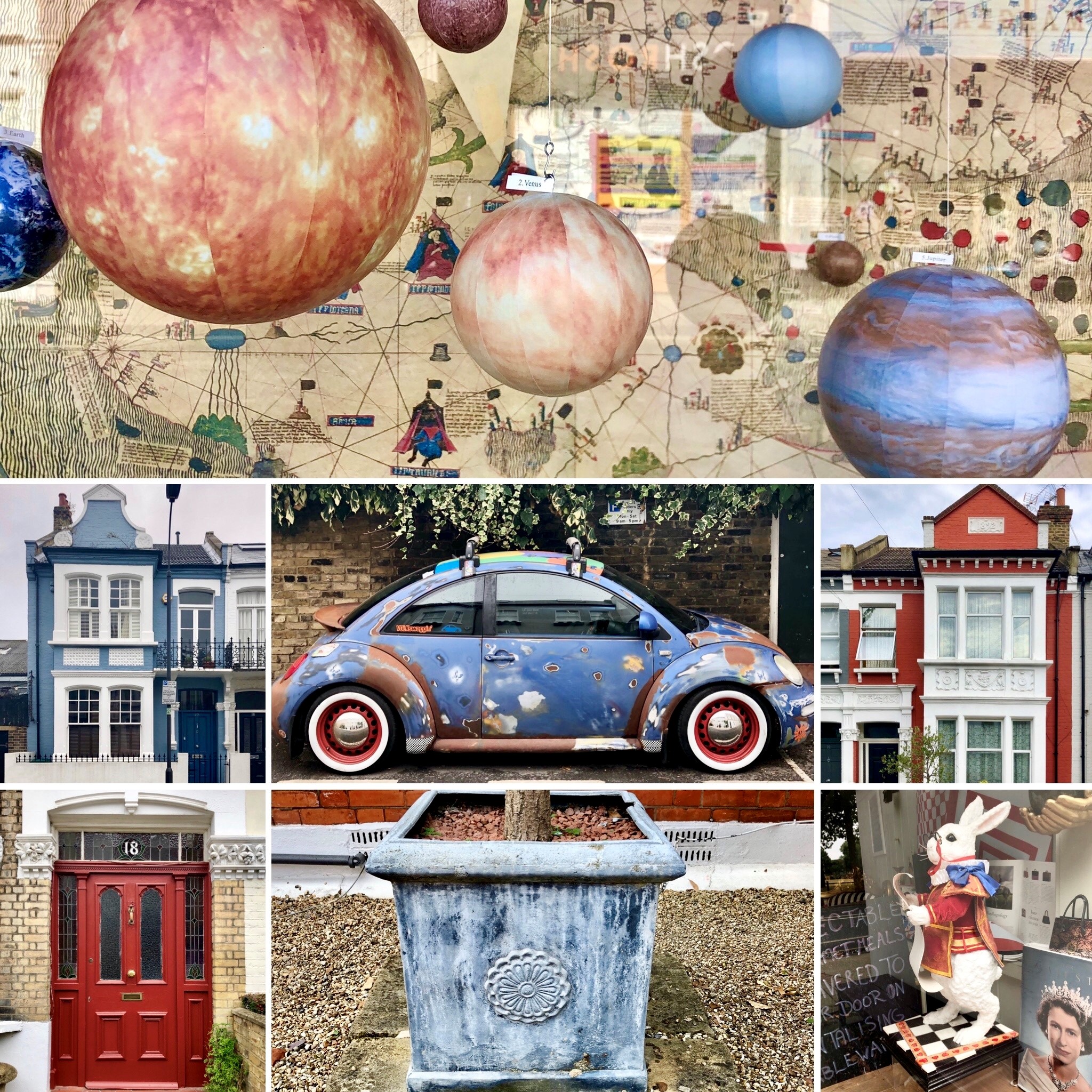 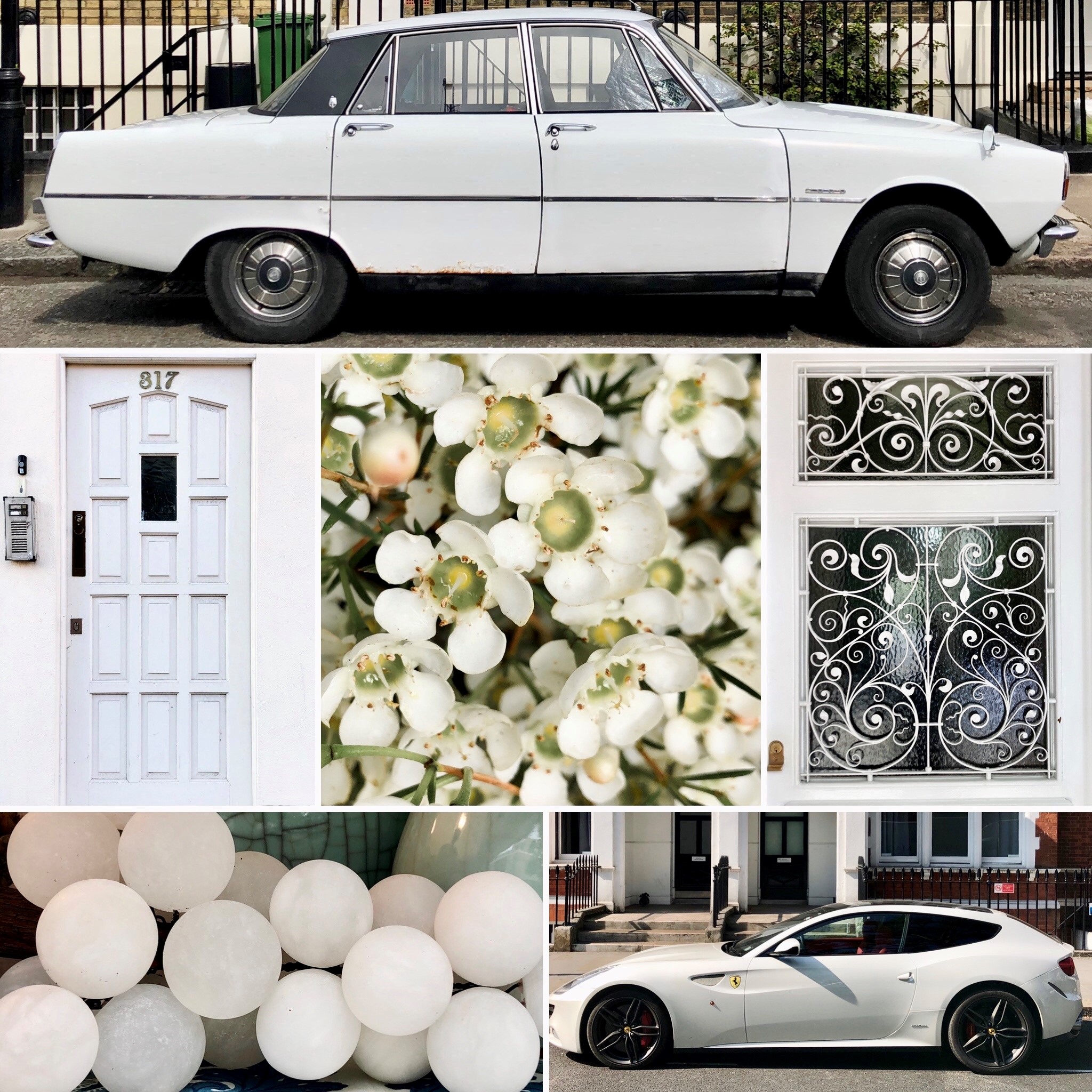 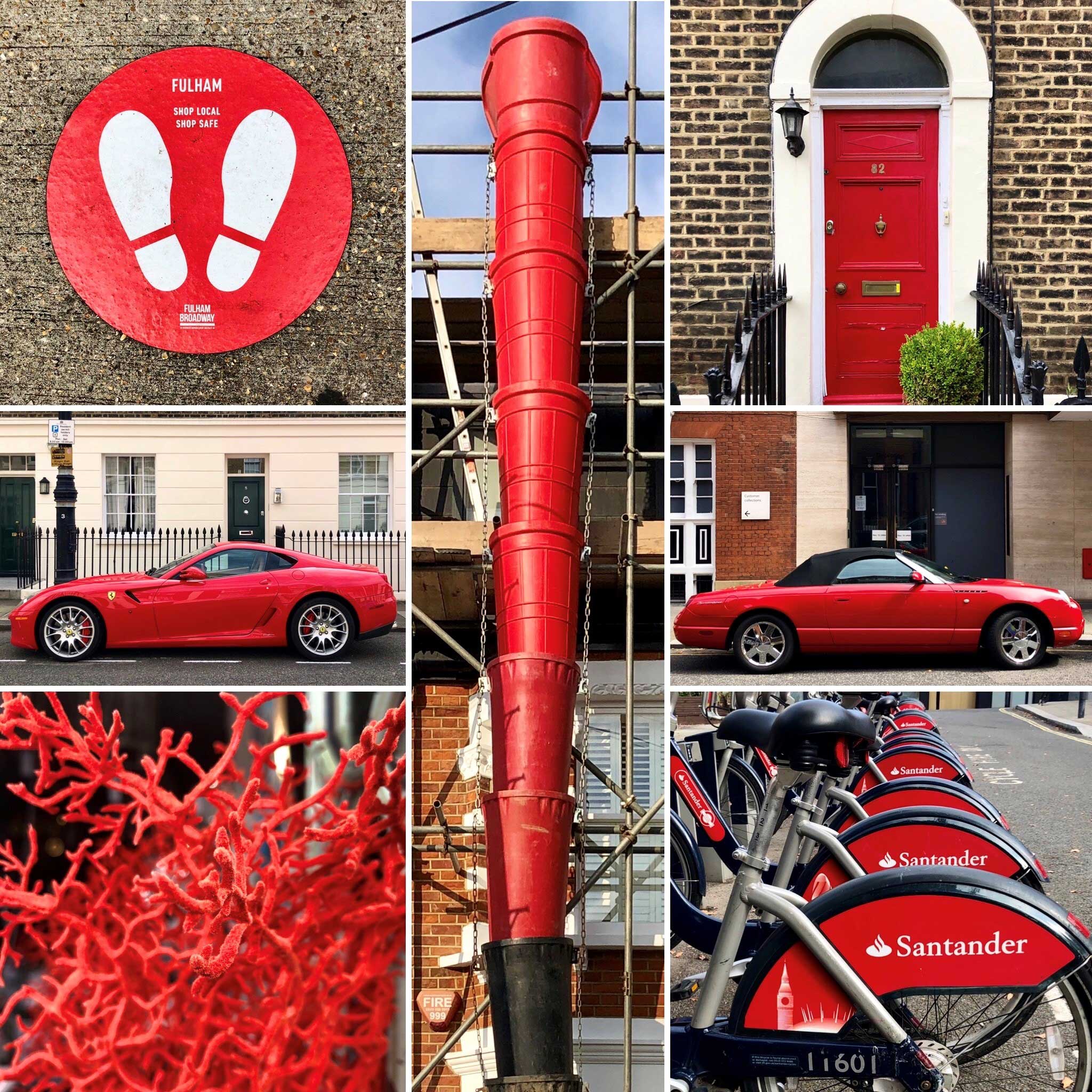 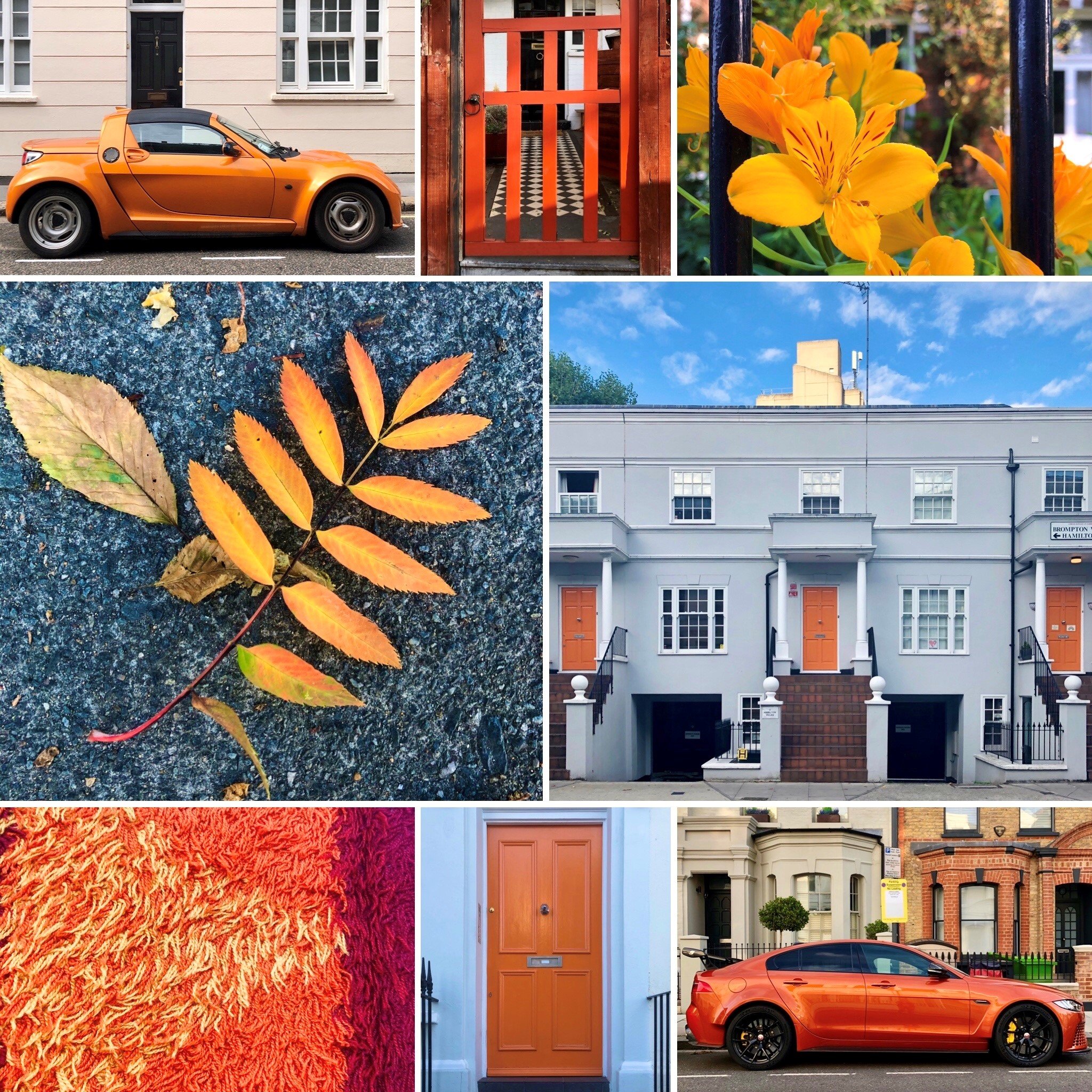 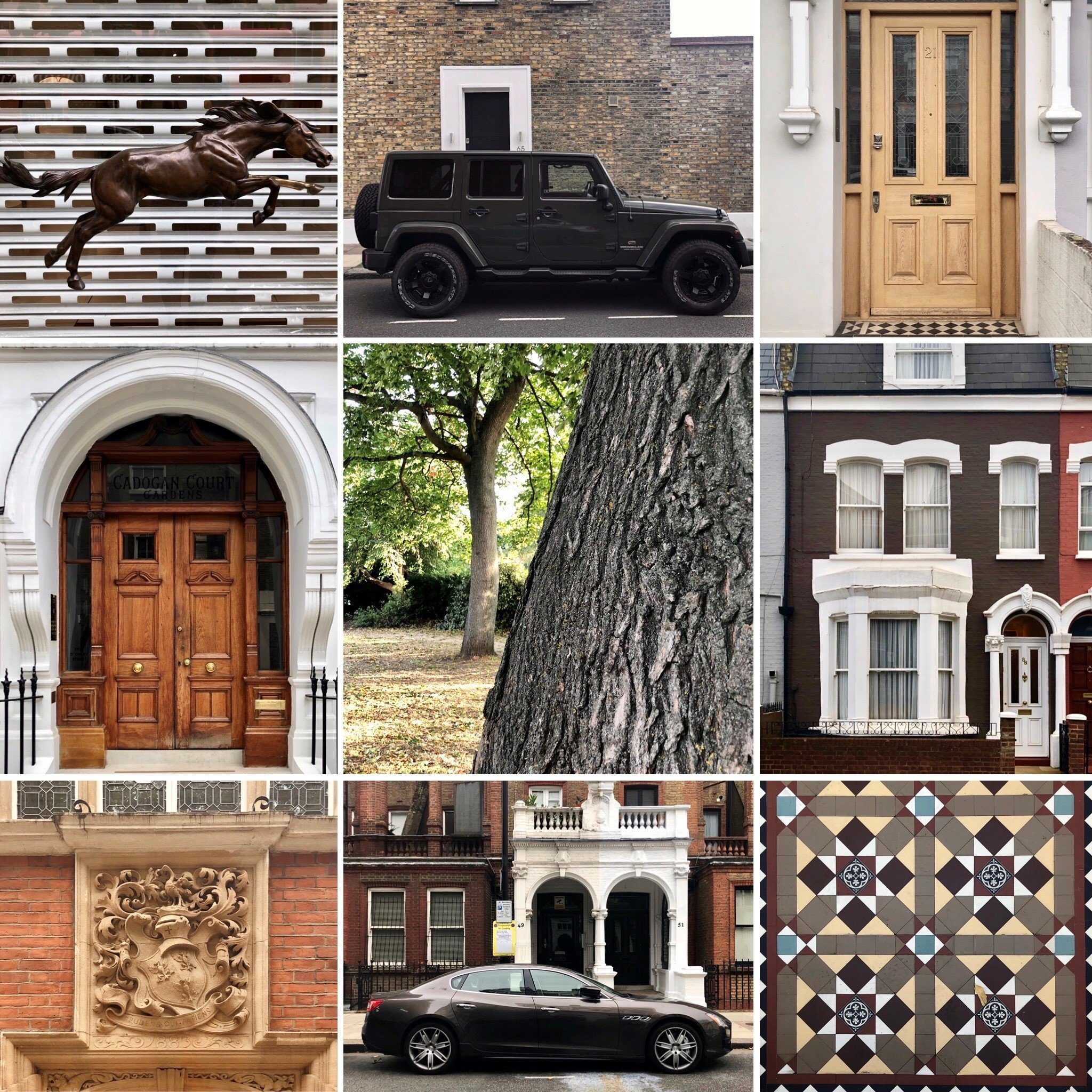 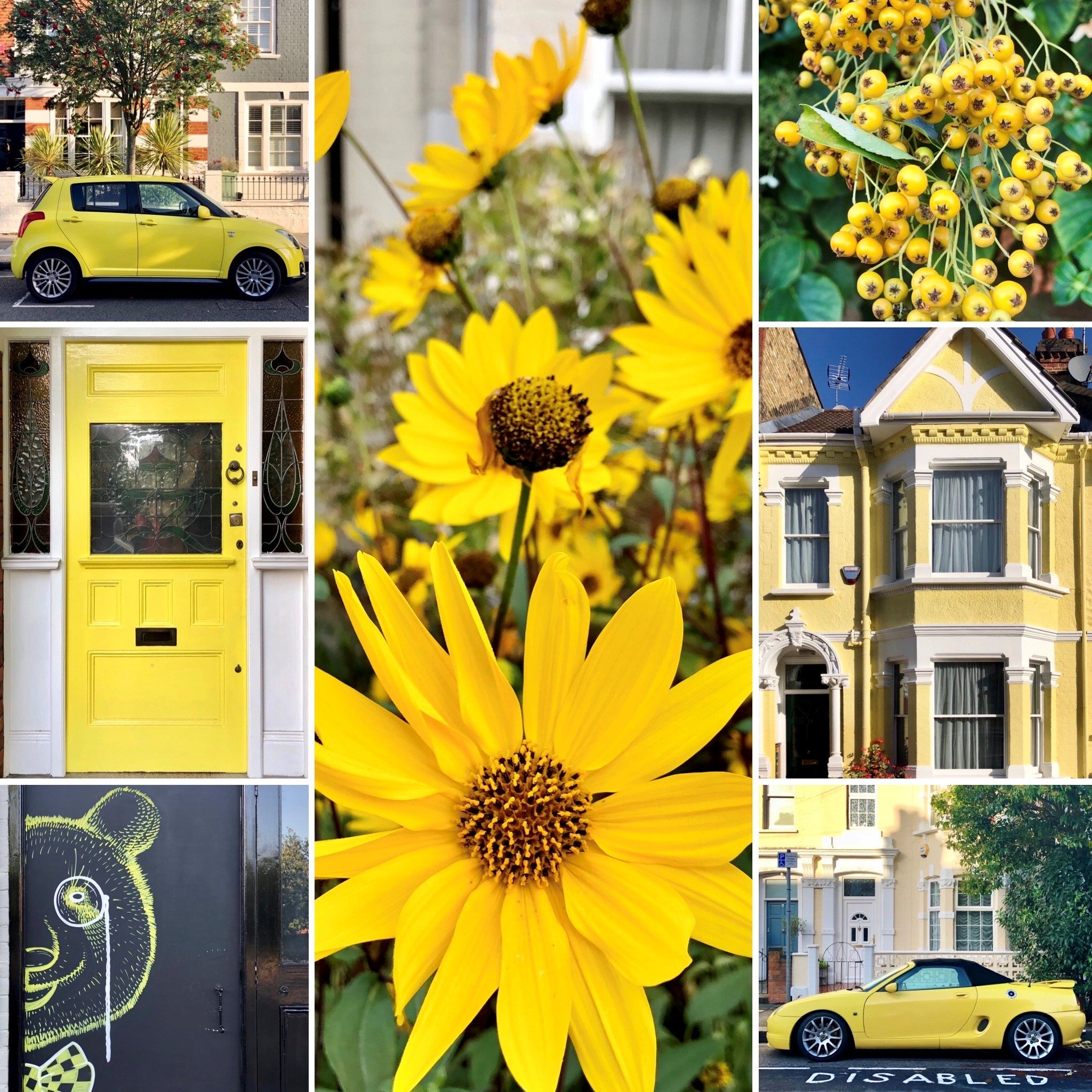 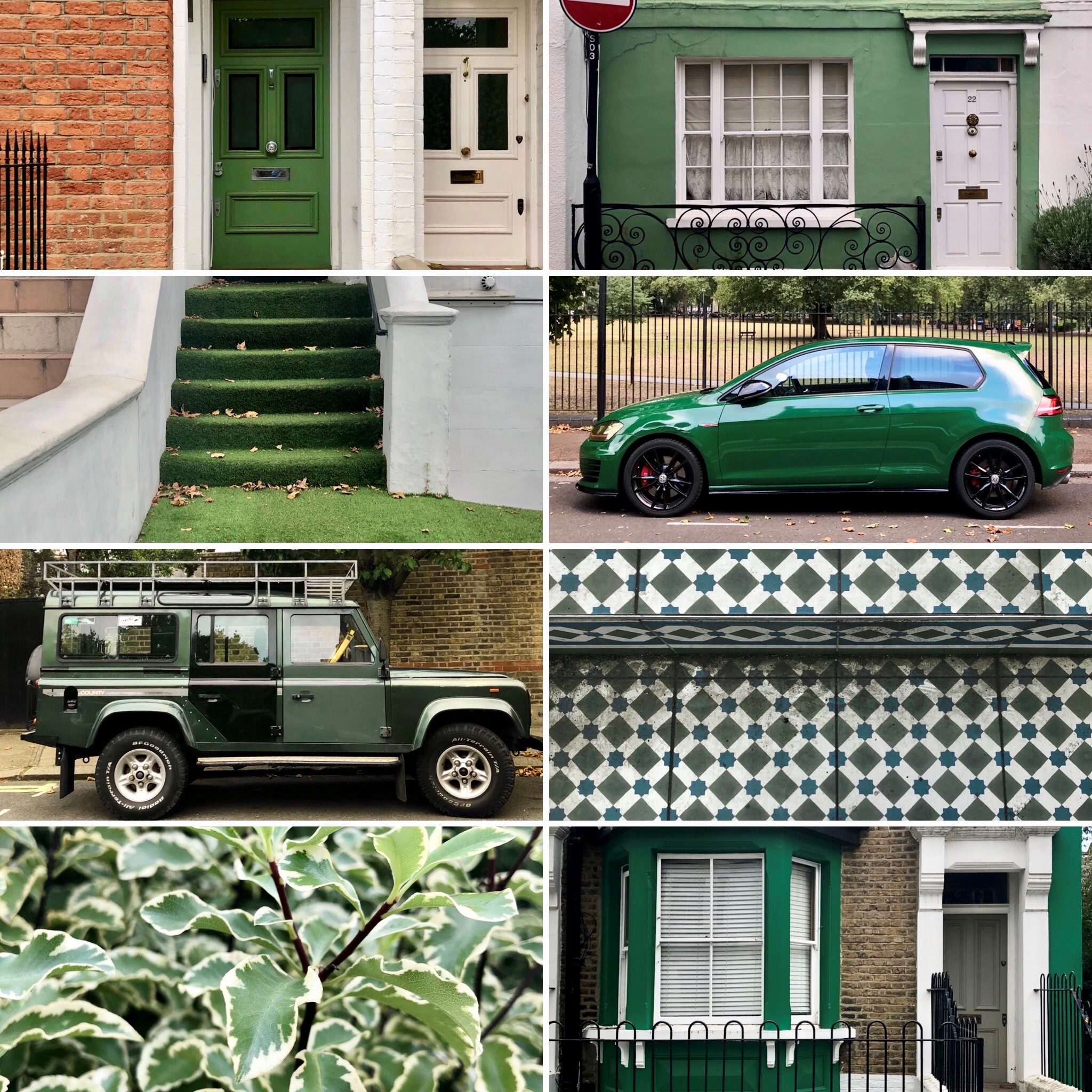 As in my earlier posts please keep the pretty pictures of the cars coming. I did not know there are Ford Thunderbirds in London !