I’m frequently asked if I take all the pictures on the same walk and the answer is yes.  However, that’s not to say I haven’t scouted out possible images on earlier walks (I’m always running about 7 new colour ideas in my head at any one time).

This week, in addition to creating a new rainbow collage, succeeding in completing the second of my Olympic medal colours collage (bronze!), basing an entire collage around a little blue car etc., I also created “glorious greys”, my tribute to the 75th anniversary of VE Day.  I had decided in this collage I would include some British luxury cars which I had spied previously.  So Friday morning saw me zigzagging through Fulham, Earl’s Court and Kensington in order to photograph these beauties amongst other things.  At one point on my otherwise illogical walk, I found myself shortcutting through a mews and was absolutely delighted to see a Union Jack door on a grey house.  A good couple of hours and a cinnamon bun consumed on the go later (love coming across an open local bakery), I had all the images I wanted and was ready to put my feet up! 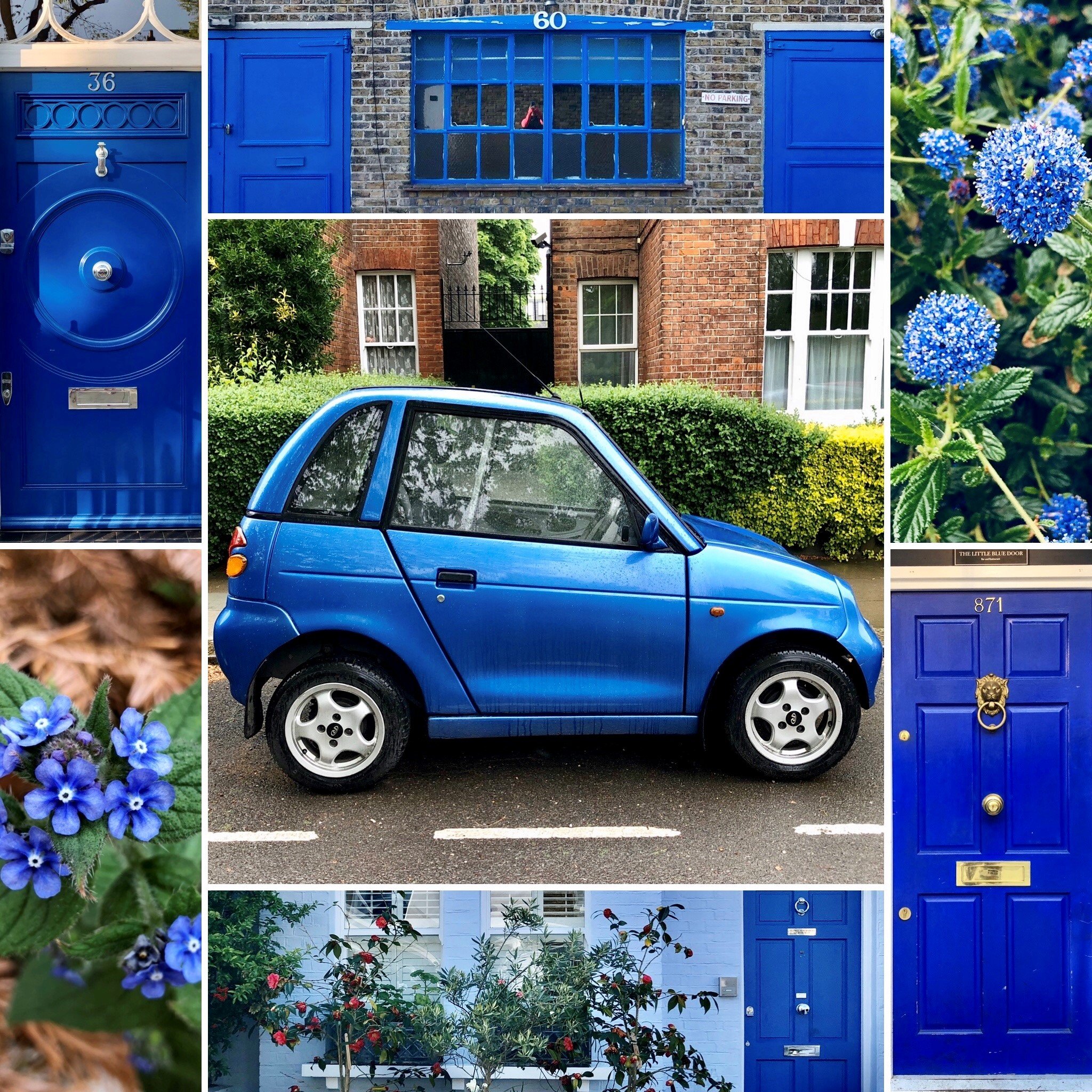 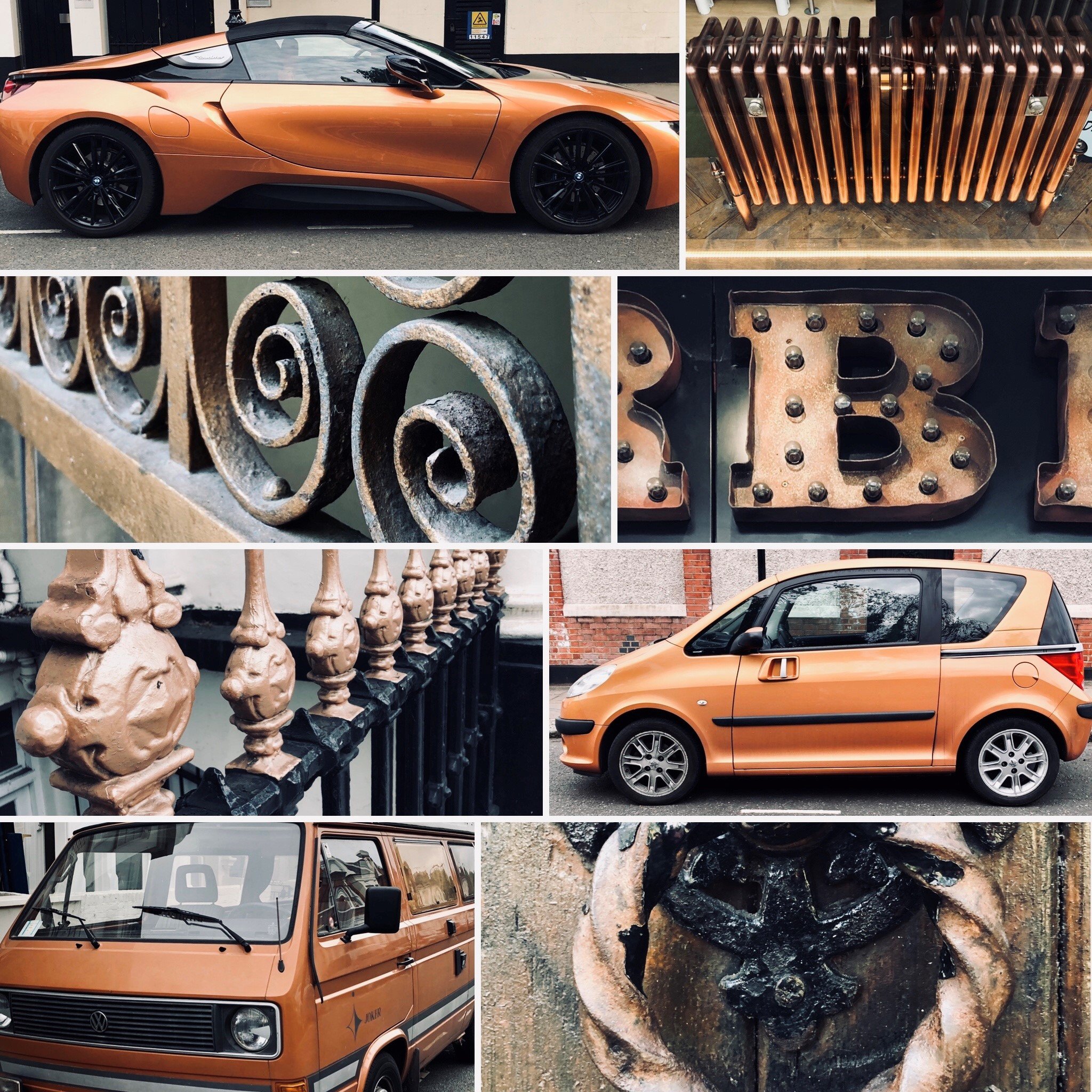 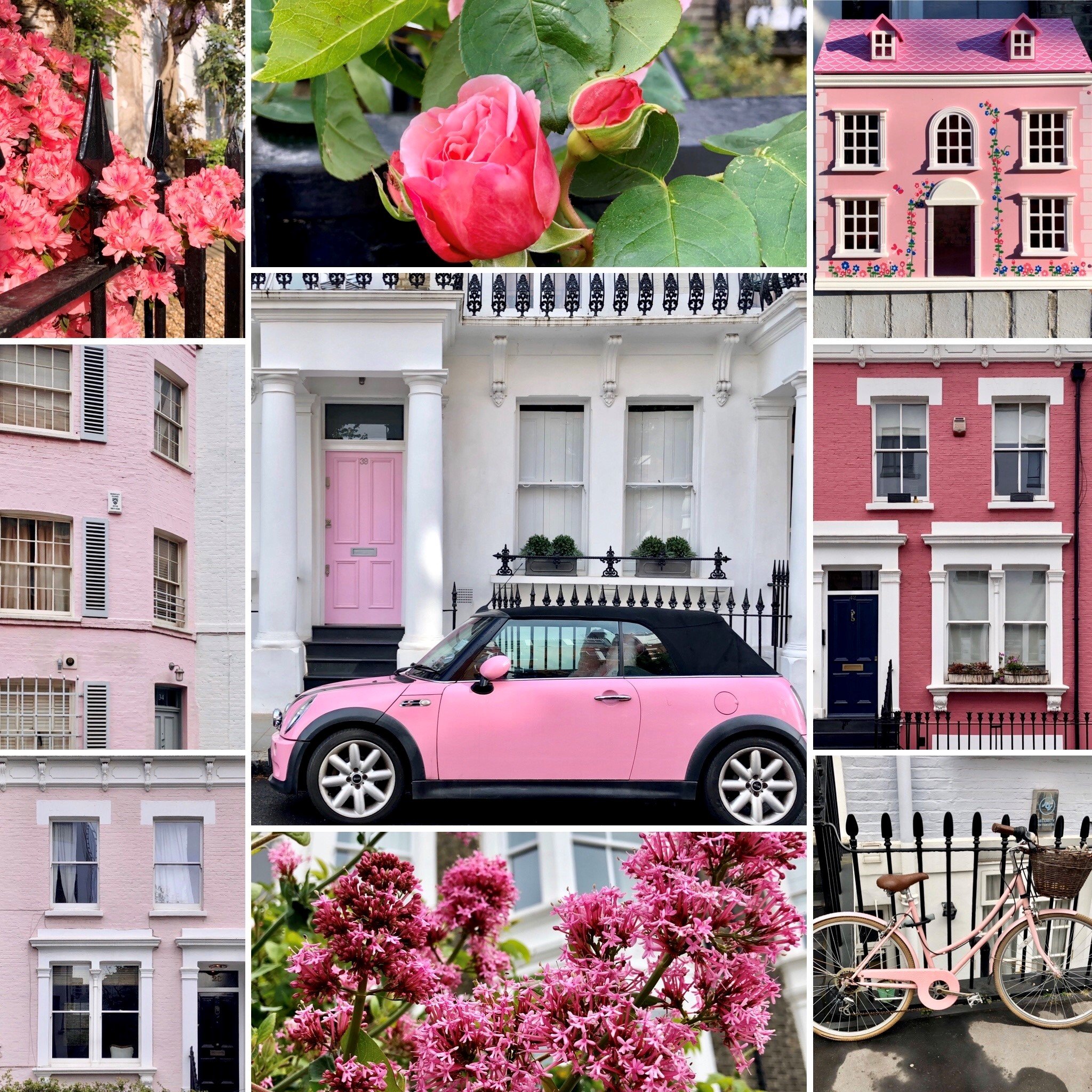 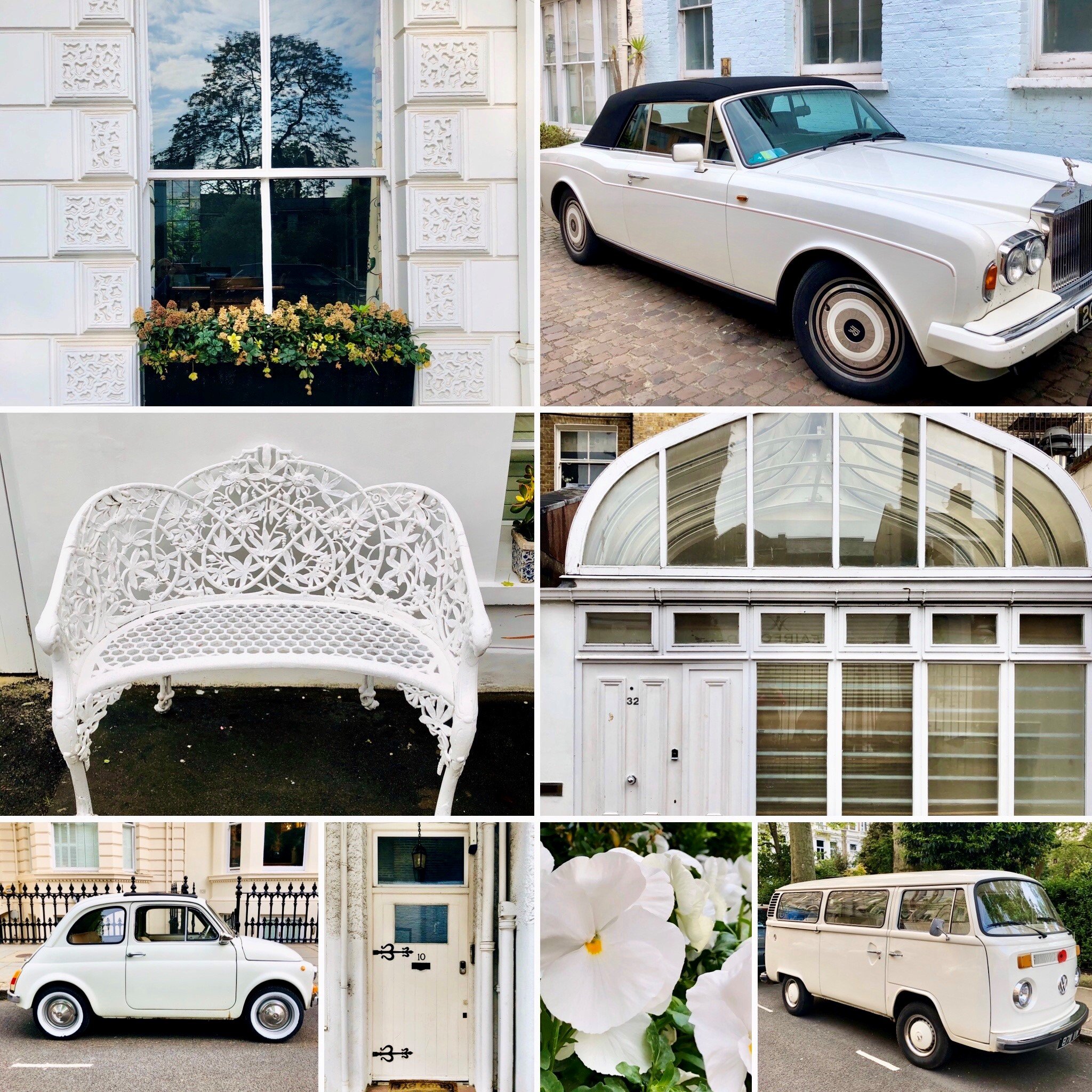 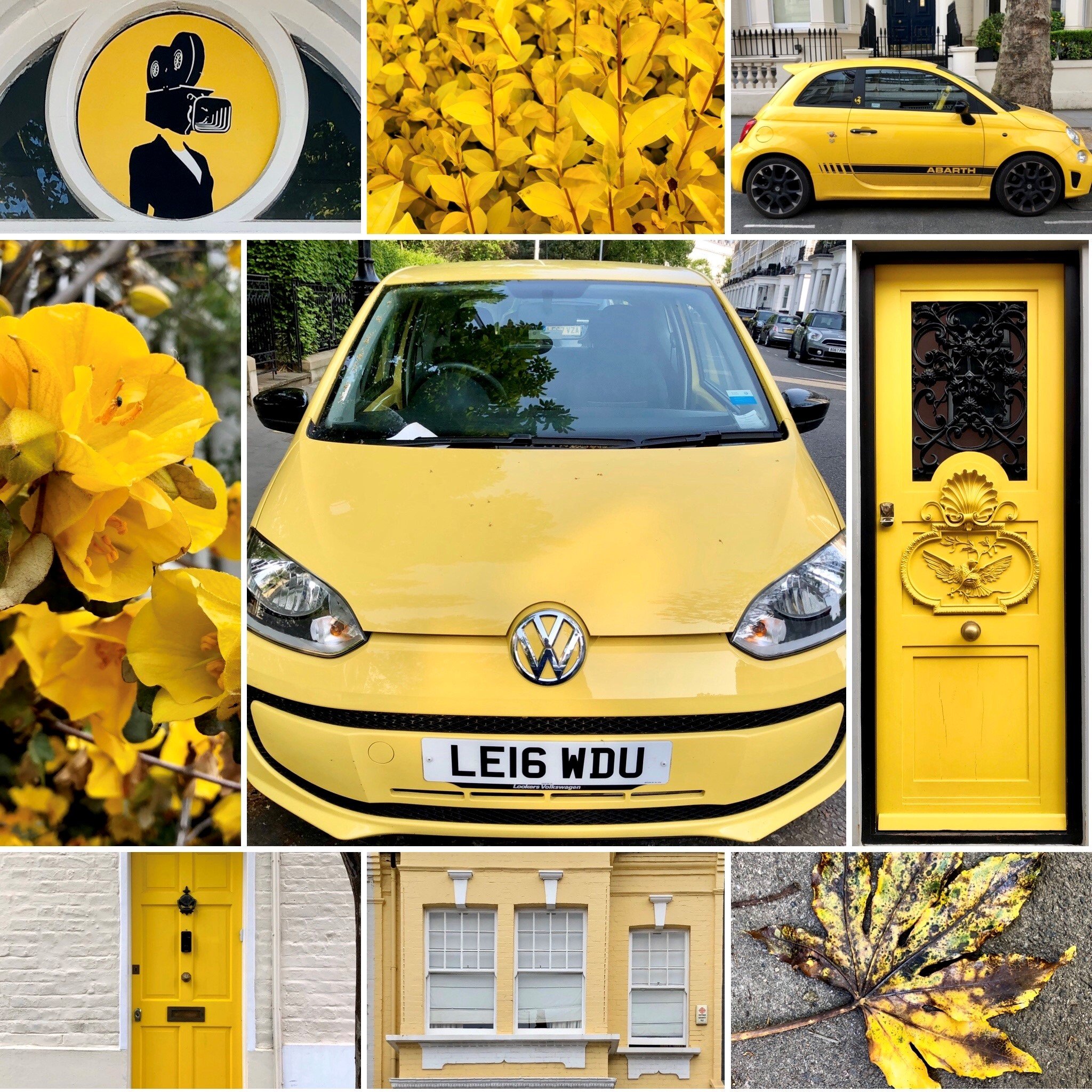 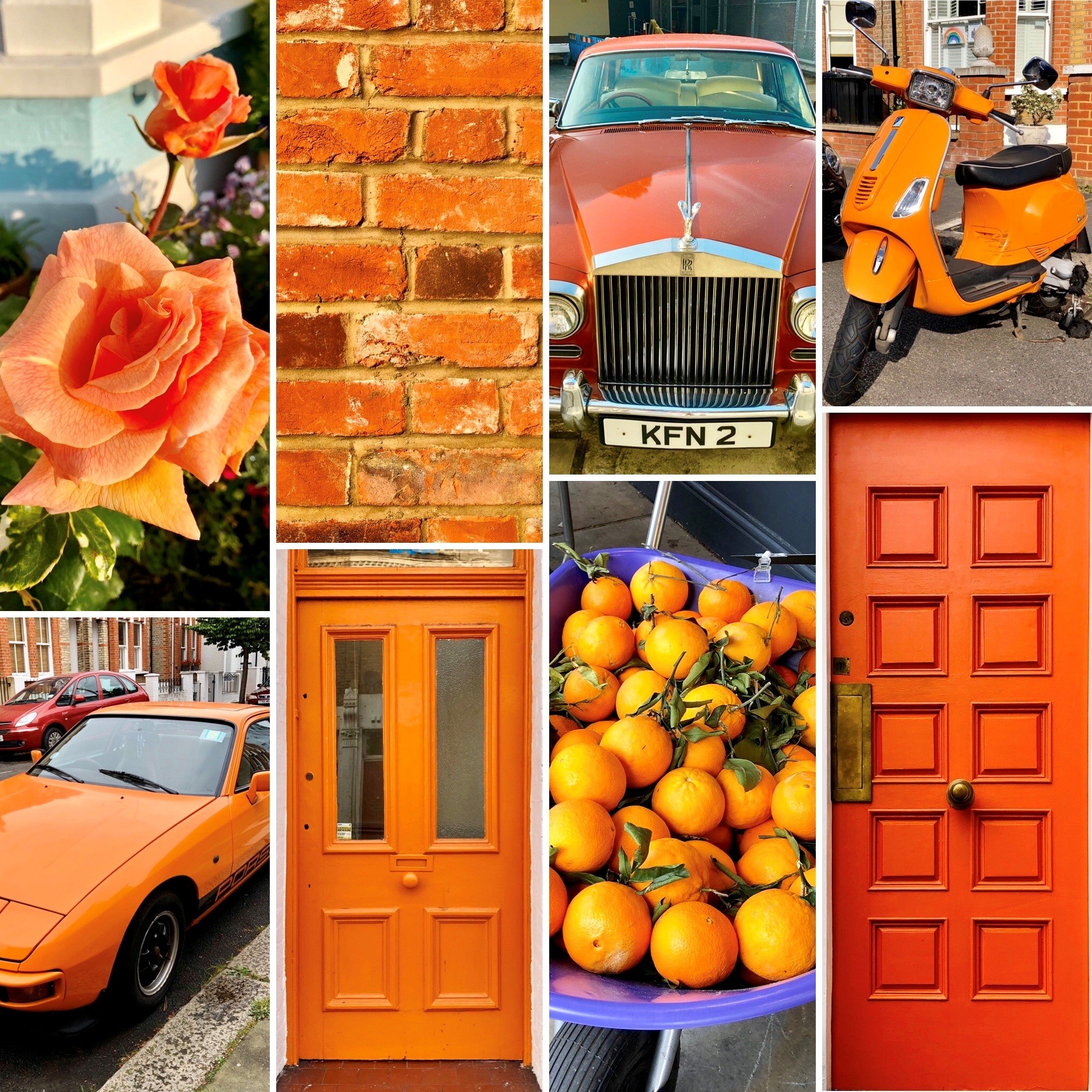 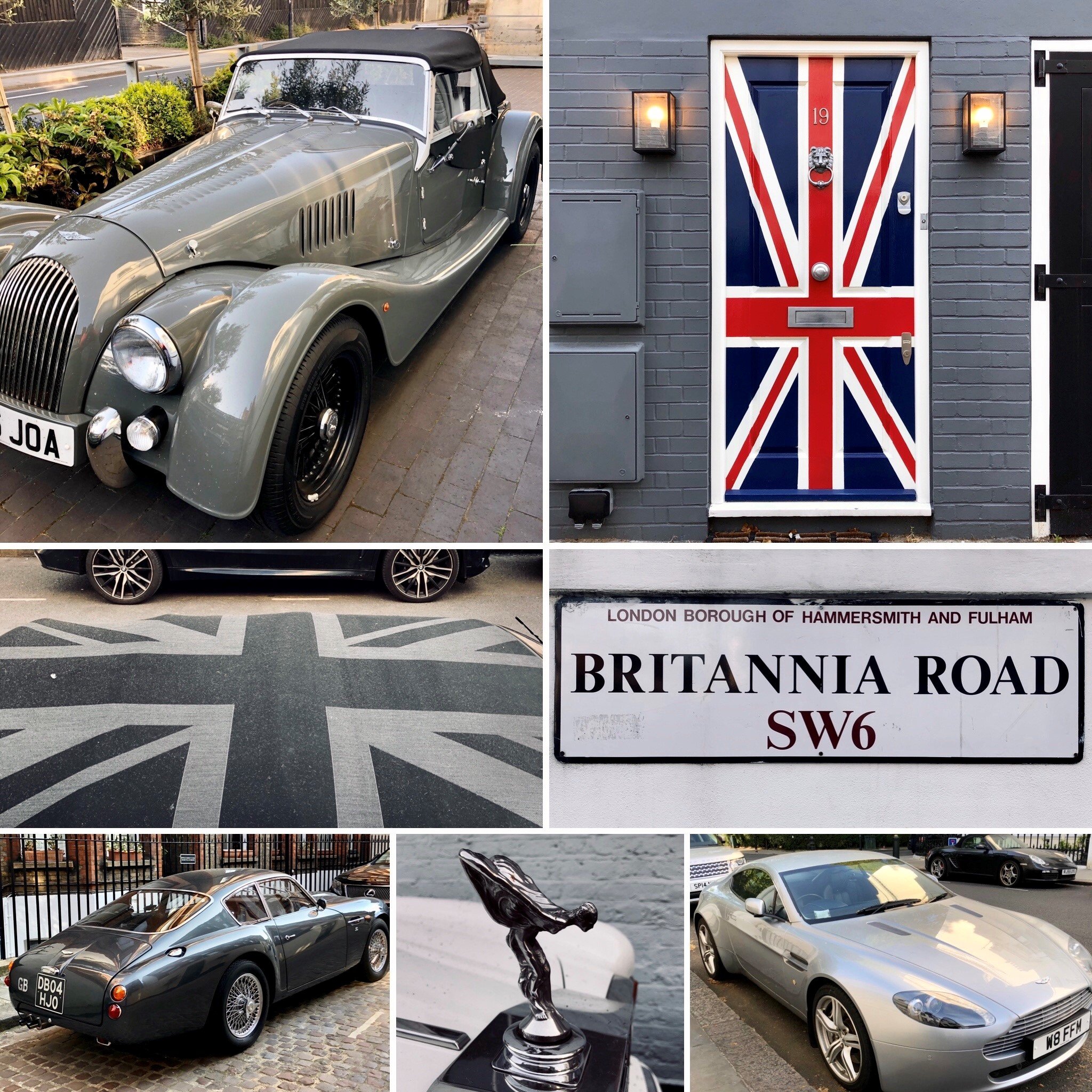 This is absolutely stunning JMTNZ, thank you for another weekly dose of cheerfulness. You have an incredible talent.

Thanks for this. Just lovely. You should be publishing a big, hard copy book of these when we’re out of this mess.