Skip to main content
The Life and Soul of the Party

"I have been asked to join the Social Committee to help plan the Christmas party.  Is this a ladder to promotion and a way for my bosses to see me in action, or something even worse than being poked with shitty stick".

I have been on a few social committees and there are some perks to the job.

Free sandwiches at the internal planning meetings. Maybe some of the overstock of Tab and Pepsi Zero from the client fridges. The chance to taste the canapés to be served at the event.   A succession of small glasses of wine at said tastings to select the drink.  A password protected link to a website showing six 40-something year old men playing "Sex on Fire" whilst a 23 year old in a short skirt belts out the lyrics as if she was on X-factor showing how many notes she can fit in a single syllable.

You also get to have some chats with the finance director and the partner designated to supervise the party.

However the downsides are legion.

Every choice you make will be be criticised and subject to scrutiny. Some petty partner you have never heard of will be asking you why you selected this venue or that date, who are the "we the social committee" you referred to in your email announcing the plan and on what basis you were selected and authorised, all of which should properly be addressed to the managing partner but for the usual reasons never will. Your email sending out this selection will itself generate a barrage of out of office replies leaving your inbox in suspension due to being over capacity.

The date won't work for the matrimonial team as its the day when they write their articles for the free local glossy mags talking about New Year being the busiest time of the year for divorces.  You know, the same articles as ever other matrimonial team writes which never produce any business.  Nor will it work for corporate as its too close to Christmas, nor for property as it is not close enough, nor for tax as it clashes with the visit of their biggest tax avoider client. Nor anybody else as they wont agree to something which any other department agrees to.

The chats you have with the FD will solely relate to the fact that the budget is being reduced and you can only have one glass of house white or red per head and only canapés from the "basic" menu not the luxury menu with two protein based choices and the mini beef and Yorkshire puddings. An you can't have a band AND and DJ.  And no mini casino, only giant Jenga in the corner.  And fee earners have to pay £15 per head. And so do support staff. And you must collect that money.

You will have had tastings at The Savoy and The Clove Club but the final venue will be downstairs at the Bung Hole Tavern.

"The band performed at one of our previous do's"

The Social Committee itself will be dominated by one member of the support staff who has worked at the firm for 27 years and knows where all the skeletons are buried and who slept with who.  They are untouchable, bullet proof.  They even have their own office hours and a desk bigger than the managing partner's, but in a nicer part of the building.  With pot plants that are real and not plastic.  There is no way your opinion or choice will count for anything as between the old timer and the structure of the Social Committee there is no way you can have any bearing on the plans.  No mud will ever stick to the "old timer", the partner in charge or the FD - you are the sacrificial lamb. 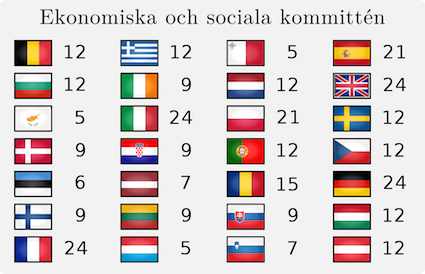 "This is how we weight the decisions"

On the night, you spend your time sorting out fights and complaints  - and that's only before you go, when you tell your partner that this year it's no partners (even though every previous yer they bitched like mad that they were expected to go).

After the party there will be an email sent around the office from the senior partner thanking the old timer by name and the "rest of her Committee" for a great night. Swiftly followed by a succession of "helpful" comments from the rest of the firm about what could have been done better and why didn't you do it here and then and with those and next to this and user it. Some of which may be useful but which are never provided before, but only too late, to allow the giver of the advice the satisfaction of feeling that they could have made it a great night without the bother of having that theory tested.

So unless you have the thickest skin in the world, or a cousin at an events company who will give you 10% of the bill as a backhander it’s a no from me.

Wow. That pretty much sums up what I would have responded! Top stuff! :-) One positive could be early warning of in fragrante delicto activity. Unless you know it will involve someone who decides your next salary/bonus, forget it.
16
Vote up!
15
Vote down!